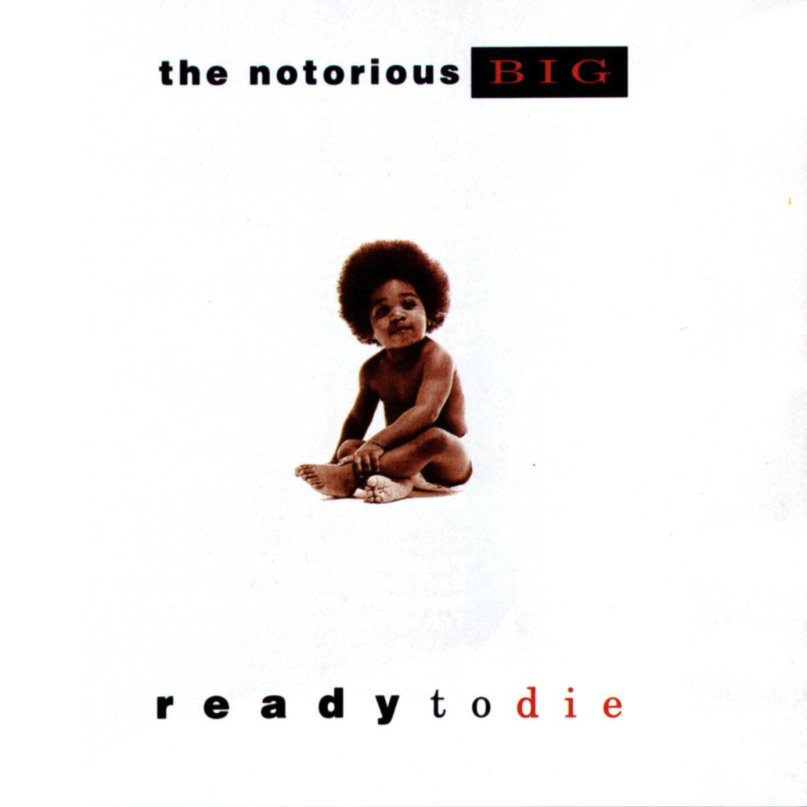 In Ready to Die, his debut album, Biggie finally got a chance to tell his underdog story.

I think “Suicidal Thoughts” is EXCELLENT! I’ve heard it over 30 times in a month span, and each time, I hear it from someone else’s perspective:

Big’s Perspective:
In Biggie’s perspective, he is justifying why he wants to kill himself. What makes his perspective so intriguing is, that, even though the topic is about suicide, he decided to rap in a relaxed/chill manner. I actually think this aspect is very fitting, as, it seems he’s convinced that he wants to kill himself, and people who are usually at peace with this decision have no reason to be aggravated.
This is probably the most vivid perspective of someone thinking about committing suicide that I’ve ever heard.

Puff Daddy is playing the friend that Big is ranting to on the phone. At first, he is calm and is dismissive of Big’s thoughts, but as Big continues to talk more and more crazily, Puff becomes more worried. This perspective is straightforward.
Everyone Else’s Perspective:
You then have the perspective of Big’s baby mama, his mom, his record label, his friends, the food he left in the fridge that he wouldn’t be able to eat if he shot himself, and more.
Overall, “Suicidal Thoughts” is a cinematic/well-written song that deserves an Oscar nomination.

After killing, thinking about death, getting his johnson devoured and wrapping an umbilical cord around his neck when he was a baby, it’s finally time for Big to get sexy!

“Big Poppa” samples “Between the Sheets” by the Isley Brothers, and it is almost sounds identical to it. But lets all be honest (In my Somalian from the Captain Phillips movie voice), it’s Big’s beat now! With the beat being smooth, sensual and flat out sexy, it’s odd hearing this fat person talk about what he has and how he can serenade ladies. But Biggie is such a good rapper, you can look past his obese stature and burger-munching voice.

“Big Poppa” almost sounds like a joke, right? An absolute mockery of a real love song. However, Big’s lyrics and swagger is so good, it turns out to be a classic. It might be the best accidental love song I’ve ever heard in my life!

This beat attached to “Everyday Struggle” is tough! Doesn’t it take you on a roller-coaster ride? First it’s like elevator music that is soothing to the ears, and then the beat does a “BAM BAM BAM,” and it becomes an untamed animal that’s frustrated that it can’t have you as its lovely dinner.

Biggie gets straight to it on his verses on this song. As listeners, you get a chance to take a journey into what he goes through on a usual day, and it’s so vivid! It Reminds me of a baby daddy on Maury trying to explain why he’s not the baby’s father.

How many rappers (let alone people) can make a song in which they’re openly admitting to thinking about suicide? It’s so real that it is rather disturbing. If I was one of his homies in the studio during his recording session, I’ll tell Big, “YO, this song is hot, bro!” Then in the most gangsterous way possible, I’ll ask him if he was tryna go to church with me on Sunday.

Obviously “Juicy” is a great song, but has anyone ever explained why it’s great?

First off, it starts off beautifully with Big saying, “F–k all you hoes!” (How elegant and perplexing) and then proceeds with Big saying, “F everyone blocking him from making money!” Surprisingly, his ‘f–k you’ list is not that long… You know how long my list of “F–k you’s” would’ve been if I was a rapper? “F my neighbors! F the landlord! F cox cable! F the person that told me I shouldn’t say F everyone! F my girl! Then F myself for being a rude ass to my girl! F the Oscar’s committee….On and On, F and F!

What I really like about this song is Biggie’s tone on it: He’s angry, but not that angry… He’s reminiscing, but grudging at the same time… Everything seems so real! Matter of fact, his verses play like an award speech.

The woman on the chorus to this song is amazing, but what is overlooked by many is Puff Daddy playing the little homie in the background saying, “It’s all good” over and over again. He sounds like that one friend you have that has 75 cents you need to buy the rest of that 2 dollar soda you want.

Big starts his verse by saying, “Super Nintendo, Sega Genesis/When I was dead broke, man I couldn’t picture this!” Doesn’t it just sound like struggling video game systems? Try substituting the video game systems of today into this scenario: “Xbox 360 and PlayStation 3 with Blu Ray DVD capability-sis/ when I was dead broke, I couldn’t picture this!”  N—a, you don’t need all that S–T!

“Ready To Die” is excellent! Between all the albums that we consider classic in hip hop, this one might be the most animated/versatile. It is fun, sad, smooth, joyful and hard. It’s also disturbing in a way that I never thought an album could be disturbing…

I’ve said it before and I’ll say it again: This album has the best production I’ve ever heard! Puff Daddy does not get enough credit for helping orchestrate such a masterful sound throughout. As for Big, his lyrics are unmatched. He doesn’t use punchlines to sound cool, he uses it to really let the listener understand what he’s trying to say. It’s all authentic from his front, which is why us as listeners love it.

Cheers to a great/classic album!