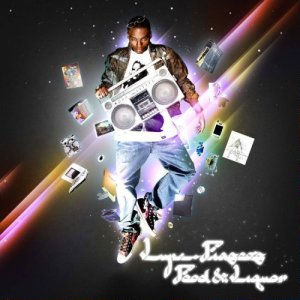 The first time I heard this young kid named Lupe Fiasco rap was on Kanye West’s fantastic ‘Late Registration’ album. At the time, I had no clue that he would end up becoming the go-to voice for consciousness in hip hop.

‘Food & Liquor’ changed my perception of Lupe rather quickly. This album Masterpiece showed off its necessity to be diverse in a time that diversity was needed in hip hop. It also showed off this ability to be political at a time politics from hip hop artists was frowned upon. It was a body of work that showed off this willingness to be unique, and I loved every second of it!

Lupe Fiasco and Jay-Z make a helluva a rap combination, right? At this time, Jay-Z was technically retired, so it was a little surprising that he was actually on it.

Lupe comes hard on this one (Maybe harder than Jay…), but it doesn’t stop him from being weird, though. For a good majority of the song, he’s over here talking about jeans, and in other times he resorts to some pretty bad similes.

There is many different Jays when he raps, and the one we got here was the witty one. I love witty Jay because he raps with this arrogance that cannot be emulated. Anyway, he kills this verse with his slyness, giving us nothing but body blows on his verse.

The Cosby kids sounding singers on the chorus make the song sound like some rap idol s–t!

Though “The Cool” is on the album prior to Lupe’s sophomore effort called ‘The Cool,’ it is actually an afterquel (not sure that’s s a word, but stick with me). The song tells the story of a guy named “The Cool,” which turns out to be someone that thought he was the man then got shot by some gang members. Well on this song, the dude isn’t cool anymore, he’s dead! And as an active corpse, he’s walking around town just as confused as we are.

“The Cool” is dark, but has a rock & roll vibe to it. The chorus is dull, but that’s what it’s supposed to sound like because the Muthaf—er he’s talking about on it is dead!

Cool fact about this track: It’s produced by Kanye West. Who would’ve thunk it?

This was actually the first song I liked on this album. At the time, I haven’t heard an Arab on a rap track since Punjabi MC was on “Beware of The Boys” with Jay-Z.

“American Terrorist” lets people know that terrorism is in the form of everyone; anybody can be a terrorist: Black, white, Spanish, Pot-are Ricans, etc.

The passion on this song is glaring, and Lupe raps relentlessly on his verses. I feel the holy spirit just pressing play on it.

Can you believe Lupe is talking about a robot on every verse on this song? F–k that robot, Lupe!

This song sounds very magical, to me. First off, Jill Scott’s breezy vocals put my mood in the clouds, and the way Lupe raps on his part reminds me of an adult telling his child a bedtime story. As I think about it, this track should’ve won either a Grammy or even a Pulitzer prize award.

I’m not going to lie, “He Say, She Say” is a bit confusing. On it, there is a boy, a mom and dad. The dad is a deadbeat, and both the mom and the boy want him not to be. Each verse you hear Lupe lay down on this song is from the perspective of either the mom or the boy. The interesting thing is that both are practically saying the same thing on their respective parts, which should make what you hear sound like one big rip-off, right? Not exactly. If you listen closely, the track impacts the listeners in two different ways: Listeners get a chance to hear what a disappointed mother sounds like on the first verse, and in the second, they get a chance to hear what a neglected boy sounds like. Isn’t that exciting!?

“He Say, She Say” is important, but doesn’t shove life lessons down your throat like you think it would. That’s what I love about Lupe Fiasco’s style.

For 16 tracks, we got to enter into the mind of a zany rapper, and that zany mind doesn’t disappoint. From start to finish, Lupe holds nothing back when it comes to giving us his opinion, touching on topics such as terrorism, neglected children and even dead people. You never know where the album will take you, which I believe results in this exciting roller coaster ride. If you like rap adventures, I think this album is the perfect listen for you!