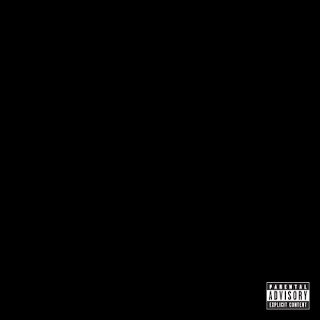 To me, both The Cool‘ and ‘Food & Liquor‘ are just as great as ‘Illmatic’ or ‘Reasonable Doubt’. Unfortunately, Lupe kinda threw us all a curve ball with his lazy ass ‘Lasers’ album following those two, meaning he’s made 2/3 classics so far. For this album, Lupe promised to go back to his roots, which he stated as rapping tough over hard ass beats. That’s an extremely good sign for his true fans like myself.

The album boosts features such as Pooh Bear (Yawn), and Guy Sebastian (Who). The album does have some impressive beats from The Runners, and 1500 Or Nothin, though.

I think music like “ITAL (Roses)” is great, because its whole uplifting vibe can mean a lot to a listener going through some pain inside. Not only does Lupe touch on the respect we need to give to ourselves on his verses, but he does it in a way that sounds extremely joyful. You simply don’t get enough music like this these days.

These are the type of songs I like Lupe on: It’s positive, it is joyful sounding, and it is simply easy on the ears. Throughout, Lupe and Bilal talk about their women like they just met them for the first time, giving off these happy-go-lucky vibes on their respective contributions. There isn’t anything super immaculate about what they give us, just solid bars, as they rely on the vibes the feel-good instrumental gives off.

When Lupe said that he wanted to release nothing but hard ass music, this is the perfect example of it. The beat is tough, and Lupe is coming hard as hell on it. BTW, if you aren’t blown away by his wordplay on the verses, you need to head over to the nose, ear and throat doctor.

This song reminds me of the intro music to a boxing match.

This is another one of those hard ass beats that Lupe Fiasco promised to us. I bopped my heard from start to finish, despite his random ass content.

‘Strange Fruition’ is a very dramatic track from Lupe. He gets very real on it, calling out some injustices going on in his hood. You can hear the frustration in his voice, which always makes for some riveting music.

The dramatics of the Auto-tuned singer on the hook gives this track the passionate boost it needs. Matter of fact, I’m not even convinced that’s a singer… It sounds more like a vending machine, if you ask me.

If Hip Hop had a comeback album of the year award in 2013, it was ‘Food & Liquor II’! You will find yourself listening to this album straight through, because once you hear one song from it you will wanna hear another immediately after.

I feel like Lupe stays in his lane on this one, which is something I always hoped he would do.