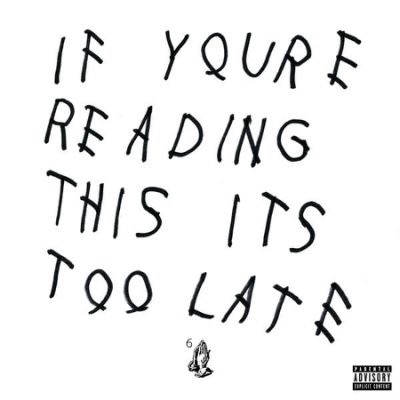 When we all got a chance to listen to this album for the first time, one of the things that stood out to us was its approach. It seemed like the album catered to Drake’s long term mission to solidify his spot in hip hop, therefore it gave off a bit of a darker tone than his previous efforts. Today, I do an in-depth review of it, giving you what I think is the top 5 tracks from it, and my overall rating!

This was the only track that was swirling around on the Internet before the album released. I thought it was gonna be on Carter IV, but it ended up on this album; it definitely fits, though.

There might be a rarity on this song, folks: That rarity being that Lil Wayne might (and I mean by the hair on his chinny chin chin) have beaten Drake on a song. Lowkey, Drake has been slaughtering Wayne on collaborations, including the following:

Miss Me,
Believe Me,
I’m Goin in’,
Successful,
Ransom,
Only.

(I’ma give Wayne Truffle Butter to be nice)

So I guess Drake had to let him get one here.

‘You & The 6’ is a very heartwarming song by Drake towards his mother. I can assure you of one thing, though: Drakes mother isn’t Nigerian. You can never use the aggressive tone he’s speaking to her with on his verses on a Nigerian mother. If it was my mother, she would’ve slapped the hell out of me and said, “If you ever talk to me like that again, I would throw you out of three windows!” (That’ll actually be a nice response from her).

I like this song because the theme is pretty cool. On it, Drake is giving us listeners a view from his side of the phone when he has conversations with his mother. You don’t hear songs like this often, therefore, I feel like people tend to connect with it more.

‘Energy’ is all in your face! It’s like giving a black Dennis the Menace the mic to rant. Drake sure is good at venting on the mic, right?

Lyrically, there’s nothing spectacular about this track, but the tenacity Drake’s rapping with is what makes it special.

I am not his enemy, and I can care less about his energy, but as for his money and women, I am very interested in inheriting that.

This track flows perfectly! It seems like Drake is rapping to the beat exactly how it should be rapped to. (I know that explanation sounds simple, but try telling Lil Yachty to do that and you’ll see how hard it actually is) It’s almost like every hard hit the beat gives you (Which is many), Drake gives a good line.

I have a few beefs with Drake’s lyrics on this song…In the six cooking with the wrist motion? Bleu DaVinci references? him having bands? This coming from a boy that was in Canada making Saturday afternoon ‘Saved by the bell’ type television shows. I’m not saying that Drake definitely didn’t write his lyrics on this song, I’m just saying lemme hear AC Slater on the mic.

Ironically, this song is called “Know Yourself,” but it’s rumored to be written by someone else.

“Know Yourself” is very personal, as Drake talks about the supposed woes he had in Toronto, Canada. I can’t help but wonder what those woes were… Was one of his woes that his starbursts pack only had 2 red flavors in it? Or was one of them that his parents Benz was broken so he had to get dropped off at school in the Buick? Poor Drake.

Other than my obvious sarcasm, I think this song is a very good one. It’s tough, it’s gully, it’s unique! It’s definitely one of Drakes best songs to date.

Drake is a trash-talking, braggadocios asshole on this album, but you know what? We love the bad guy, so we soak it all up!

Musically, Drake just understands what it takes to make a good song: The melodies, the flows, the content, everything. Hate him or love him, you can’t deny that he might have the best understanding of what hip hop listeners want in the history of the genre.