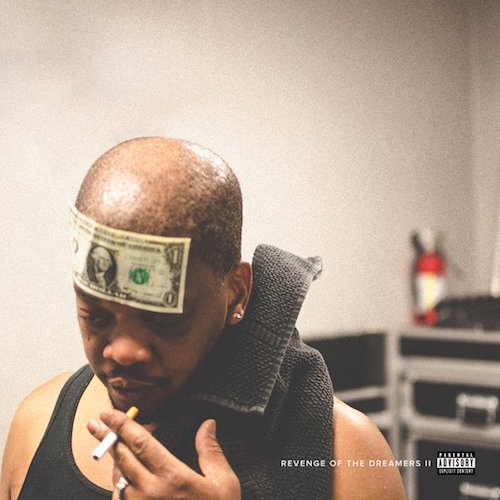 DISCLAIMER: The homeless man/Nick Van Exel looking boy on the album cover has ABSOLUTELY no baring or impact on the quality of music that is reflected on this album…..now lets begin.

Cole and his Dreamville label have slowly but surely assembled one of the most talented collection of young rappers in the game! If y’all are familiar with Cole’s style, you would already understand that lyrically he can go pound for pound with any rapper, and is undoubtedly one of the best rappers in the game. His bars are laced with vivid depictions of his train-of-thought, that hits your soul to the point that you feel like you know him, and his struggle during his quest to the top of the rap game. However, this album showcases the artists that are now a part of the Dreamville family. The group consists of himself, Bas, Omen, Cozz, Lute and Ari Lennox.

Trying to narrow down this album to highlight the top 5 songs was very tough because truth be told – every song is FIRE! Here it goes anyway.

This is a great song. It has a real old school feel to it, which reminds you of hip hop at its finest. Lute tells his story about how along the way of trying to get signed, he couldn’t and still can’t seem to leave the temptations of the hood behind him. His very introspective verses only add further context and grace to his story. I’ am feeling this one very much!

I love this type of soul R&B! Ari Lennox reminds me of Erykah Badu. Her voice is very soothing. You gotta love when artists can take a simple and real life concept like smashing in the backseat of a car (which everyone has done at least once in their lives), and write and produce such an elaborate visual portrait like it was transpiring right before your very eyes.

Cozz solidifies the song with his aggressive and powerful verse.

This song is so dope! Simply put, it’s a lyrical exercise. J. Cole and Omen take you down a dark and vivid journey of individuals that are incarcerated. They also depict the effects that a family goes through while their loved one(s) is in prison. This song is unbelievably heartfelt.

This is a hell of a song. Great lyrics and great beat. The feel is very Future-esque, except for that fact that unlike Future Hendricks, Cozz and Bas can spit their asses off! This song is cool, because it shows how they could give two sh*ts about a bi**h. It’s all about grinding, staying focused, and occasionally letting these chicks bust it wide open for a goon! Typical rapper talk, but their very intentional and precise bars sets it apart from the competition.

The song has a very chill vibe, but goes extremely hard at the same damn time. Bas sets the tone of the song with his flow and hard-hitting punchlines, while J. Cole follows suit like the professional that he is. You gotta love when rappers go bar for bar within the same verse, which displays their organic chemistry on wax!

One of Bas’s most memorable lines is when he says – “Never been baptized, but she soak me all in her holy water!”.

Cole ends the song with a bang by saying – “If these bullets were heat-seeking, they wouldn’t even reach you ni**as!” He clearly feels that his group is the hottest in the game (Mr. Cole, after this album, you might be right!).

Make sure you guys get in the comments box to give your opinions on this review and the album! Let us know whether you agree or disagree.

The album is available on: iTunes (https://itunes.apple.com/us/album/revenge-of-the-dreamers-ii/id1064120175?app=itunes), Spotify and all other major media outlets!