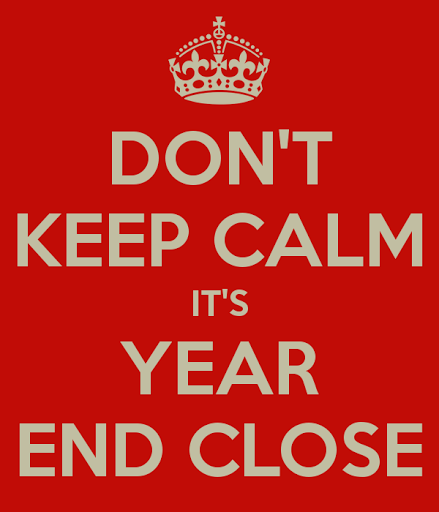 TYGA – ONE ON ONE

When I first heard the song, I initially thought that it was a cheap knockoff of Drakes ‘Controlla’, but as I continued to hear the song in clubs, I actually started to F with it!  The song just makes you feel good, as Tyga talks about going toe to toe with this dimepiece (presumably from Jamaica). I absolutely love this songs vibes, which is why it doesn’t deserve the 2.7/5 I initially gave it! ……..Still a fake ass ‘Controlla’ though.

RIHANNA – NOTHING IS PROMISED

I thought this s–t would be a hit! I thought it would shatter records for 2016! I thought this was sliced bread 2.0! Rihanna is being that bad ass we all love on this song over a very hot beat produced by Mike Will Made IT….. So why wasn’t it a major hit???

How can I be so stupid? ‘2 Phones’….’Really, Really’,? Really Really Q? Like really? Kevin Gates put together an album with some unbelievable hooks, combined with some real gutter records – How could I initially give it a 6.3/10?

Maybe I got too rapped up in the Future hype from ‘DS2’, cause after a few listens, I’ve concluded that this album wasn’t that great. While I love ‘Low Life’, majority of this album is filled with ‘Meh’s’; I rated it pretty high though, giving it an 8.6!

Remember a couple of weeks ago when Souljaboy decided to download the Expedia app and go on an Acid trip filled with Twitter disses aimed at Shia LaBeouf and Quavo from Migos? Well during that time, he decided to release a diss track too that was GOD-AWFUL! It was so bad that it broke a record for worst rated song in the history of The Ratings Game with a 1/5!

You would think an album dedicated to his daughter would be better than this! Too much gimmmicky music, and as a whole, the album seems a bit rushed to me. I think you can do better than ‘Liquor’, ‘F–k you back to sleep’, and I give ‘Zero F–ks’ for a dedication album Chris. Take this 6.1 with ya!

TOP SLEPT ON ALBUM I HEARD

These verses to me are just plain ol bad! I know there might be worse i’ve heard, but this one (Pick any one of the two) was a bit disappointing for several reasons that I won’t quite get into; just know that Jay-Z sounds like an old man that thinks his quote on quote ‘futuristic/materialistic’ ballin’ is cool. It was actually sad for me, cause it meant that Jay was one step away from the retirement home.

Best verse is shared by Cole, and both are fire! While it’s two different approaches from him, it’s the same ugly face I do when I hear them both.
On ‘Night Job’, Cole goes through a lyrical exercise, as he shows off his ability to be clever, flow, and kill with wordplay. It is a quick reminder that Cole rules the rap game, and don’t you forget it.

Both verses on ‘False Prophets’ is simply the realest s–t I heard this year! Cole keeps it real with both his idol, and his friend, offering some constructive criticism for his targets to engulf (When’s the last time you heard a rapper make a song that offered constructive criticism?). He is spot on with every single point he makes, making this a song perfect for some daytime talk show s–t.

I’m F–kin’ with Chances “hu hu’! For some reason it reminds me of the Berestein bears. Nominees were “21”, ‘Lil Boat’, and all those car sound effects that Migos does.

Everyone has their favorite chorus that gets them hyped up, and I guarantee you this one is on everyone’s top 5! It’s funny because The Weeknd doesn’t say much on it, but something about his delivery of the few words is amazing to me.

Tory Lanez provided Meek with a perfect feature! He provided so much energy, so much passion, so much appeal to an otherwise ordinary sounding song; I mean frfr, do you even even care about anything Meek is saying on this track?

I think this is the best beat of the year, because it’s the most unique one. While it does use some elements of your favorite beats of today, Mike was able to add this vintage sound that will not get old anytime soon.

While I like the song a lot, I can’t deny that it is corny af! I mean Drake and DJ Khaled might be in the top 10 of corniest dudes in hip hop today, so I’m not surprised at all.

Doesn’t it just sound like they were fine with selling out to make this hit? It’s almost like Khaled told Drake to water down his verses, and say the most cliche things in the history of civilization.

TORY LANEZ – I TOLD YOU

Can I be a bit selfish guys? Can I talk about what I like for a minute?

I actually love this album! It’s such an enjoyable listen from start to finish. Tory flexes his signing skills, rapping skills, and ability to storytell over some production that happens to match the hunger he came with. Yea he sounds like 7 people on this album (Especially Fetty Wap), that’s why you should view it as a compilation album 🙂

It didn’t make the album at all, but its impact was pretty huge for rap fans. As I stated earlier, Cole keeps it all the way real on this song, as he offers some really constructive criticism to both his idol and his friend.

This Mixtape was so good that the Recording Academy changed their rules and allowed this to be considered for a Grammy. When you do something that changes the game, you deserve number 1. As soon as I put my earphones in and started listening to this album, I was immediately blown away by the level of quality this album presented! Who knew Chance can combine choirs, trap ass rappers, childish subjects, and the overall Chicago experience into a masterpiece for all ages? WHO!?

As soon as ‘STARBOY’ dropped, I knew this was going to compete as the best song I heard this year…. Little did I know that there will be no contest.

I felt absolutely stunned when I first heard ‘STARBOY’! I asked myself: “How did a human being come up with a song like this”, and legit started to find out the math equation The Weekend used to create this song. It is by far the most dynamic song I heard in the last five years.

In this rap heavy site with lots of Gucci Mane entries, the queen rules supreme! As much as I want to say there is some rap album that was better than this, I just can’t! Lemonade was way to riveting to ignore. For Beyonce (World renown Beyonce BTW) to open up to us heathens about her marriage problems, insecurities, and more is one thing; to take those aspects and make it into this high quality, kick ass album is pure greatness! So congratulations B, you win The Ratings Game award for best album! (I’m sure she can careless, but if she wants this makeshift trophy I made out of UHAUL boxes, be my guest!)

THANK YOU FOR READING!

See you guys next year! There is more to come! Keep reading, and I promise I’ll keep providing!