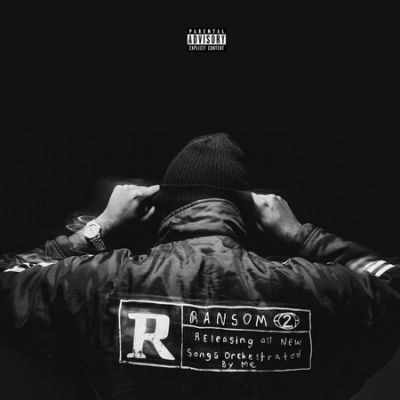 Mike Will Made It is a producer that has some really good friendships in the game right now, so when he decides to make a compilation album, he has the backing of some of raps elite. Unlike the DJ Khaleds of the world, Mike Will Made IT has more of an impact on how the songs are made, meaning we will all get an opportunity to hear our favorite rappers laced up with some superstar beats throughout.

ON THE COME UP

‘On The Come Up’ is a perfect way to start an album off: It’s dramatic, it’s gutter, and it’s our guy Big Sean.

Sean is being aggressive Sean on this track, bragging and boasting like the flashy ass negro that he can be at times. What I like most about Sean’s raps is that he usually adds little sprinkles of humbleness in his rhymes whenever he decides to brag; it makes you not feel as beneath him when it’s all said and done.

Chief Keef is usually the butt of my jokes, but after hearing his voice for the first time in a while, I can honestly say I missed hearing his ignant ass.
This track might just be classic Keef, as he is harmonizing savage lyrics and hitting us with a whole bunch of “Bang Bangs’. He does have some gentleness to his verse though, which I find pretty surprising.

Rae Sremmurd are stars, and once again they provide us with catchy ass verses. I love these dudes melodies, flows, and animation on this song.

This beat a Kendrick Lamar and Gucci track to make top 5? Damn right! And that’s mainly because I want to be allowed in Chicago again.

This song is one of those old school street records that each rapper comes mean on.

21 Savage starts the track off with his signature care free sound, setting the tone of the track immediately.

YG has the second verse, and he gives us a sound that I didn’t know he was capable of making. On his verse, he’s all animated, completely having fun with it; I Didn’t know YG had fun sometimes?

This beat is catered for Migos to kill, and they each kill it accordingly. Not only can I decipher between the three rappers on this song, but I can even appreciate what they do well on it individually.

What a sick ass beat by Mike Willy! I think he does a good job of catering to every rappers sound on this track.

Pharrell on a 2017 trap song (WTF)? So you mean to tell me he finally put down his church clothes? Pharrell literally sounds like he owns a draco on this song!

All jokes aside, Pharrell’s ability to sound street despite sounding whiny is why I’m a huge fan of him! Throughout the chorus he sounds like he’s pleading for a parking spot, but it sounds tight for some reason!

Station Wagon P (LMAO, you had a chance to pick any name and you picked Station Wagon ) has the rap verse, and despite his name, I am ok with it because this heavy hitting beat needed some type of street sounding dude.

This song is tough! One of the tougher records on this album.

You know I love this song, and that is going all the way back to my .net days. I felt like this song should’ve been the song of the summer last year, but it just never reached that level with the mass.

Nothing is Promised’ features the one and only bad girl, which means strippers will come out in full force whenever it comes on. Rihanna is all the way swagged out on the track, cussing up a storm, and bragging her ass off; you can tell she is having fun with the beat.

I’m not the biggest fan of compilation albums, so it is to no surprise that this album as a whole got a pretty average rating from me. I will say this though: The songs that are good on this album are really good!

There is a lot of different sounds on this album, but what is consistent is that you get some really damn good beats regardless! Mike Will knew that he couldn’t simply rely on the name of the artist to get fans to listen to this, ao he clearly decided to put in a bit of work. You will definitely be blown away by some of the beats you hear on here.

I also think that Mike does a great job of catering to each rappers sounds; he shows  why there is a difference between producer and beat maker, cause it clearly sounds like a collaboration to me.

The album is a good listen, but will not last on anyones rotation for more