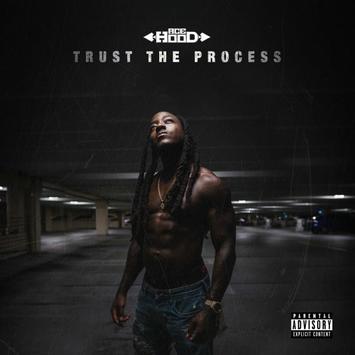 Ace Hood is no longer with DJ Khaled’s ‘We The Best’ label, and for Hood fans, this might be a good thing. Why may this be a good thing you ask? Because I can tell he is determined to once again prove his worth, which I think can translate into some really good music.

On ‘Play To Win’, Hood tries his hand at sounding like the rest of the rappers in the game, harmonizing this motivational hook about failing to concede to a loss. While I will never call Hood a singer, I do think he held his own on the hook.

Isn’t it pretty impressive how Hood goes from this heavily melodic sound to aggressive rapper so seamlessly? It’s almost robotic to me….Hood, you a robot n—a? Don’t lie to me!

‘Came Wit The Posse’ is that mobbin’ track by Hood that rallies all the troops to stunt, intimidate, and stunt some more.

Ace comes with the start and stop flow on this track, sounding as animated as you ever heard him be. Throughout, Hood plays the part of gritty stunter well, as he finds a way to connect with the D Boys in every word he drops.

”Blessing’ is yet another gentle song from Hood in which he was able maintain his aggressive rap style. Hood utilizes such a good melody on the track, sounding like he’s got his eyes closed enjoying all the sinning around him.

‘Life After’ has such a unique sound to me: Hoods fast tempo style is associated to it, but at the same time the song has this slowness to it too.

Ace keeps it real with n—az on this song, calling out all the fake ones around him. I feel like Hood is allowing the beat to take him wherever it wants to take him emotionally, which even has him singing a little in the process.

1. TO WHOM IT MAY CONCERN

This song is the intro to the Mixtape, and it is nothing short of hood passionate. The production has this soulful sound to it, while Ace Hood gives us an update on his life in this vehement way. Throughout, Hood reminds people that he’s still focused on the end goal of providing for his family, and he is ready to get it by all means necessary.

You can’t buy this passion at your local corner store bro.

Time after time I wonder why Ace Hood isn’t a bigger name in the game. I feel like Hood has all the tools that your favorite rapper has, but at the same time raps better than some of our favorites…. I just don’t get it!

On this album, Hood does a lot of campaigning for a number one spot, showing this hunger that would make a lot more artists in the game sound better if they had. You can tell Hood refuses to be denied, which translates to overwhelming emotions on each track.

Production-Wise, Hood picked beats that compliment his style perfectly: Fast tempo, nice bop, and gentle. I don’t think people realize how much of an advantage it is to know your sound.

This is a really solid project from Hood, which I’m sure was aimed to remind Khaled what he’s missing by dropping him. While there is no hard feelings between the two, you can’t help but think that Khaled is on the phone trying to repair that relationship ASAP after this one.