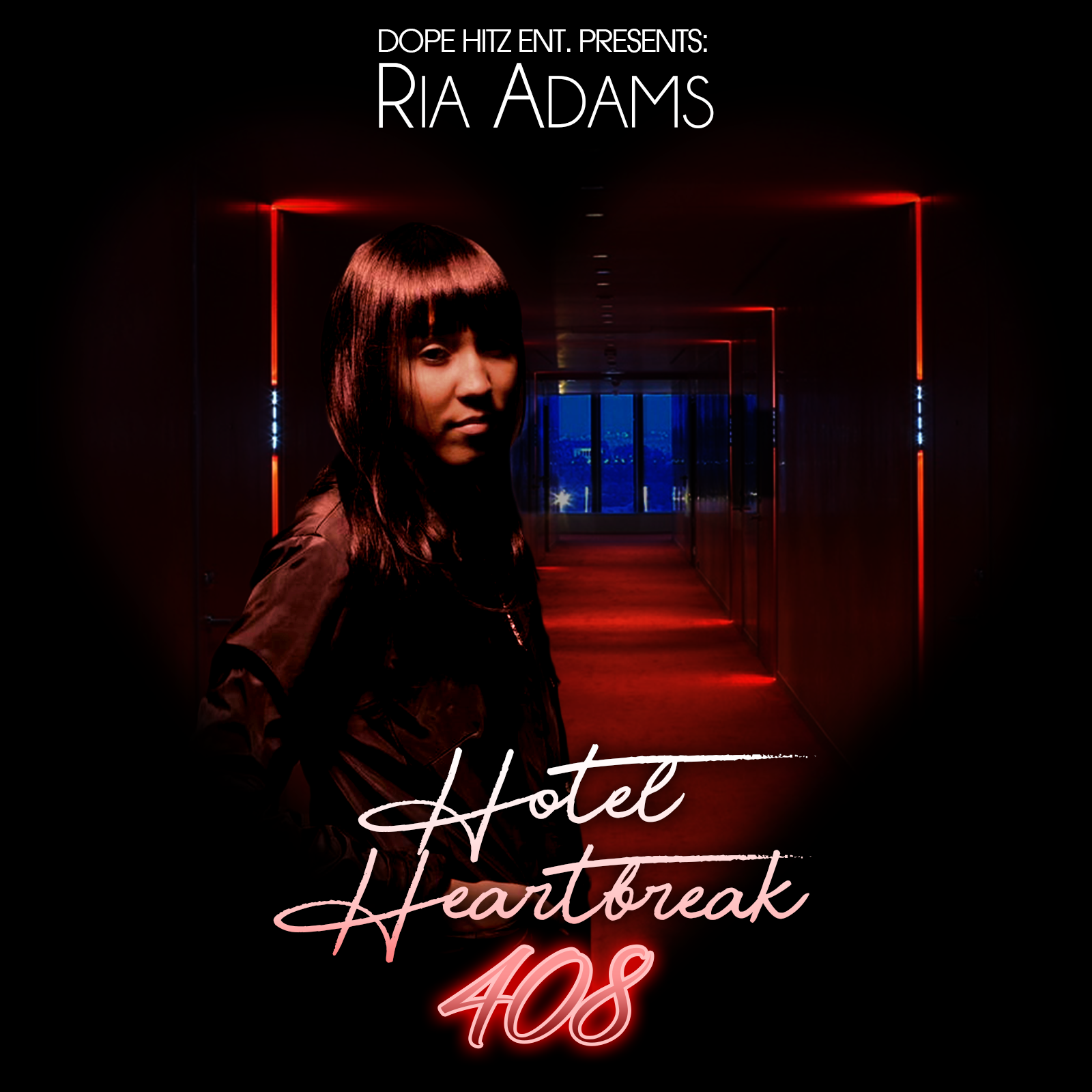 The first lady of Dope Hitz Entertainment, Ria Adams, has definitely been busy these last couple of weeks, releasing a few pop hits that we can all agree is highly entertaining. With ‘Hotel Heartbreak 408’, she looks to build on that momentum, as she attempts to lure listeners into her vibrant world centered around soulful ballads and futuristic instrumentals.

The intro to this album is pretty deep, as it features a few phone calls from Ria to her lover in which she pleads for his affection. It’s a perfect setup for the album, considering that it is titled ‘Hotel Heartbreak 408’.

‘Lucy’ is the lead single to the album, and in it, the Canadian born artist was able to create this explosive pop single that has her channeling her inner Gwen Stefani.

In every aspect of this song, you get so much energy from Ria, as she lets the listeners know that she’s not that flashy girl that woos men with glamorous things. Not only will you love Lucy’s explosiveness , but you will also love the message she delivers.

‘Code Red’ does everything it can to get listeners on to the dance floor, and I’m all for it!

Starting with the production, ‘Code Red’ gets your heart racing with it’s vigilant tone, as it incorporates this intergalactic sound with this highly infectious tempo; Ria takes advantage of the beat by adding this adrenaline pumping approach vocally. When you combine all the gems I discussed with the festive lyrics Ria delivers, you will get this major pop hit that I can easily see being played in the clubs.

‘Another boy’ is passionate, organic, and very enjoyable to listen to. Over this guitar-heavy beat, Ria outlines the experiences she went through with this special/not so special person, making sure we feel all of her frustrations in the process. What I love most about her style is that it’s fearless, as she doesn’t mind getting temperamental over the whole situation.

I swear I was saying “preach” throughout this song.

‘Jealousy’ has such an interesting sound to it: It feels like a combination of 80’s pop and present day house music. Nonetheless, Ria remains her exhilarating self on the record, pouring out all she has about the perils of jealously. In my opinion, it’s the perfect dance track, especially considering how explosive the instrumental is.

Jealously should always be met with this much passion and vitriol.

‘Silly Boy’ is that one unconventional pop track that makes Ria stand out from the rest of the pack. Not only is it electrifying, but it also has this smooth tone to it that makes it feel even more riveting. Aside from that, Ria’s vocals really stand out to me on this track, as she is able to show her true feelings through some intense crooning.

You can tell Ria Adams was looking to bring back some of that vintage colorfulness to the pop scene in ‘Slam’.

Over this youthful instrumental, Ria takes listeners on a trip back to memory lane, reminding us of the good ole high school days where crushes were common and games were being played by both genders. Ria lets it be known she isn’t having any of that, as she delivers these animated verses directed strictly at her rivals. Not only does Ria’s glamorous voice standout on this track, but I also feel like she has this charm to her that makes her words glow even more.

After all the heartbreak, Ria Adams finally proclaims herself as free in the vivacious ‘I’m Free’.

Don’t you feel this exhale from Ria on this song? It’s almost like something was burdening her throughout the album, and she was able to finally overcome it on the last song. With that being said, you get these loosey goosey lyrics from her combined with this lively approach vocally. Even if you don’t know Ria personally, you will still feel happy for her that she was able to find that happiness she was seeking on the intro to the album

Like I’ve said in the past, Ria sees no boundaries, something that makes her the true definition of an artist to me. She doesn’t mind blending in a couple different genres into the songs she makes, which ultimately translates into this music that is just as explosive as it is unpredictable. Overall, her sound is one that I can honestly say I’ve never heard before.

Both Ria’s writing and vocal performance throughout this project impresses me! She does a great job of putting her emotions into words, and those words come out through a wide range of vocals. But it’s not only her vocals, it’s her passion and emotion that also stands out, something that simply can’t be taught.

Even though you and I may look nothing like Ria Adams in person, she does come across as pretty relatable still, as she discusses love, heartbreak, and everything in-between through the perspective of your average person. I personally think it’s a helluva debut from her, which makes me curious to hear what she has next!