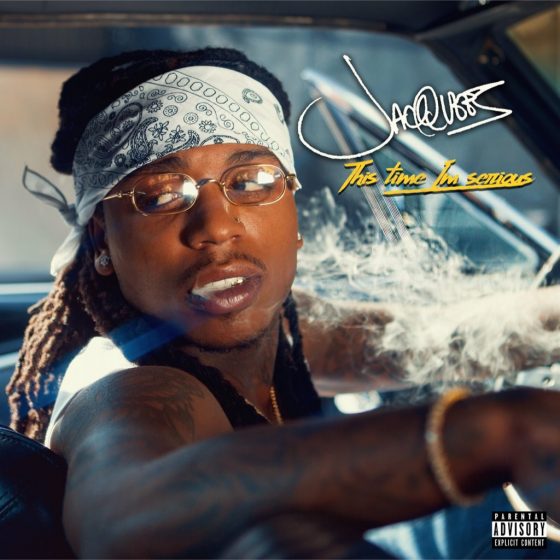 Jacques says this time he’s serious, and I believe that 100%.  In my opinion, he is a major musical talent, at times showing the world that he can be both a legitimate rap figure and R&B crooner whenever he feels like it. In “This Time I’m Serious,” I look forward to hearing him do a little bit of both, as he attempts to remind people why many has labeled him as one of the main artists in the game that has next.

This track is named after the album, so I’m going to go ahead and call it Jacques’ official theme song. I’m not mad at it, because the track has him doing a little bit of everything on it. Most importantly, for all the listeners that are new to his music, this song will give you a good feel for the type of dude he is, as he hits us with some slick bars that revolve around his money-making moves and priorities when it comes to the women he historically goes after.

“It’s On The Way” is on some grown and sexy s**t. Accompanied by this sensual instrumental, both Jacques and Wale get their playa on, delivering a couple of verses that aim to get their women looser than Omarosa’s political banter. I love the style Jacques sings with on the track, as he uses this laidback approach that makes it feel like he’s going to moonwalk into some punani tonight. As for Wale, he plays your stereotypical thug lovin’ individual, pumpin’ the track with a fast flow and slick ass words. Bozos like myself can learn a lot from the approach both of these artists use, which is why I was all ears from the moment I pressed play.

You know why “Why You Love Me” makes the cut? It’s just way too real to pass up. On it, Jacques goes back and forth with his lover, questioning her on many topics that damaged their beautiful relationship. While Jacques can play rapper turnt singer better than anyone else, on “Why You Love Me” he plays the part of passionate R&B singer pretty effectively, delivering blunt lyrics and truly emotional vocals. While it might not be the most litty track on the project, it is definitely the most impressive musically.

I will admit, I was pretty undecided on Jacques before hearing this EP. I knew he can sing, but I simply couldn’t see how he was different from the Bryson Tillers and the Eric Bellingers of the world. Though this EP is a small sample size of what he is capable of doing, in six tracks he was able to show me that he is more than capable of delivering authentic R&B music that can blend today’s flare with yesteryear’s timelessness.