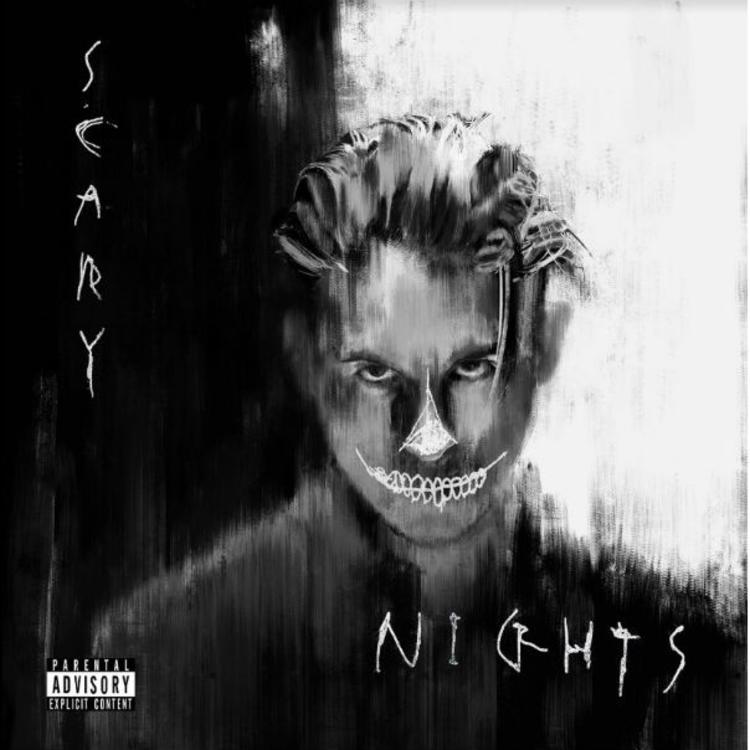 “Scary Nights” gives me both braggadocios and sinister vibes. For starters, the track features this bangin’ ass instrumental that capitalizes on trap and eery feels. Over this instrumental, G-Eazy reminds the world how reckless he is, rapping cockily about making crazy amounts of money, ducking baby mama drama, raging, and doing ungodly things to women.

“I Wanna Rock” is a menacing banger that has G-Eazy and Gunna giving us tons of carefree bars centered around dismissing haters, embracing checks, driving luxury cars, and partying with the finest of women.

What makes “I Wanna Rock” special is its tempo. Not only does the production on it require you to utilize your media player’s slow-down effect, but G-Eazy and Gunna spit their bars out so swiftly on the track, it almost feels like their hitting you with lyrical fastballs.

Gunna’s verse on this song is one of his best to-date.

“Demons & Angels” is food for your soul. With the track being powered by this soulful instrumental, G-Eazy and featured guests The Game & Miguel simply get real about fighting off demons, saving n***as from themselves, and continuing to break women’s hearts (Not purposely, though).

As expected, Miguel is the best thing about “Demons & Angels.” To me, the hook he gifts us with on this song literally tugs at your heart with its passion. However, G-Eazy and The Game still kill s**t by gifting us with vulnerable verses that has them being critical of themselves and the people around them. I have always been a fan of rappers that are critical of themselves in their music!

The more I listen to G-Eazy’s music, the more I am convinced he was adopted by Black Panther parents. Seriously, in “Scary Nights,” the Oakland native spits bars like a n***a from the projects that has mastered the art of rap, and moves as flossy as a n***a from the projects who got their first unemployment check. It’s really stunning to listen to, especially when you consider that he gels his hair (What black person do you know gels their hair?).

In “Scary Nights,” you get bangers that are powered by sinister, west coast, semi-emotional and clubby feels. Personally, I loved the tracks in which G-Eazy kept s**t very sinister (“Scary Nights,” “I Wanna Rock” & “Big Ben”), mainly because I felt like he had to get dynamic with his pen game on them. As for the semi-emotional tracks (“Hittin Licks,” “K I D S” & “Demons & Angels”), I simply wasn’t impressed by what I heard from Eazy, as to me, he reverted back to being Drake’s backup quarterback on them. (Don’t get me wrong, Eazy spits well on these tracks; however, it feels like he’s too intent on giving listeners lyrics they think will come out of an emotional rapper like Drake’s mouth) As for the tracks in which Eazy flosses his ass off (“Big Ben” and “Full Time Cappers”), they were ‘meh-fests’ (I thought he was forcing s**t), to me.

Speaking of ‘meh,’ the guest appearances on “Scary Nights” are beyond ‘meh,’ to me. I didn’t care for MoneyBagg Yo’s braggadocios verse on “Full-Time Cappers,” Preme’s bizarre ass verse on “Big Ben” (The n***a sounded like the a hood Cookie monster on that s**t), or Dex Lauper’s strange verse on “K I D S.” I did f**k with The Game and Miguel’s emotional contributions on “Demons & Angels,” in addition to Gunna’s gassed up verse on “I Wanna Rock.”

I wasn’t impressed with “Scary Nights,” and that’s OK, it feels like the project is supposed to be something that can hold us off until G-Eazy’s real album drops. But if you wanted me to point out a few good things to say about the album, here they are: The instrumentals are solid, Eazy shows some good rap mechanics on it, and the first two songs on the album will remind you why Halloween is slowly becoming America’s second favorite holiday.