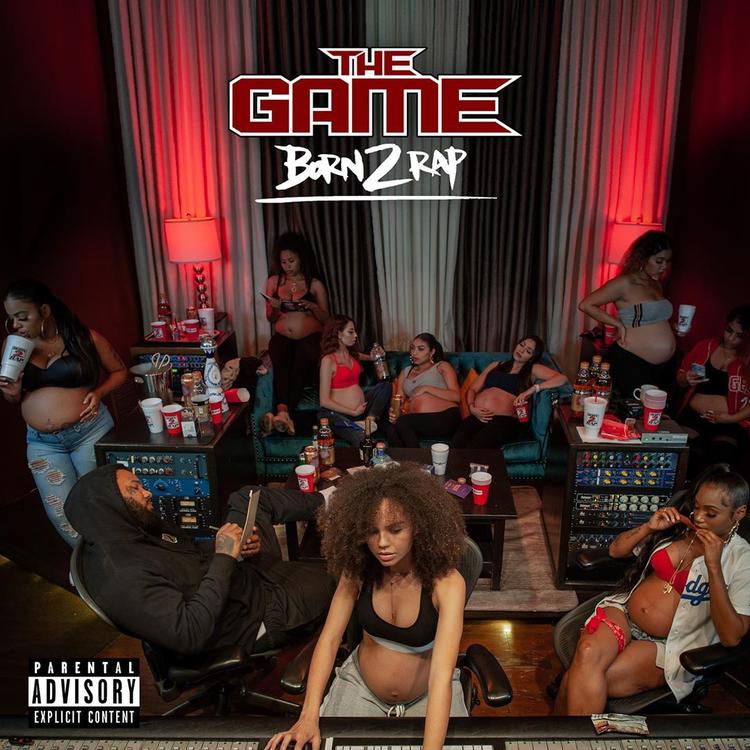 With the release of “Born 2 Rap,” The Game looks to strongly closeout a career that is more impressive than you think.

“Carmen Electra” feels like an old school posse cut. On it, we are blessed with a D’Angelo-like chorus by ToBi, a quick little verse by The Game in which he talks about strong-arming n***as, and verses by Mozzy & Osbe Chill that sound like they were written on the steps of an apartment complex in the hood. When you add the funky hip-hop instrumental to the grand scheme of the things, what you get is a hit that feels refreshing as s**t.

In “No Smoke,” The Game spits bars about his unf**kwitable demeanor and real n***a ways over an instrumental that I could easily see on Rick Ross’ ‘Teflon Don’ album.

Miguel and Travis Barker are featured on “No Smoke,” and what they provide to the track are silky smooth vocals and tumultuous drumming. On the real, without them, I don’t think the track would have as dynamic as a feel.

I love how The Game finally stakes his claim as a hip-hop legend in “No Smoke.” In my opinion, Kendrick Lamar and YG get way more credit for putting California back on the hip-hop map than he does.

“The Light” is harder than left out Italian bread, but also pretty soulful. For starters, the track features an instrumental that does everything in its power to evoke the holy spirit out of you. Over the instrumental, The Game challenges every rapper in the game to step in his light, go against his bars, and leave their girls around him (He mentions some rappers by name, too).

The tone The Game raps with on “The Light” is very disrespectful. On the real, I can picture him having this evil ass smirk on his face while he was laying down his verses on the track.

“Welcome Home” is great, but also very hard to listen to. With the track being powered by this soulful instrumental, what you get is nothing but hard-ass bars by both The Game and featured guest Nipsey Hussle. While The Game focuses mainly on remaining the same real n***a he’s always been on his verses, Nipsey gets humble on his, spitting bars about the things that inspired him on his rise to the top (He even pays homage to The Game throughout his verse). To me, the track is bittersweet, as, on it, Nip comes across as motivated, thankful, and appreciative.

It really doesn’t get more California than The Game and Anderson .Paak. Not only do both musicians represent their respective cities fantastically, but they are also known to make a song pop with riveting vibes that Hollywood executives would love. In “Stainless,” the two musicians unite, gifting us with something that is hella riveting, as in the track, you get an instrumental that is smoother than Anthony Rendon’s bat swing, a hook by Anderson .Paak that is just as gangsta as it is sly, and raps by The Game that is violent, retrospective, competitive, disrespectful, trill, and frustrating to listen to if you aren’t a real one.

F**k my top 5, all of “Born 2 Rap” is fire! First and foremost, I love the fact that The Game focused on blessing us with music that combines old school instrumentals with deep ass thoughts on the album. I also love how The Game uses the album primarily as a hall-of-fame speech, as throughout it, he talks about his certified gangsta ways, his history of savagery, his personal tragedies, and his impact on west coast rap. Does The Game do a bit too much name-calling and sneak dissing on the album? For sure. But to me, when The Game plays bully, he’s at his best. To make a long story short, true hip-hop lovers will appreciate this album more than those who f**k with the music you hear today.