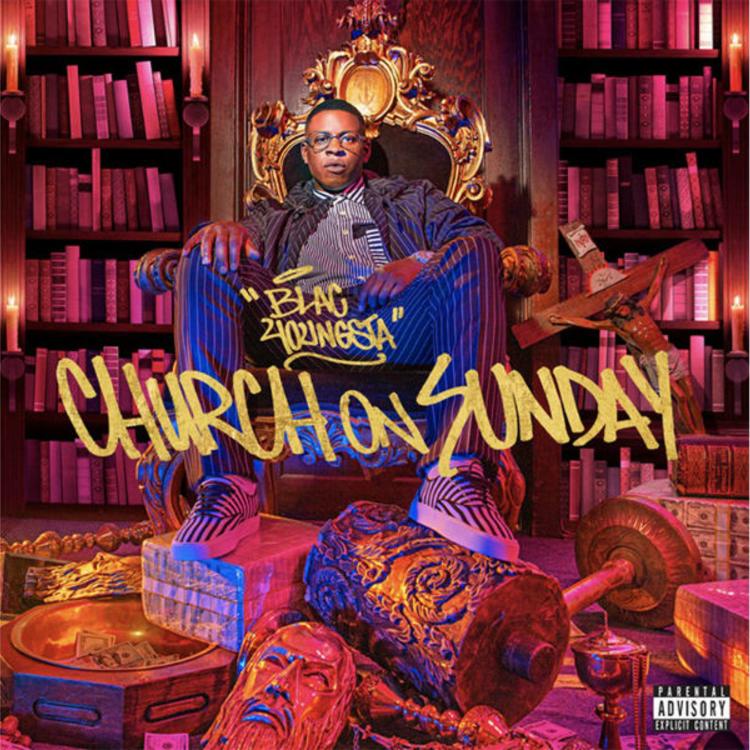 Aw s**t, two of the most reckless rappers in the game are friends…

DaBaby and Blac Youngsta are both savages. In “Like A Pro,” the two link up, gifting us with an exhilarating gem that features bizarre, reckless, sex-filled, violent, and shameful bars.

When it’s all said and done, “Like A Pro” is club-ready, raw, and hella catchy.

Believe it or not, Blac Youngsta is a pretty dope rapper when he’s on some humble s**t. With that being said, “Long Live” (A song in which Blac Youngsta sounds pretty humble) is one of the best tracks on “Church On Sunday.” On it, you get a version of Blac that is paranoid about letting his family down, heinous when it comes to going against ops, and motivated to be a role model to the people in his hood.

I feel like Blac Youngsta channeled his inner YoungBoy Never Broke Again in “Long Live.” Not only did he pick an instrumental that the New Orleans rapper would spit bars over, but he also sounds as deranged as him on the song, too.

I love how passionate “Church On Sunday” sounds! For starters, the track is powered by this emotional trap instrumental that might f**k around and put tears in your eyes. Over this instrumental, both Blac Youngsta and T.I. rap soulfully about everything from ducking fraudulent friends to remaining authentic street n***as.

To me, “Church On Sunday” is catchy, slightly heartwarming, and low-key trill (Especially when it comes to Blac Youngsta’s verse).

“Shake It” is the definition of a savage ass club hit. On it, we are gifted with this festive instrumental that promotes nothing but ass-shaking and mean-mugging. Over this instrumental, Blac Youngsta and Chris Brown talk their s**t; with the former spitting bars about being a reckless n***a that wants his d**k taken home by some strippers, and the latter gifting us with tips about jump-offs, shooters, and money-making moves.

“Cut Up” is the type of joint you are probably ashamed to say you like. Not only is it undercoated lyrically, but Blac Youngsta comes across like a complete jokester on the song, too. With that being said, a remix to the unsuspecting hit is on “Church On Sunday,” and in it, featured guest Tory Lanez gifts us with a burly/pimpadocios verse; while the other featured guest G-Eazy comes across like a sly ass white boy that is all about finessing chicks.

If Blac Youngsta wants me to take him seriously, he needs to drop that funny ass “whore” adlib.

I truly believe there is a place for Blac Youngsta in the hip-hop game. Don’t get me wrong, I do not think he’s an amazing rapper, I just think listeners love when a n***a is being real in their music (Blac is always a real ass n***a in his music). With that being said, “Church On Sunday” isn’t the greatest album in the world, but it is intriguing.

As I stated earlier, Blac Youngsta isn’t the second coming of Tupac. He struggles to sound dynamic on hooks and flows rather poorly on his verses. However, what you will like about Blac as a rapper is that his lyrical content is riveting. Throughout “Church On Sunday,” he talks about his dope dealer days, his street-certified ways, and his strip club rendezvouses in ways that sound pretty action-packed. Matter of fact, on the album, Blac comes across like that one friend that always exaggerates regular-ass stories.

Though I thought the production on “Church On Sunday” was pretty basic, I did think that the guest appearances on it were solid. Singers like Chris Brown, Jacquees, and PnB Rock added dynamic sounds to their respective songs, while rappers like DaBaby, T.I., City Girls, Yo Gotti & MoneyBagg Yo did great jobs of feeding off of Blac Youngsta’s amped up vibes on their respective songs.

Are you going to learn anything meaningful from “Church On Sunday?” Probably not, but that doesn’t mean it’s a horrible album. As I stated earlier, keep the album in that one playlist you go to to get hyped up. Also, don’t bother bumping it in your earphones.