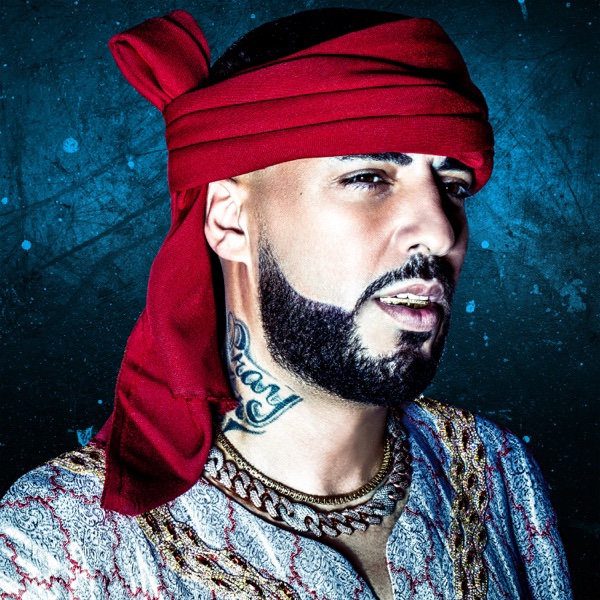 5. WRITING ON THE WALL

How the f**k is French Montana able to procure so many fire ass features for his albums?

In my opinion, French Montana is the closest thing to DJ Khaled. On a majority of his albums, you get guest appearances galore, which tells me that he is either very friendly or very rich. With that being said, “Writing On The Wall” features infectious melodic contributions by French, Rvssian and Post Malone, plus a killer verse by Cardi B in which she raps about ballin’ and being ready to give up her booty in all kinds of circumstances.

It seems like Drake likes to link up with French Montana when he’s involved in some kind of beef. First, it was 6 God vs. Joe Budden that escalated on “No Shopping,” and now on “No Stylist,” it’s 6 God vs. Kanye West. What gets lost in the shuffle, however, is how good “No Stylist” is. On it, French gives us a pretty solid vocal performance throughout, as he brings out the Mariah vocals here and there to prove how he’s sweating no chicks and freezing in some cold ice; while on Drake’s short verse on the track, he raps as straight up as I’ve heard him rap in a while. (Yes, he takes shots at his foe, but at the same time, he gives us something we can nod and vibe out to)

Drake and French’s friendship is inspiring.

One of my favorite French Montana songs is “Freaks,” so you know I’m a fan of”Wiggle It!”

“Wiggle It” is ratchet as hell! First and foremost, the track features an instrumental that strip-club-afies Rapper’s Delight’s classic “Push The Feeling On” instrumental. Over this instrumental, French Montana talks big s**t, discussing his wads of money and playa ways; while featured guest Yung Miami plays a bougee stripper that chases money and disrespects cheapos like me on her respective contributions to the song.

Honestly, if I’m going to pay for a lap dance, I do not want a chick dancing to “Wiggle It” on me… (I don’t like my pelvis jerked all over the place)

“Lockjaw” is a bonus track on “Montana,” so it’s fair game for being rated.

“Lockjaw” is the definition of trill. For starters, the track features this hard-hitting, yet wavy instrumental that can make a rapper feel conflicted on how they want to approach it. No need to worry, French and featured guest Kodak Black go ham on the track, hurling out brash lyrical content revolving around snipers, f**king chicks, getting money, and flossing.

I love the back and forth you get from Kodak Black and French Montana on “LockJaw.” You can tell they encouraged each other to be savages on the track.

“No Shopping” is also a bonus track on “Montana,” so it’s fair game for being rated.

If there ever is a contest for braggiest song of all-time, “No Shopping” would be near first place (Probably behind every single song Puff Daddy made in the 90s). On it, French Montana and Drake spit braggadocios bars about spending money, their celebrity statuses, getting top-notch dome, and having hits. While Drake’s verse (Which takes a few shots at Joe Budden) is probably the best thing about “No Shopping,” French’s amped-up approach to the song as a whole should not be ignored

Believe it or not, French Montana has been poppin’ for seven years now. Within that time, he’s had numerous billboard top 100 hits. The fact of the matter is French Montana searches for hits when he makes albums, and in “Montana,” he finds a few (Not a lot).

Like I said about Blac Youngsta a week ago, French Montana isn’t the second coming of Tupac. His rapping has always been below average, and when it comes to talking about s**t on songs, he isn’t the best at it. With that being said, I can argue with you that French’s rapping is at its worse on “Montana.” (He does nothing well) Does he have a few songs in which he comes across as genuine and riveting? For sure! (Listen to “Montana”) But at the end of the day, rapping is simply not his strong suit.

French Montana’s strong suit is getting people together to help him make a hit song; fortunately, he does that a lot on “Montana.” On tracks like “Slide,” the New York rapper unites gritty artists like Blueface and Lil TJay to create something trill; while on tracks like “No Stylist” and “Writing On The Wall,” he recruits some of hip-hop’s biggest stars together to make commercial hits. The bad news is that on each track that French has features, he gets overshadowed.

“Montana” is fun to listen to. It’s not a classic rap album or anything you would remember a few months from now. There are no natural hits on it, just hits that feel forced. Perhaps French can link up with Kendrick Lamar to learn how to make a natural hit.