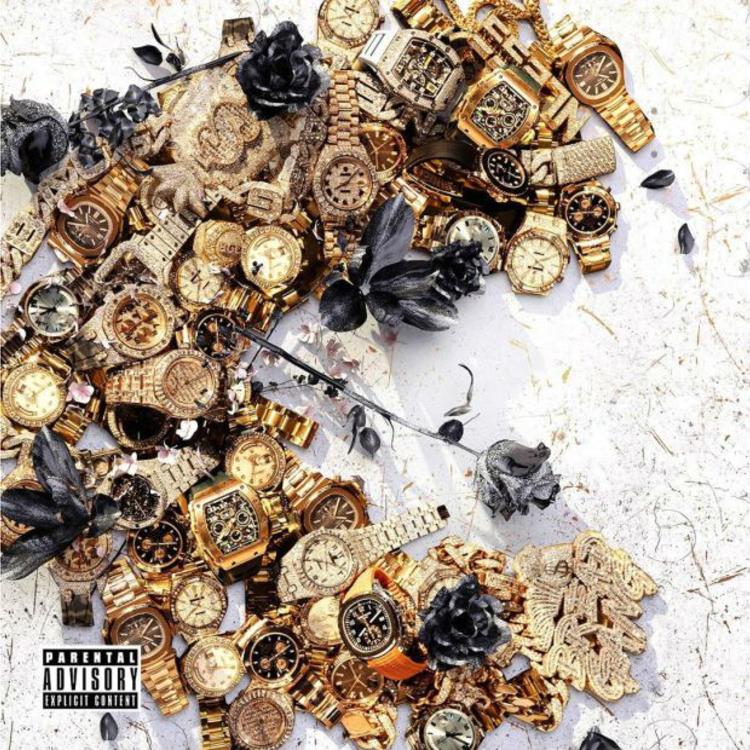 Moneybagg Yo looks to solidify himself as one of the hottest rappers in the south with the release of “Time Served.”

I’m not going to lie, I don’t love Protect Da Brand, but I do find the song to be action-packed. For starters, the instrumental attached to it sounds like some trap Mortal Kombat s**t, while Moneybagg Yo and DaBaby’s lyrics on their respective verses on the song are so confrontational/violent, I couldn’t help but feel intrigued.

Forget rapping, I want DaBaby and MoneyBagg Yo to be my paintball partners.

Speak 4 Em is a hot ass intro! Though it’s only 2:22, within that time, Moneybagg Yo was able to convince the world that he’s a boss that turns chicks out, buys luxurious s**t, gets respect from the realest, and totes guns.

I love how relentlessly, yet playfully Moneybagg hurls out his bars on Speak 4 Em. On the real, I wouldn’t be surprised if Moneybagg was countin’ his money while he was recording the song.

I haven’t loved the collaborations between Moneybagg Yo and Future, but I must admit, Federal Fed is fire! I enjoy the bass boomin’/intergalactic beat that powers the track, the cocky demeanor you get from Moneybagg Yo on his lone verse, and how Future references NBA Live on his verse knowing damn well that n***as DON’T play NBA Live anymore!

Is there anyone better than Money Bagg Yo at popping s**t?

Pop My Shit is powered by this bass boomin’ instrumental that just woke my pet iguana up from a power nap. Over this instrumental, Moneybagg Yo hurls out bars about his big-money, big cars, spoiled women, and guns (Hold up, didn’t he talk about the same s**t in Speak 4 Em?):

I think I’m the shit, big as it gets
Wrist cost a brick, I look like a lick
Dior kicks, Chanel on my bitch
Never mind me, I’m just poppin’ my shit
Keep that stick, that’s a part of my ‘fit
Championship rings, can’t ball up my fist

What I love most about Pop My Shit is that it has this dark trap sound to it, but at the same time, it’s catchy and innocent-sounding, too. (I mean, seriously, what rapper do you know apologizes for cussing on a song?)

Fredo Bang had the best feature on Time Served, to me! Not only was he able to gift us with an extremely catchy hook on Spin On Em, but his impersonation of YoungBoy Never Broke Again on the track is spot on (Can you blame him, the track is powered by this soulful trap instrumental that YoungBoy would absolutely rap over)!

MoneyBagg Yo isn’t the star of Spin On Em, but he does still put up a very good performance on the track. Personally, I love how he balances tenacious lyrics with vulnerable lyrics on his verses, and how he sings very subtly throughout.

After watching Bombshell in the theatres last week, I don’t want to hear the word “Spin.”

If you really think about it, MoneyBagg Yo and Megan Thee Stallion are perfect for one another! Not only are they carefree individuals, but they are also two artists that are poppin’ heavily in the South. With that being said, in All Dat, the former-couple decided to join forces for this in-your-face/heavy-hitting banger that features tons of sex-talk, fighting words, and braggadocios sentiments.

Personally, I love the chemistry both Megan and Moneybagg show us on this track. It seems like they are in-tune with one another’s feelings about loyalty and luxurious-living. I also love Megan’s ability to break my laptop with her sexy ass twerking in the music video to the track (Her booty damn-there made a few apps on my laptop close unexpectedly).

To be honest with you, I wasn’t feeling this Time Served album… I’ll explain what I liked and didn’t like about it below.

One thing I liked (Didn’t love) about Time Served was the rapping Moneybagg Yo did on the album. Despite talking about the same s**t over and over again (Having money, smashing chicks, toting guns and being a loyal street n***a), I thought he kept us entertained with his sneaky good punchlines and overall relentlessness. On the real, I love how Moneybagg takes commands of songs, never letting the hard-ass beats he raps over outshine him.

You know what’s funny? The tracks I expected to be good on Time Served were pretty blah, while the tracks I expected to be snoozers were pretty good! I’m not going to lie, I wasn’t feeling U Played with Lil Baby, Protect My Brand with DaBaby or Real Love with Summer Walker, but was feeling a random ass song called Pop My Shit and a song with Fredo Bang called Spin On Em. (What the f**k is going on? Am I in the Twilight Zone?)

Most of the beats on Time Served sounded like some s**t you would hear at a strip club. If you are one of those ballers that has a big ass speaker system, I recommend you let that s**t go to work by playing this album on it.

To me, Moneybagg Yo is a lot more versatile then what he showed on Time Served. On his previous albums, I felt like he experimented with every kind of trap banger out there; on this album, I thought he settled for lazy hooks, lazy features, lazy lyrics, and lazy production (Hell, even the title to the album is lazy). Moneybagg, you are way better than a lazy rapper!