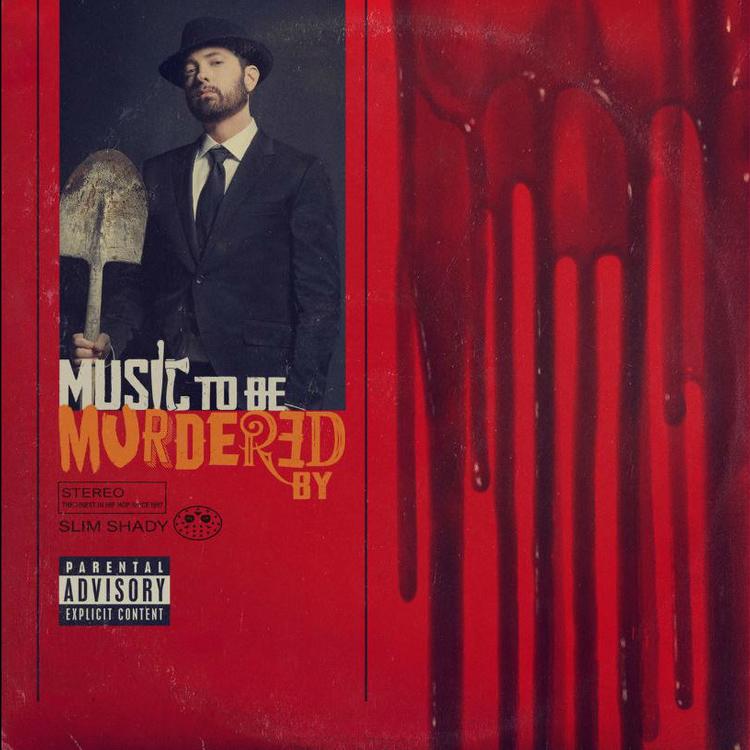 I’m conflicted about “Those Kinda Nights…” In one sense, I hate when Eminem tries to make club songs, but in another sense, I love me some Ed Sheeran and D.A. Doman! Here’s my solution: Let’s remove Eminem from this song and add Tyga to it!

All jokes aside, Those “Kinda Nights” is a fun little track that you probably shouldn’t take too seriously. On it, you get a bass boomin’ instrumental that promotes ass-shaking, a very infectious hook by Ed Sheeran, and verses by Eminem that straddles the line between creepy, goofy and slick.

Eminem clearly hasn’t been to the club in 20 years…

“Yah Yah” is the definition of a sacred rap track that needs to be put behind a bulletproof glass. On it, you get a version of Royce Da 5’9 that is pretty f**king stoked, a version of Q-Tip that is energetic, a version of Black Thought that is competitive as s**t, and a version of Eminem that is demented. The combination of the four different styles makes for quite the listen.

I f**king love “Unaccommodating!” Not only does the track feature an instrumental that is trill as f**k, but you also get a verse by Young M.A. that is sly/clever as s**t and an insane verse by Eminem in which he comes across as both forgiving and vengeful.

I’m surprised at how good Eminem and Young M.A. sound on this song together!

I love it when Eminem wants smoke with n***as!

In “Marsh,” Eminem reminds the world how much of a sicko he can be. While he talks about s**t like kicking b*tches to the curb and drug-abuse on the track, it’s the warning shots he issues to his detractors that catches my attention the most:

I could keep beefing
Fuck is the point?
I could make it really difficult for motherfuckers to come to Detroit
If you’re still looking for smoke, I already gave you an L
I’d rather just see you in hell but I should get puff on the joint (Diddy)
Wait, run it back, I said gave you an L, in hell
Puff on the joint, I am the blunt

The quote above reminds me of some of the s**t Donald Trump said in his Iran speech from a week ago.

Every once in a while, we are treated to a track by Eminem in which he comes across as troubled/controversial; “Darkness” is one of those tracks.

“Darkness” is powered by this emotional instrumental that does have some grit attached to it. Over this instrumental, Eminem raps about being this depressed individual that is prepared to shoot up a party in Vegas:

I keep pacin’ this room, valium
Then chase it with booze, one little taste it’ll do
Maybe I’ll take it and snooze, then tear up the stage in a few
(Hello darkness, my old friend)
Fuck the Colt 45, I’ma need somethin’ stronger
If I pop any caps, it better be off of vodka
Round after round after round, I’m gettin’ loaded
That’s a lot of shots, huh?

“Darkness” is disturbing, but I do think it’s a song that needs to be heard.

The instrumental behind “You Gon Learn” sounds holy as s**t! F**k the instrumental, though, the best thing about this track is the verses you get from both Royce Da 5’9 and Eminem. On them, each rapper hits us with fiery/motivational/intimidating lyrics and flows that are impregnable. When it’s all said and done, you’ll leave this track feeling like you just finished listening to two rapping drill sergeants.

Music To Be Murdered By is a very enjoyable album to listen to. On it, you get hardcore rap songs (“Yah Yah,” “You Gon Learn”), club bangers (“Those Kinda Nights”), deep tracks (“Darkness”) tracks that are full of energy (“Godzilla“) and tracks that are downright bizarre (“Stepdad“).

Eminem’s rapping on Music To Be Murdered By is pretty dope! Does he hit us with punchlines that are a bit corny at times? Yes, but everything else such as his flows, his wordplay, and his lyrical content is on point. Additionally, I love how Em lets his many personalities flourish on this album, as, throughout, he shows little to no fear in coming across as a deranged individual that knows he has a screw loose

Most artists featured on Music To Be Murdered By put up fantastic performances! To be more specific, I thought Royce Da 5’9, Joell Ortiz, KXXG Crooked, Black Thought and Young M.A. all had killer verses, while Anderson .Paak, Juice WRLD, and Don Tolliver gifted us with solid hooks on the album.

My favorite thing about Music To Be Murdered By is how much experimenting Eminem does on the album. Never did I imagine that the Detroit rapper would be interested in rapping over a reggae beat in “Farewell“ or a D.A. Doman beat in “Those Kinda Nights” (He raps over other interesting beats, too). I also love the fact that Eminem didn’t go Rambo on the music industry on this album — he took his subtle shots at Machine Gun Kelly, Lord Jamar, and Nick Cannon, but for the most part, he left everyone else alone (He went at way too many people in KamiKaze).

I truly feel like Eminem’s love for rap returned in Music To Be Murdered By. Don’t get me wrong, there are a bunch of tracks on this album that sound like some watered-down s**t, but thankfully, none feel like forced/inorganic s**t.