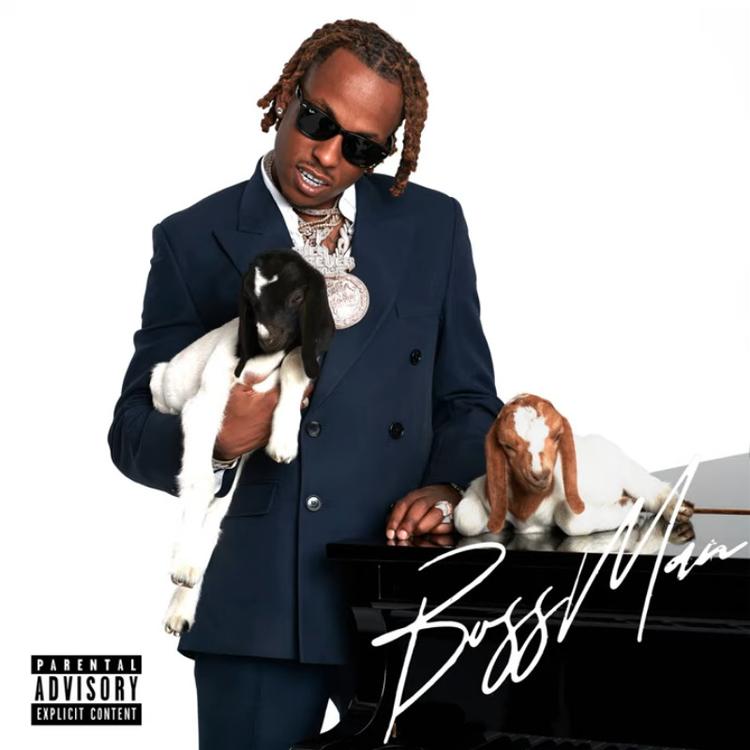 With the release of “Boss Man,” Rich The Kid looks to go 3/3 when it comes to making albums.

“Sick” has a sound attached to it that works for both Rich The Kid and featured guest DaBaby.

With “Sick” featuring boppy production, over it, Rich The Kid and DaBaby gift us with a hook that straddles the line between catchy and reckless, verses that straddle the line between braggadocios and trill, and flows that we’ve heard before (I swear, Rich The Kid and DaBaby wouldn’t even switch their flows up if Rudy Gobert touched them). Overall, is the song amazing? Not really, but I do think it’s sly enough to entertain you.

ANYTIME YOU GIVE AN ATL RAPPER A FLUTE-HEAVY INSTRUMENTAL, YOU SHOULD EXPECT ABSOLUTE FIRE!!!!!! (YOU SHOULD ALREADY KNOW THIS, AMERICA)

“That’s Tuff” is hotter than Jim Boylen’s coaching seat! On the song, you get an extremely catchy hook by Quavo, braggadocios/effortless bars by Rich, and beat that can make a snake come out of a vase and start twerking (What a combination, right?).

I’m going to crown this song as great, despite its title being egregiously bad.

“Ray Charles” is short but beyond sweet! With the track featuring this jazzy beat that I can see your hip 65-year-old father f**king with, Rich The Kid talks his s**t, reminding the world that he puts h*es in order and knows how to handle serious work. While nothing the Georgia native says in the song is amazing, you will love both how sly he comes across and the tricky flows he raps with on it.

Believe it or not, Money Talk is a smooth-ass track (That’s surprising because it features YoungBoy Never Broke Again).

Money Talk is a f**king hit! On it, you get a subdued/melodic hook and verse by YoungBoy Never Broke Again in which he talks about having shooters, big money and heartbreak ways, plus a bossy-ass verse by Rich in which he talks about paying for p*ssy and demanding bags to negotiate s**t. At the end of the day, the chemistry between the two southern rappers is beyond outstanding on the song!

Bruh, the way YoungBoy and Rich both cut each other off on this song is epic!

Yes, the hook featured guest Post Malone gifts us with on “V12” is the best thing about it. However, don’t sleep on the action-packed/bass boomin’ beat, Rich The Kid’s beyond luxurious lyrics, and the rebellious nature the track features.

When Post Malone’s voice cracked on this song, I almost fainted (That dude’s voice always speaks directly to my soul)…

First and foremost, let me say this: Rich The Kid probably isn’t the greatest rapper you’ve ever heard in your life. Don’t get me wrong, he can talk big s**t with the best of them, but when it comes to rapping, he doesn’t impress me at all… (Not only does Rich sound like a n***a that’s trying to whack-a-mole while laying down verses on songs, but he also struggles to deliver truly meaningful lyrics) With that being said, what Rich does do well throughout Boss Man is hit us with raps that contain pure/unadulterated swag! (Don’t sleep, swag can take you a long way!)

There are so many unique club bangers on Boss Man. While you may get tracks like “No Sorry” that features frisky strip club-inspired vibes, you also get tracks like “V12” that features rebellious energy. Depending on the day of the week, the level of heartburn you’re experiencing, or the amount of money you have in your wallet, this album can provoke you to chase after a wild-n-crazy night!

I don’t think the production on Boss Man is amazing, but I do think it caters to Rich The Kid’s flossy style of rapping. I mean, doesn’t it sound dope as s**t when he talks about his money-making ways over beats that have tons of bass attached to it? How about when he tries to finesse a jazzy trap beat like he does on “Ray Charles;” does that tickle your eardrums?

Rich The Kid continues to rely heavily on big-name artists to help him complete an album. On Boss Man, you get features by Nicki Minaj, Post Malone, Quavo, YoungBoy Never Broke Again, DaBaby, Lil Baby, and Lil Tjay (Interestingly enough, Rich didn’t put any R&B artists on the album). While it’s great that everyone I just mentioned puts up pretty good performances on their respective songs, what’s not great for Rich The Kid is that too many times he gets overshadowed on a song. I guess when you are searching for hits like he is, you have to be OK with playing Tito on your own album.

As I’ve stated throughout this review, Rich The Kid loves trying to make hits. Unlike on his previous albums, on Boss Man, I think he forces s**t a bit too much, opting to rely on sounds he’s simply not qualified to f**k with. Nonetheless, I think the album is at least listenable and can serve as a little somethin’ somethin’ to liven up your quarantine space.