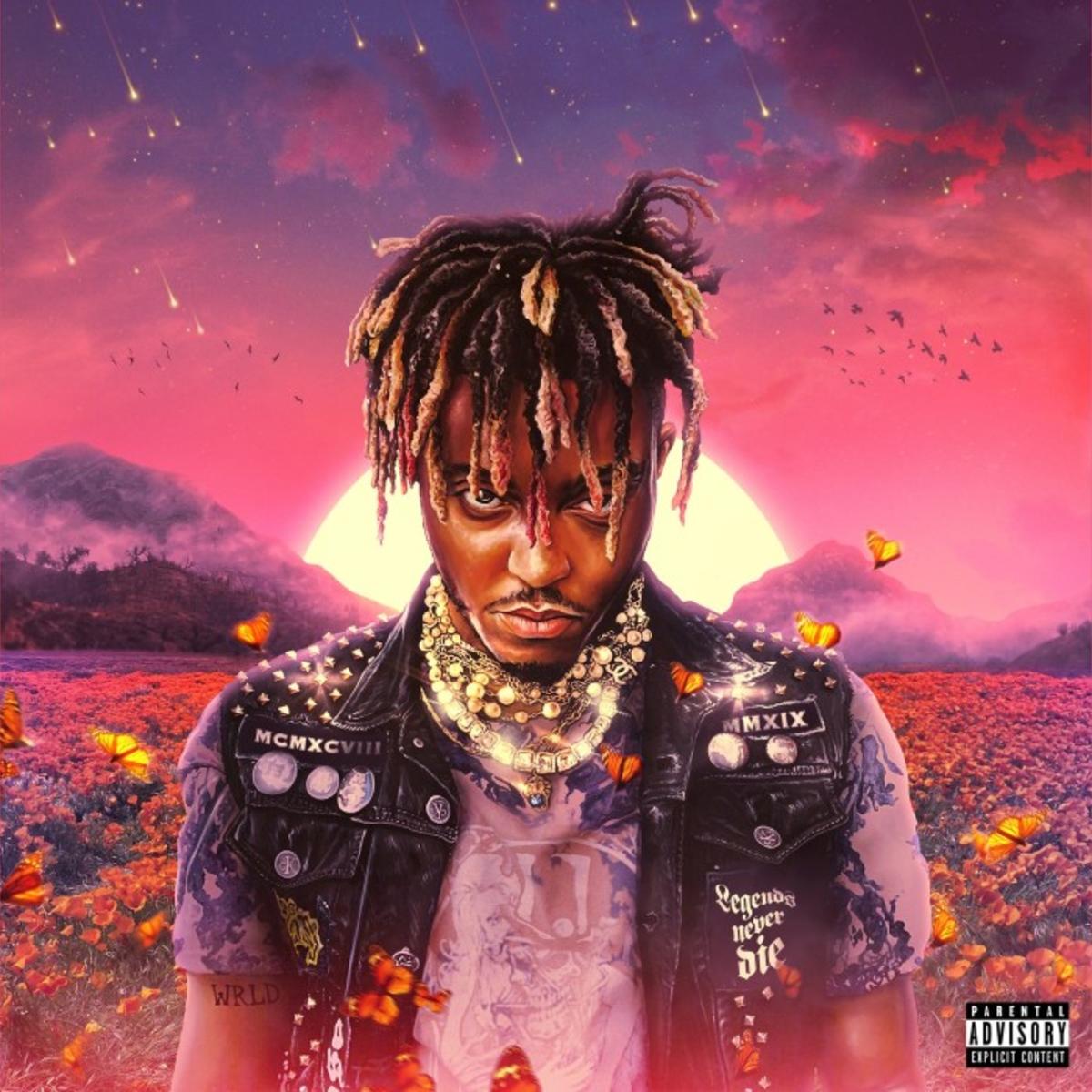 “Come & Go” will have you crying tears and bopping your head violently. While lyrically, Juice WRLD talks about deep s**t like not meeting expectations and growing as both a man and a lover, the beat behind the song features electrifying guitar-play and hard-hitting drumming. By the time you are done listening to the song, you should want to kiss your wife and destroy your guitar.

“Life’s A Mess” is a heartwarming song that folks need to appreciate.

“Life’s A Mess” features an instrumental that has just as many trap vibes as it has lonely vibes. Over it, Juice WRLD sings fearlessly about finding happiness after his girlfriend came into his life. Though it sucks hearing the fallen musician talk about being depressed on the song, it’s pretty heartwarming hearing him say that true love helped him turn his daily frowns upside down.

Halsey makes an appearance on “Life’s A Mess” at the very end. She adds a splash of pop soulfulness to the song.

3. BLOOD ON MY JEANS

I could easily see Lil Uzi Vert making “Blood On My Jeans.”

Not only is “Blood On My Jeans” powered by a TM88 beat that I can see Lil Uzi Vert slaying, but the style of rapping that you hear from Juice WRLD on the song sounds like a style Uzi would rap with. Whatever the case may be, I think “Blood On My Jeans” is a gritty, cocky, and effortlessly hard banger that gives listeners a well-needed break from all of the emo s**t that you hear on Legends Never Die.

Only Juice WRLD can sound like Bizzy Bone, Jeremih, and himself on one song.

“Righteous” highlights Juice’s battles with addiction and his unstable frame of mind shortly before his demise.

Personally, I think “Righteous” is amazing. The melodies you hear on the song are flawless and I love how Juice holds absolutely nothing back lyrically. I also love how the song blends hip-hop vibes with alternative rock vibes effortlessly.

Though Legends Never Die doesn’t quite sound all that different from Juice’s previous work, because of his demise, the lyrics you hear on the album will hit you hard.

Usually, posthumous albums feature weird-ass guest appearances and songs that sound choppy; Legends Never Die features neither. If I were to guess, a good chunk of the songs on the album were done before Juice WRLD passed away. Whatever the case may be, I love how nearly every song on the album forces you to be deeply engulfed in it. To be more specific, I love how the beats on the album boasts everything from electrifying rock vibes to somber trap vibes. I also love how Juice simply lets his heart bleed on the album by toying with melodies that are both sobering and infectious and vocals that display both pain and exhilaration.

The intro, the interludes, and the outros on Legends Never Die are chilling. It’s stunning hearing Juice say hi to us from heaven, it’s heartbreaking hearing Young Thug call him a second-coming of Wayne, and it is inspirational hearing him talk about his mission as an artist. Whoever scoured the internet to find these wonderful snippets should be applauded.

My one beef with Legends Never Die is that it doesn’t feature enough raw rap tracks. Don’t get me wrong, I love it when Juice pours his heart out on a song, but every once in a while, I like to hear him spit serious bars. (Remember, Juice was just as good at freestyling as he was at creating melodies)

Legends Never Die might be one of the most beautifully disturbing albums I’ve listened to in a while. Throughout it, Juice WRLD talks about depression, drug-abuse, and even dying. Matter of fact, while listening to the album, I truly thought to myself that we could’ve saved him. But just like Notorious B.I.G., Pop Smoke, Lil Peep, Tupac, XXXTENTACION, Mac Miller, and Nipsey Hussle’s work before they died, Legends Never Die feels like a cruel ending to a movie that you would want hundreds of sequels to.