This week features new albums from The Lox & T.I. that are Anti-America like s–t.

This was kinda random, but one of the hardest rap groups from the 90’s decided to get together to release a new LP called ‘Filthy America….It’s Beautiful’. To me, The Lox were the definition of being screwed by the industry, as their releases dates were either f–ked up, or made non-existent, which I think ultimately messed up the flow of what they wanted to accomplish in the industry. This album to me is a reflection of what they wanted to do from the start, as they produced a sound that seems like it was nothing but their creative genius (no commercial influence, which involves some really dark/unapologetic music.)

Isn’t it scary how they sound the exact same? I mean literally the same. 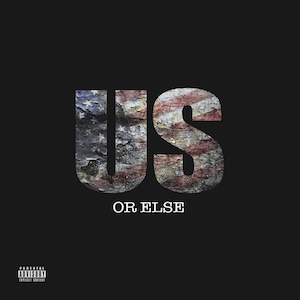 T.I. surprisingly/not so surprisingly dropped a new EP called ‘Us or Else’, and it features more people then it has songs (Yikes). On this album, T.I. plays the modern day Malcolm X, as he discusses the oppression that the black folks like himself are going through currently. His tone is more of a ‘You ain’t going to play us’, than a ‘feel sorry for us’. While the music is very conscience lyrically, the beats and the vibe of the music is the same as any other rap song.