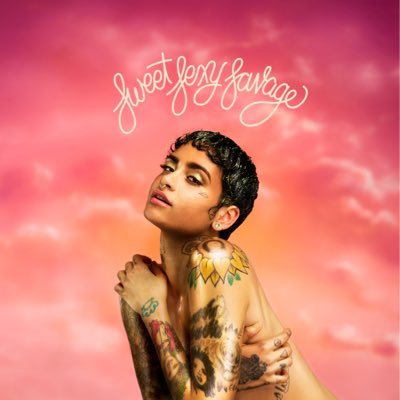 After all the social media gaffes, flings, and bad haircuts, the one reason we should really know who Kehlani is has finally emerged, and that is her music! You cannot deny that Kehlani is talented, as to me, she has this style that is reminiscent of some of our favorite R&B artists of the past – the twist is that she adds this 2017 honesty to this sound, making it feel modern. Her style is very unique, which is why I expect something special from her on this debut album.

This is the epitome of a 2000’s R&B song made by a high schooler that just got tossed in the bedroom for the first time! It just has this whole ‘happy-go lucky’ sound, combined with these cliche ass high school lyrics. I think this youthful sound is appropriate for the image she should be putting forth though.

So the album is called ‘SweetSexySavage’, and this is definitely the Sexy side…

Every R&B singer has to have a song like this: That whole ‘I’m putting you in a spell’ sound that makes fellas like me know I may have to wear the clean draws today! She’s persuasive, as she uses this tone that relaxes the mind of the person that’s listening to her speak. Her pitches are in control of her emotions, and it’s going from high to low, further encouraging me to say ‘Oh Forreal” while licking my lips and pulling on my chin hair.

This is a solid old school sounding R&B track.

Keep on’ has a feel-good sound to it, despite the fact that she is singing about being this F–k up that shouldn’t be taken back (What an interesting song to open up the album with).

You are treated to this silky sound from her that truly resonates on every single word she spews. I’ve always felt like her honesty is her best feature, and you definitely get it here

I like the energy, the flow, and the use of her vocals on this track; it’s such an old school sound she is able to channel that reminds me of Brandy from back in the day. BTW, since this song has some dance elements to it, I think it will be hilarious to see someone choreograph a dance routine to a song where the person is saying “she ain’t s–t!

‘Advice’ is that R&B/pop record that I think Kehlani could use to her advantage.

The production on this song is sunny, allowing for Kehlani to flex her vocal skills in a way that should brighten anyone’s day regardless of the lyrics. I actually think for the first time on this album, she sounds 21 years old, and like someone who is inexperienced in love.

I think PARTYNEXTDOOR is the individual she is referring to on this song.

It’s fitting that Kelahni makes a track called ‘CRZY’, because I feel like she’s actually crazy in real life! She just looks like she is ready to flip on you at every opportunity she gets.

I love the energy of the track! Kelahni raps a bit, she harmonizes a bit, and she exhibits some SASS! (not ass, Sass!) Additionally, this song has a bratty chorus that is hella catchy! All in all, it is a special track.

Kehlani does a FANTASTIC job of drawing listeners in with her style, as she is able to appeal by being herself. I can tell that every time she entered into the studio while making this album, she gave it her all, which is something that we need to appreciate greatly.I can tell she really loves her craft.

Topic-wise, she does a great job of talking about stuff that the younger women of today care about: Whether the topic is sad or joyous, each song has this energy attached to it that is super relatable to the regulars.

I think Kehlani excels in that whole old school R&B sound, but struggles a bit in making music that sounds like s–t today.That sound that she is able to channel hasn’t been heard in years to me, which is why at times I think the album is special.

I’m sure that women all over would enjoy this album more than I would, which is why my rating probably shouldn’t matter as much here – With that being said, I cannot deny that she put together a body of work that she should be proud of considering its her debut album, and she’s only 21 years old. For an artist so young to be ok with showing her emotions, scars, and lessons learned throughout is very impressive.