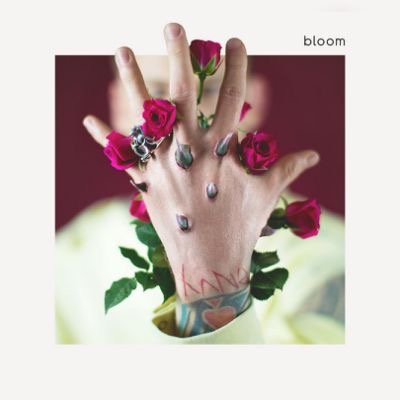 You know my biggest take away from Machine Gun Kelly’s music lately? It seems like he has this willingness to drop songs that aren’t limited to just rap, which is an attitude I actually like a lot. With this new album called ‘Bloom’, I see Machine Gun experimenting more than ever, which means you should expect the unexpected on it.

What is this Machine? You have gun in your name, you can’t make songs like this!

Listen, I LOVE Blink 182, and this kinda reminds me of the music they would make (At least on the chorus). We have two choices here folks: We can act like Dawson Creek wasn’t the s–t, or we can act like grown ups!

Machine Gun Kelly actually raps on this song, but honestly, do you take him seriously as a rapper after that chorus? I’m not saying I dislike it, I’m just saying the transition from Rock to rap takes at least 10 minutes to accept.

I like the song, so forget all ya’ll posers!

MGK definitely shines bright on this song, as he displays this ability to create a complete song all by his lonesome. He sounds pretty good on it, singing/rapping with this very contorted flow.

Like much of the album, the song is somber, giving off this eerie feel overall. I think Machine Gun Kelly enjoys this numbing sound, as he wants to remind listeners that fame ain’t just glamour and glitz.

This song sounds like something another artist other than Machine Gun Kelly will make; since he is on it, we are treated to a wild and crazy white kids point of view to trappin’. While I think he exudes some great energy on his verse, I just don’t feel like his style matches the song.

Ty Dolla $ign has been able to make some really good commercial hooks, and this is another one of those! He takes his time laying down his savage lyrics, doing his best to show that he can produce fire even when he’s being laid back.

I honestly cannot tell you an artist out right now that has more swag than Quavo. Quavo navigates through this song with this coolness that sounds a lot more natural than Machine’s does.

If you replace Machine Gun with Travis Scott, I think you will have a major hit.

‘At My Best’ was manufactured for top 40 in my eyes, but that doesn’t mean it should be ignored as one of the better songs on this album.

Machine Gun continues his conscience rap on this song, motivating listeners to try their hardest at everything they do in life. In my opinion, his voice is made for s–t like this, because it sounds so stern.

It’s a good chorus by Hailee Steinfield, as she adds the whole white girl passionate sound that is ever so popular nowadays. The song becomes a lot more explosive on her part, completing the whole pop sound he was trying to achieve.

I really do like this sound for Machine Gun Kelly… I know the typical rap fan will hear it and say that his hardcore rap style doesn’t quite fit the bubble gum sound of the record, but I think that particular aspect makes it special.

Yea I know Camilla’s part is pop as s–t, but it is also flawless musically. Since Camilla is a woman, it sounds ok for her to be all in her feelings like this; Machine Gun Kelly on the other hand lost a bit of his man card with all that damn sappiness.

This song reached number four on the billboard charts, so he must’ve did something right.

You’re gonna like what you’re going to like when it comes to music, and lots of people are going to feel like MGK watered down his sound a bit on this album. I don’t always assume someone sold out when they switch their style, I look at the authenticity in the music they make, and to me, this album has a very authentic feel.

The album is primarily alternative rap, with a few pop songs, and a smidgelet of hip hop. Both the pop and Hip hop songs are phenomenal, while the alternative music can use a little improvement (those songs sound a little too similar to each other).

Rapping-wise, Machine Gun Kelly’s best attribute is his emotion, and he gives you that on each and every song on this album. You really get a chance to hear his heart bleed, as he opens up on everything from love to addiction.

You will love this album for its artistic mindset, something I think Machine Gun can improve on as his experience grows.