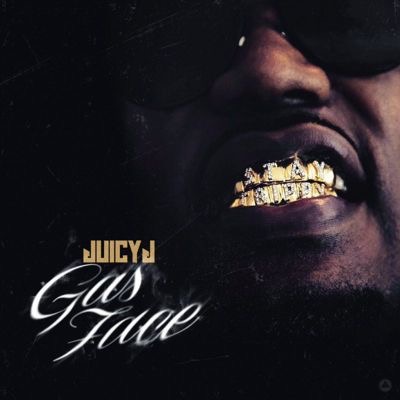 Juicy J is one of the few legends in the game that continues to have this hunger to make music for today’s hip hop listeners. With this new Mixtape called ‘Gas Face’, he recruits some of the best beat makers in the game, ensuring us that a few club hits will emerge from it when it is all said and done.

I can’t stand ratchet p—y, it comes with too much attitude that I can’t handle right now.

This is one of Juicy’s more nonchalant sounding tracks on the tape, as he coasts through it with this consistent flow. He is clear as day in his delivery, making sure he repeats a few lyrics to let it really resonate on you.

This song reminds me of Future ‘Draco’ (it has a very similar tempo).

This is another mean track by Juicy, as he is all in our face talking about all the big numbers he does. I love his hostility on this song, as he is OK playing the villain to us little peasants.

How good is this beat? I always talk about a beat sounding like a motion picture, and this one sounds like a suspenseful movie in which several people are getting their asses kicked.

This song is repetitive, but good enough to pay attention to while you are pre-gaming for the club. Juicy sounds gritty on the track, giving us a quick reminder of all the extravagant things he’s all about (much like the whole album).

Whaaaaaaat!!!! Juicy J is actually being self-aware on a song? When did Dr. Phil get this mans number?

This is the most dynamic chorus on the Mixtape, with Juicy stuttering and repeating his words. The s–t is going to have you shaking your head like Lebron was after he blocked Myles Turner a couple of weeks ago.

The verses validate the trouble-making that he was discussing on the chorus, which really is all about flossing in the most reckless way.

The song slows down at the end, with a Wiz sample in the background. He doesn’t slow down in his approach, as he talks about all the dumb expenses he’s paid for.

Juicy J is excellent on this song! He has a strip club flow on it, matching the hoppy sound of the beat.

Anytime you get an animated Chris Brown on a club record, you got gold friends. I also love when Chris is portraying a party monster, because it feels like if he catches you sitting down, he might slap the hell out of you.

This is a nice dynamic verse by Quavo, putting a cherry on top of the perfect song. He harmonizes, but not as much as he usually does, making this one of his harder verses in recent memory.

This is a really solid Mixtape by Juicy! All the beats are fire, and he gives you some really good energy that at the minimum makes this good fuel so that you can lift 3 or 4 more reps at the weight room.