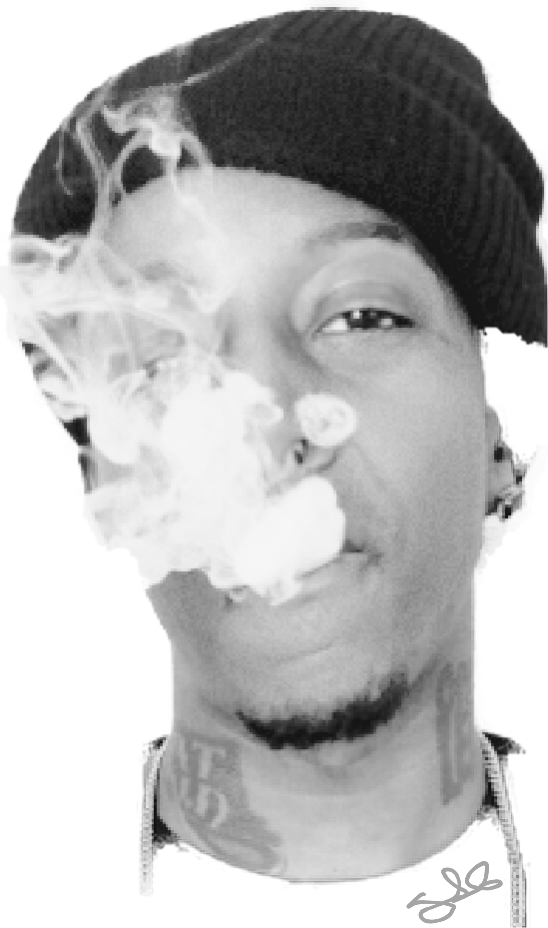 The rise that Novel “Hooly” Da’ Goat is experiencing has been pretty impressive, as he’s been getting heavy recognition on many famous hip hop sites as of late. As he continues his journey into rap stardom, Novel continues to remind people that he’s the same hungry rapper that we all met from day 1.

‘Do Da Yam Thang’ is a high energy track from Novel that is sure to get people dancing in the clubs! If you like songs like ‘ Watch me Nae Nae’, or ‘Stanky Leg’, then you will like this one even more than that because it is more lyrical.

Novel is extremely vivacious throughout both his chorus and verses, as he delivers these boisterous lyrics over this hyped up beat. In a very clever way, Novel associates his street mentality to some of the most famous dances of all time, connecting the two very accurately. By the time you finish hearing the song, you will feel like you heard a track that was both some street s–t and actually entertaining!

This song definitely goes hard, with Novel rapping over a hard-hitting/gutter beat. The whole time you listen to the song, you will find yourself nodding your head crazily.

The aggression on this song is real, as content-wise Novel explains why he’s so motivated to succeed in these streets. Content-wise, you get a good combination of street lyrics and infectious punchlines from him, as he aims to bully these other rappers for their number one spot.

With a lack of street rappers in the game nowadays, music like this should catch your attention for sure!

This is the ultimate mobbin’ song, with Novel rallying all his soldiers to roll with him on this target practice that is aimed at all the haters.

Novel opens up the song with this amped up verse, demonstratively spitting out some lyrics that will get your heart racing. I love his flow on the song, as he spews out words rampantly over the dramatic beat. I feel like this is the perfect setup verse for the other guys to get started.

Bino has the second verse, and he matches that consistent flow that Novel was rapping with on his verse. While Bino is a little less animated than Novel (He’s actually pretty chill), he still drops this tough ass verse that consists of some excellent wordplay.

Sicc Flowz has the last verse, and he sorta mimics Novel’s verse in terms of energy. You can tell Sicc is having fun with the beat, as he effortlessly drops bars about his flossin’ ways.

Doesn’t this track remind you of some old school No Limit s–t on the chorus? I’m feelin’ the vintage sound for sure!