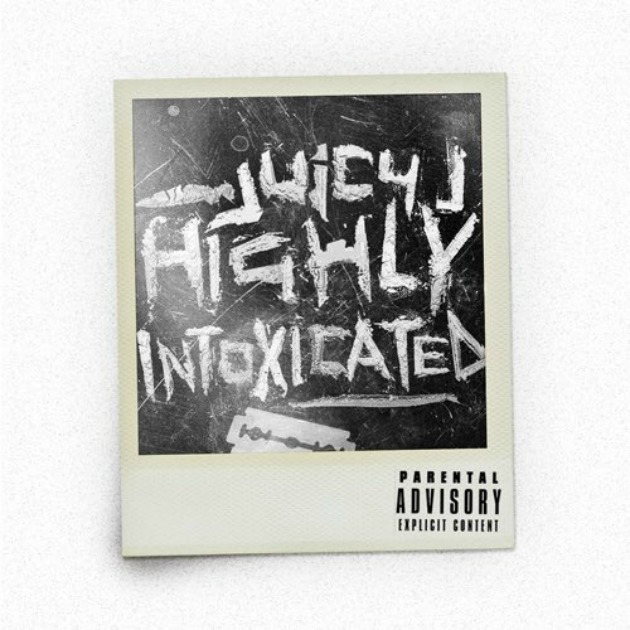 Juicy J is still prevalent in the rap game after all these years, and that should be astonishing to you based off the fact that hip hop is an always growing genre. Remember, Juicy J was the creator of that whole trippy brand, so his influence is definitely felt throughout the industry. But f–k a lifetime achievement award, Juicy is still ticking, and with this new Mixtape, he looks to create yet another project that got us wanting everyday to be a Friday at your local strip club.

One of the most talked about rappers these days is XXXTENTACION, and surprisingly, he’s been backing up his fame with some really good features. On this song, I love his energy, as he takes some of Juicy’s trippy juice to make this concoction that involves high energy and teenage rebelliousness.

Cardi B handles the hook on this song, and she sounds like one of the most ratchet human beings I’ve heard in my life. Woman tend to hate when you disrespect them, but Cardi B is allowing you to do that and then some on this song.

Juicy J follows in Cardi B’s ghetto ass footsteps, letting her know that he’ll beat it up in the bedroom (or anywhere actually). Juicy isn’t as annoying as Cardi on this song, but he’s still pretty ridiculous.

I feel like I gotta take a shower after listening to this song.

I don’t know about you, but every song Juicy J drops has the potential of being called ‘Freaky’.

Juicy J goes hard on this track, rapping with this aggression that is a little different than the other tracks on this Mixtape. With the instrumental sounding a bit wicked, I believe it was fitting that Juicy came with that approach.

You get a trippy version of A$AP Rocky on this song, and it is driven by a very structured verse from him. A$AP doesn’t usually dumb down his rapping on features, but on this particular song, he was determined to cater to the uneducated strippers of the world.

The SUICIDEBOYS take this track to another level to me, making the song feel a lot more ruthless than the other rappers made it feel. While Juicy and A$AP came with this scumbag approach, I feel like the SUICIDEBOYS want to end up on the ID channel with their verses.

‘Watch Money Fall’ is probably the most commercial ready song on the Mixtape, as Juicy was able to mix in this emotional instrumental with a picture perfect hook.

Rick Ross can still grab the attention of rap fans with his bombastic approach, and in this song you can hear the glow in the bosses voice as he brags and boasts about all the money he has.

Project Pat never disappoints to me, especially when you let him say ‘Ass and Titties’ for about 30 seconds! His verse closes the song out, and it is a short little one to remind the people who the strip club connoisseur is.

I feel like this is the most complete track on the Mixtape.

You can never go wrong with a weed dedication song from two of the biggest stoners in the game!

I think this song has a dope theme to it: it is soulful, slow, and sort-of adorable. Wiz’s part is pretty catchy, as he sings this very gentle chorus about them not being able to help their weed addiction.

Juicy J sounds like he’s going through a therapy session right? He’s rapping slow, and sorta sounds apologetic about being a weed head.

i feel like this is a good change of direction for the project.

On this project, Juicy J continues to be that legend in the game that can talk directly to the youth, elders, and in-between. Not once do I find Juicy to sound watered down or fugazzi, something I think is really hard to do considering the amount of characters we have in the rap game right now.

You know what I love about Juicy J? He never gets out shined on a song, instead he forces his features to adjust to his style. I think this makes the Mixtape sound even more consistent, and it definitely makes it sound more dynamic.

Juicy J has put out plenty of Mixtapes in the last two years, but this one might top them all! Not only do you get vintage Juicy (And even Project Pat) on this project, but you see Juicy step out side of the box a little from song to song (i.e. What i Do, Always High). All in all, hip hoppers everywhere will find enjoyment in listening to this Mixtape from start to finish.