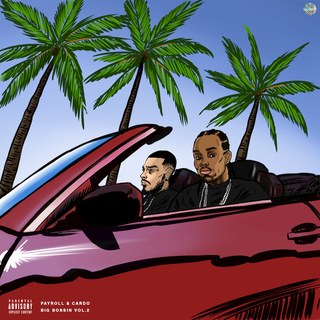 Somebody slap me for missing these albums

I don’t know why, but I still see potential in ILOVEMAKONNEN’s career. I stil check for his records, something that has resulted in several ear blockage episodes these last couple of years. In his newest EP, he continues to disappoint, dropping four tracks of f—-kery that at times Is absolutely putrid. In my humbling opinion, I think you should stay far away from this EP.

Detroit rapper, Payroll, decided to link up with producer Cardo for a full album, and it is as complete as a rap album is going to get. With bars that are gritty and beats that are trill, Payroll lives the lavish rap life from song to song, sounding like the second coming of Eazy-E. I think the album has a pretty fiery tone to it overall, one that can possibly heat up the Winter time for you just a bit.

Craig David surprisingly made it to 2018, and I’m all the way here for it! In his return album, the UK singer gives us plenty of colorful tracks, singing with this glow that is brighter than Russell Westbrook’s clothing selections. In my opinion, he still sounds like that charming guy that took seven days to sleep with his girlfriend from the past, but it’s kind of weird now because he’s almost 37 years old. Anyway, I’ma fan of the project.

It’s ironic that Sy Ari Da Kid has a box on his head on the front cover of this album, because for majority of it he does his best to step outside of it. The moment you press play, Sy hits us with an abundance of punchlines, ones that sound like he proofread the hell out of his bars before laying them down. Nonetheless, the album is a lot of fun, as he brings this youthful approach to a couple of our favorite topics of today.