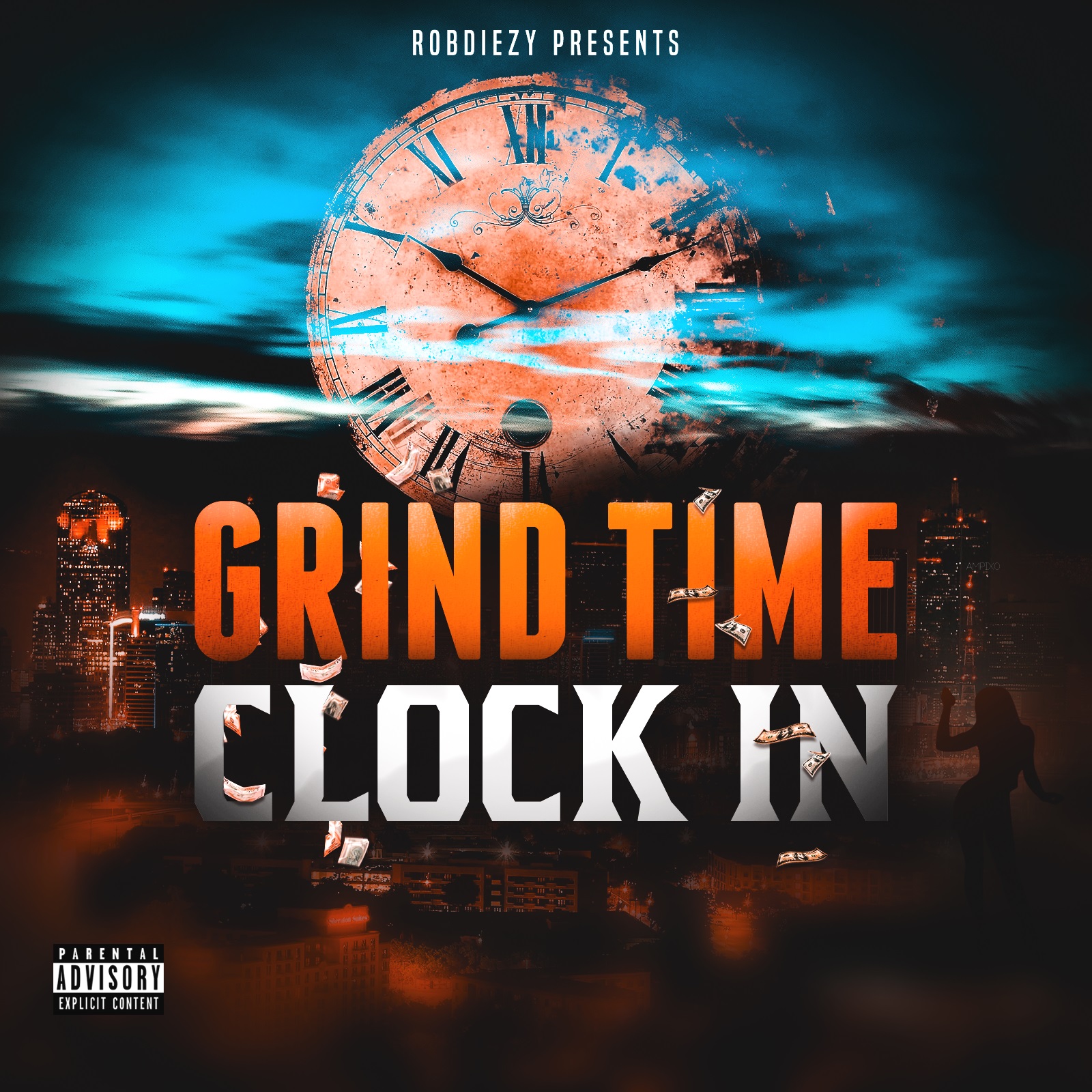 I feel like Dallas hip hop producer, Robdiezy, has a new mixtape in “Grind Time Clock In” that is exactly what the streets needed! Not only does it contain some tough ass production, but it also features a couple of artists in the game that are hungry, focused, and fit that southern rap sound that Robdiezy produces oh so well. So with that being said, I will rate the 7 track project for you today, and tell you why this might be one of Robdiezy’s best projects-to-date.

“How Much Money” is the perfect way to start this album off. On it, Robdiezy and Business Man lace us up with this riveting trap record that gets more and more amped up as the song goes on. Not only is it heavy-hitting, but it has this trap element to it that true hip hop fiends will love.

Despite the club vibe of the track, Business man gives us some pretty truthful bars on this song, discussing what motivates him, his dealings with his baby mama, and some of his financial worries. I’m not going to lie, I love a song that can get me amped up and still have me learn a lesson like this.

Sir Charles keeps his foot on the people’s neck on “Cypher.”

You know what I like about Sir Charles style? I feel like he’s really passionate about this rapping s–t. I know that sounds like a simple ass comment, but I feel like you hear this level of perfection from him on a good number of bars he spits on his music. In “Cypher,” he proves my theory to be true, dropping a few lyrical haymakers over this peculiar instrumental by Robdiezy. I know the track is one of the shorter ones on the tape, but best believe, it is also one of the more lyrical.

“Beat It Out the Frame” is as catchy as it gets. Production-wise, Robdiezy gives us this infectious sound that is powered by some heart-pumping noises throughout. As it plays, I can easily see a big booty ratchet girl twerking to it.

Both J. Steve and Sakklife Amazin both do their thing on the track, shining bright through this playful hook and melodic rap approach. I love how carefree they are in their lyrics, as they have absolutely no problem letting the world know about all the savage things they want to do to their respective dimepieces.

These guys have to create a dance to this track, ASAP!

Sir Charles gives us nothing but hungry bars on “Check Mate.”

The tenacity that Sir Charles raps with on “Check Mate” will catch your attention almost instantly. It’s almost like he had a gallon of caffeine before stepping in the booth, because the punchline heavy bars are coming rampant from him. Aside from that, he gives us numerous flows, switching them interchangeably throughout. It’s almost like the rugged instrumental that Robdiezy brings out the animal in Charles, as he takes shots at his foes and challenges his competition through some pretty heroic bars.

Who doesn’t need some of that ‘good good’ in their lives from time to time, right? Not only does it give you that relaxation that you occasionally need, but both Stylez and T Bayb show you that it can also give you unbelievable focus on the mic, too! I feel like both rappers spit phenomenally on this track, piecing their words together like English professors. In addition to that, the duo also rap with two dynamic/fast paced flows that can easily have them featured on an episode of ESPN’s sports science. (Yes, their contributions are that good on this song)

It’s no doubt about it that Robdiezy and his friends were intent on bringing back the realness for this 7 track EP. I feel like every song sports this organic southern rap feel that will either have you doing the stank face or moving your feet. In addition to that, each song boasts some sort of unique rap characteristic — from the fast spitting “Different Strands,” to the extremely catchy “Beat It Out the Frame.” There is something for everyone on the mixtape, which tells me the mastermind behind it all (Robdiezy) is truly a hip hop architect for the people!

Make sure you checkout the project HERE! or at https://indy.livemixtapes.com/mixtapes/46383/grind-time-clock-in.html