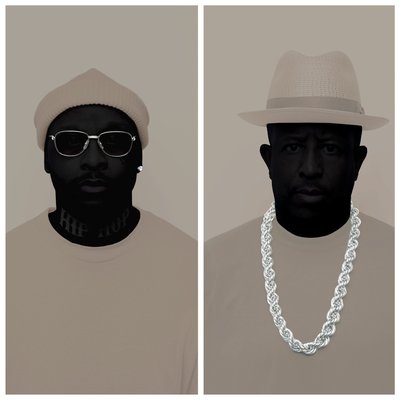 Royce Da 5’9 is a MC that I think people are finally beginning to pay proper respect to. Not only do we see him featuring with big name artists these days, but you are also starting to hear a few cats in the game pay homage to him any chance they get. As for DJ Premier, he is a legendary producer that has collaborated with the best of the best in the game, making sure he infuses this old school style of production to whatever song he’s slated to produce. With that being said, I expect this album to boast some hungry bars and timeless instrumentals.  (That’s not a bad combination at all)

Royce Da 5’9, DJ Premier & 2 Chainz let the women know that they need to step their game up in “Flirt.”

“Flirt” is both raw and unapologetic, as each rapper gives us some juicy lyrics that revolve around reckless women they’ve met in the past. While Royce sorta takes it easy on his part, opting to give all the scallywags of the world a sarcastic lesson on courting, Chainz goes for the kill, dropping this punchline heavy/intrustive verse that goes in and out of storytelling throughout.

These dudes are all over 40, yet they are talking about how a woman should approach talking to them (SMH).

I’m under the impression that if Royce Da 5’9 felt like slaying every rapper in the game, the only one that could possibly give him issues is Eminem. His ability to piece words together while rap with this high level of aggression makes him very scary for opposing competition. With that being said, On “1 of the Hardest,” Premiere laced Royce with this heavy hitting instrumental that has our hero sounding like the rap version of Contra. I love Royce’s intensity on the track, and how he is intent in letting the world know he’s never been a shook one on the mic.

Musically, this may not best song on the album, but I definitely think it is the most lyrical.

I think “Rock It” is DJ premiere’s baby. It contains traditional Premiere production — one that is powered by a dramatic violin and plenty of DJ Scratches. It also has this underdog feel to it that Royce takes full advantage of.

The theme of this song revolves around Jay-Z’s powerful “Heart Of The City” tune from “The BluePrint,” with Royce giving his personal feelings about a few sentiments Jay-Z had on his version. I like how sly yet passionate the Detroit rapper sounds on the track, as he effortlessly lets the world know about his relentlessness to succeed through some very inspired bars.

You know what I love about songs like these? It brings together two rappers that have their differences stylistically, and for one lucky day, they each get to emulate the others style of rapping. On ‘Era,’ listeners get a version of Dave East that is a bit more fixated on his sarcasm, while Royce Da 5’9 focuses on his grittiness a little more than usual on his verse. Combining the two makes for this cypher like cut — one that is encouraged by the D-Boy inspired instrumental by DJ Premier.

Who won this song? It’s close, but I give it to Royce.

Honestly, “Everyday Struggle” is the most important song on this album. With Premier lacing the track with this simple/piano-heavy instrumental, Royce gets a chance to simply speak his mind to the people, giving his take on the fragile ‘new school vs. the old school’ argument. Clearly influenced by Joe Budden and Lil Yachty’s argument on the “Everyday Struggle” podcast, Royce does his best to ease the tension between both camps by giving us a couple of logical explanations for why things are the way they are today.

I think this track serves as the perfect summary to the whole album.

Royce Da 5’9 never lets his foot off the gas on this album. From start to finish, he gives you nothing but immaculate bars, most likely convincing you that 40 might very well be the new 30 when it comes to this rapping s–t. As for his running partner on the album (DJ Premier), he continues to do what he’s been doing well these last couple of years, providing us with some of the most beloved rap instrumentals you would hear in our  genre today. Together, both artists were able to give us this 17 track treat that is nothing less than bedazzling. By the end of it, you will find yourself envying your grey haired mothers and fathers for having such a sound be commonplace to them back in the day.

You get a good mixture of styles feature-wise on this album, as the PRhyme duo found themselves collaborating with the sternest of rappers to the wisest of rappers in the industry on it. Although this aspect makes for a more versatile project, I think it’s the fact that everybody came with their A game lyrically on their respective songs that stood out the most. It’s almost like each guest on the project was involved in this game of stump the 5’9, unsuccessfully keeping up with the Slaughterhouse spitter.

You know what I loved most about this album? It showcased real rap, but didn’t make you feel bad for neglecting it when you had the chance to listen to it on Spotify just a few days ago. Both lyrically and subject-wise, Royce embraces the new school age (Even if he doesn’t understand it), but at the same time makes it a mission to give listeners his old school perspective whenever he can. Personally, I think that is one of the best ways to unify a very divided hip hop.