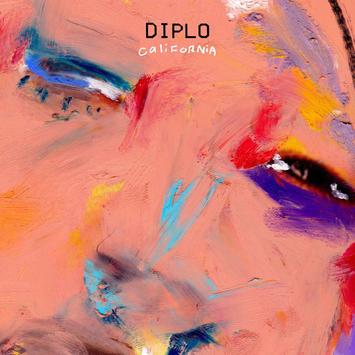 I love me some art, and that artwork Diplo attached to this EP is dope as hell, to me! Anyway, “California” boasts some pretty interesting features in DRAM, Santigold, Lil Xan, and more. With that being said, I expect the unexpected.

Diplo has mixed the musical equivalent of butter and ice together for “Worry No More.”

In his real life, Diplo is a random ass dude: One minute you can catch him cross-dressing, and in the next, you might see him hanging out with the trappers of the world. In “Worry No More,” the super producer combines both of these worlds together (Kinda), recruiting Yachty and former Wal-Mart employee, Santi Gold, for this colorful duet. is the song the best thing since sliced bread? No, but its summertime vibes will draw you in.

When Yachty is tamed like he is on this track, he is a pretty decent artist.

DRAM has been all over the industry these last couple of years, showing off an ability to do just about everything when it comes to making hip hop music. In “Look Back,” the VA based artist sings the blues over this slow paced instrumental.

This song literally sounds like the music they play after a protagonist gets his ass kicked on a movie, and the film tries to trick you into thinking they are dead.

Trippie Redd has been a lot more versatile since first stepping on the scene, and this song certainly  proves that. In “Wish,” the Ohio born rapper shows us some rebellious/rockstar like vocals over this very smooth instrumental. Initially, it might sound a bit off, but as the song goes on, you’ll realize the marriage works quite a bit.

Would it really be a surprise if I told you a song called “Suicidal” was emotional and heartfelt? On it, Desiigner talks about possibly giving in to the demons that bother him throughout the day, singing with this passion that I think will resonate with you. He’s definitely being an open book on the track, but at the same time was able to create something that was a bit exhilarating.

Ironically, Desiigner is ready to give up his future… Get it? OK, maybe that was too low of a blow considering the man is hurting on the song.

I love “Get Right!” It is one of those high powered tracks that combine daring vocals with lots of fusion instrumentally. Goldlink adds a bit of a curve ball to the track, dropping this cliche rap verse towards the end. I don’t think there is anything special about the lyrics he drops, but it definitely makes the track feel a lot more dynamic.

Goldlink is getting them pop tart checks lately, and I love it!

This was one of the easiest reviews I’ve ever done! It’s 6 songs long, and each of the songs are at least decent. There is a lot of experimenting being done on the project, as Diplo made sure he put his features on songs in which they were forced to step outside of their comfort zone. Most of the times it works, but other times it falls a bit short (See “Worry No More”). You’ll like the project, but at the same time, it is a really really small sample size.