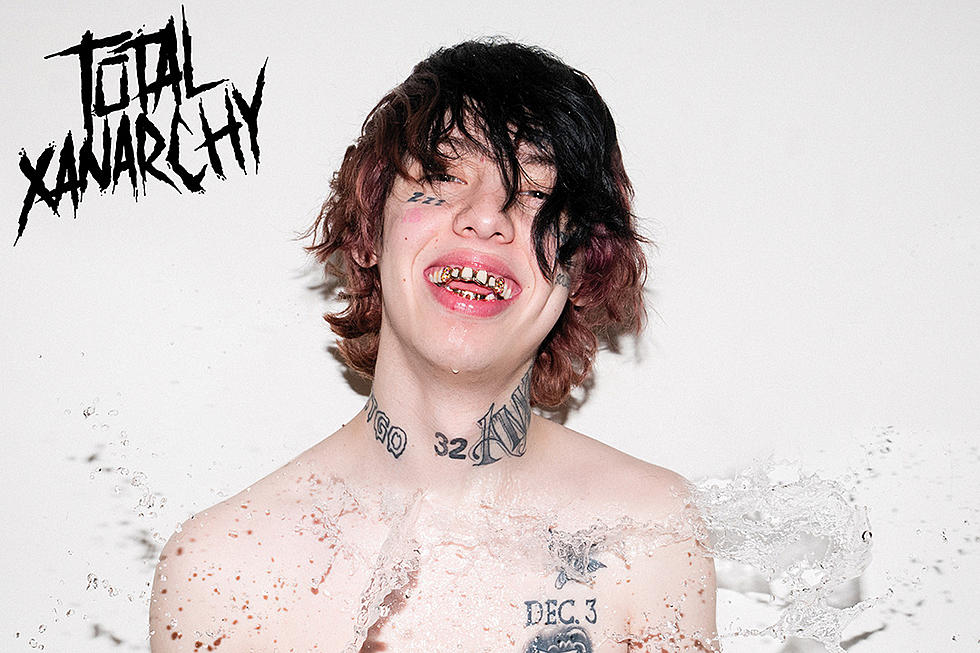 Why are we OK with this guy looking like a dude that just had a big bowl of drugs with 2 percent milk in it for breakfast this morning? Anyway, Lil Xan’s outrageous brand has taken him all the way to rap relevance, and old heads like myself have to live with it. Well since he’s here, I’m interested to see if he will stay both in the rap game and alive.

I think “Who I Am” is the perfect way to open up this album: It sounds a bit twisted for my liking, but Lil Xan gets a chance to explain what he represents to the world. At times, he gives us something semi-lyrical, but for the most part, he sounds like he’s going in and out of coherency.

I can’t believe YG decided to hop on this s**tty album.

Believe it or not, “Round Here” actually contains a version of Lil Xan that is actually comprehensible. In addition to that, he sounds like a legitimate thug on the track too, calling out all the Fugazi individuals of the world using this pretty consistent flow. Hands down, this is his best rap performance on the album.

YG solidified this song’s gangsta, dropping an effortless verse that has him pulling a couple individual’s thug cards. If you ask me, his partner in crime on this song should’ve been the first one in line to have his card pulled.

Rae Sremmurd may have saved this album from ending up in the purgatory.

Content-wise, “Shine Hard” is your typical Rae Sremmurd song in which they brag about all the money they have and how that money can buy them any b**ch they want. But what makes this particular go round special is that it feels like they are playing big brother to Xan throughout it. You can tell Xan allowed them to take the song in whatever direction they felt like it should go, and that direction ends up leading the trio to this spirited club banger. If you blink, you will miss Xan’s part, as he plays second fiddle to both Slim Jxmmi and Swae Lee.

Swae continues to kill hooks, and I continue to have hemorrhoids.

“Color Blind” definitely passes the test of listenable (That’s saying a lot, cause there isn’t many listenable songs on this album). It’s produced by Diplo, and as expected, the super producer blesses Lil Xan with this colorful instrumental that allows him to get lost in its vibes. I don’t quite love his contributions on the track, but do appreciate his willingness to open up in ways he simply didn’t on other songs.

With “Betrayed,” the world was introduced to Lil Xan! Now how can we make him go away?

I like how cold “Betrayed” sounds production-wise, and I am feeling the random thoughts Xan discusses on it. Unlike his other tracks on this putrid album, something about the words he delivers on this particular song comes across as authentic. (Maybe my mind tapped out on me because it was the 13th track.)

I knew Lil Xan wasn’t the best rapper in the world, but I didn’t expect to hear a number of songs on this album in which he can barely pass as a musician. Seriously, too many times he spews out gibberish on this album, sounding like a drug addict that could care less about what it takes to be a successful rap artist. Your typical listener would say he sounds troubled, but I say he sounds like someone who’s faking being troubled.

On certain songs like “Round Here” and “Who I am,” Xan actually sounds like a guy that is capable of holding his own rapping-wise, dropping a couple of meaningful bars and rapping with some pretty decent confidence. Unfortunately, majority of the other songs on this album has him sounding like a demented brat that resorts to the same tired ass lines the Lil Pump’s of the world resort to when they have nothing to talk about. Maybe I am an old head that doesn’t quite get the approach these young whipper snappers are using to make music, but s**t comes across as disgraceful at times.

This album is one big bowl of laziness. Xan thinks he can get away with rapping about nonsense for majority of it, and ends up falling flat on his face. If there is any reason to waste your time listening to it, it will be for its pretty hot beats.