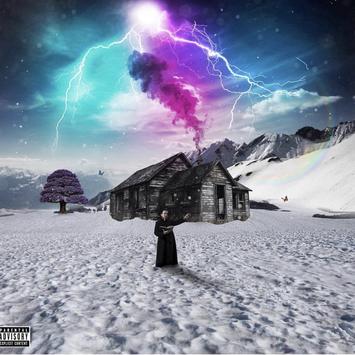 The amount of growth both Murda Beatz and Smokepurpp has went through since I first heard about them is substantial. Initially, it felt like Murda’s trajectory would lead him no higher than a Migos mixtape song. And as for SmokePurpp, I saw him as just another young trap rapper that would eventually fizzle out when the next Lil Whatever made their emergence to the scene. Since then, Murda has been a part of several hit records, and SmokePurpp has been one of the go-to trappers in the industry. Does that mean this collaborative album is the second coming of the ‘Best of Both Worlds?’ Not quite yet, but I think it’s pretty dope that these two young studs were able to link up for a full project at this time in their careers.

“For The Gang” closes out the album, and I feel like it pays homage to all the dudes that was riding with Murda and SmokePurpp these last couple of years. The track is only about 1 minute and 40 seconds long, but was still able to catch my attention through its hypnotic melodies, heavy trap roots production-wise, and trill ass lyrics. SmokePurpp certainly holds his own on this one.

I’ma bit conflicted about hearing Smokepurpp sing on this song. He doesn’t sound bad on “Big Dope,” I just think his lyrical content doesn’t quite line up with the singing he’s doing. However, I will say this: It’s hard not to get lost in the vibes of this track, as SmokePurpp delivers when it comes to giving us an infectious melody. I reiterate, his lyrical content is the only thing that brings this song down.

I think this is the best beat on the project. Murda gave us something that is complex, bass boomin’, and slightly charming.

Smokepurpp, Murda Beatz, Offset and Lil Yachty all on one song is a big ass nightmare for parental guardians everywhere.

Lets be real: This song is both trill and annoying. The instrumental sounds like a f**king fly that you can’t swat away, but at the same time it knocks. Smokepurpp has the first verse, and he sets the tone, providing the track with this dread swinging/start and stop flow that will get you hyped like s**t. Yachty and Offset have the second and third verse, and they both rap with this arrogance that reminds you why they actually have people that look up to them in the streets.

Initially, I thought this track sounded like a hot mess, but the more I heard it — the more I enjoyed it.

SmokePurpp teaches us all how to count in the trap-inspired “123.”

It’s a pretty close race to find out who wins the most elementary rapper award for 2018, but it looks like SmokePurpp may have pulled ahead with this one! In “123,” the Florida based rapper dumbs down his sound to Waldo from Family Matters level, providing us with this simplistic tune that has him rapping with this dense flow. As for the instrumental, it is fire, as it combines this heavy-hitting trap sound with a bit of a snake charmer one.

If you ask me, A$AP Ferg and SmokePurpp are cut from the same cloth; that is why this collaboration makes perfect sense. Over this fast paced instrumental that has some strip club roots to it, both rappers spit with these rowdy styles that will make you want to have a slight riot in your living room. I love every second of it: The disrespectful lyrics, the aggression, the fact that A$AP wants us to pray for his Knicks!

Maybe SmokePurpp should collaborate with Murda Beatz more often, because I feel like the chemistry between both rappers is really good! On SmokePurpp’s debut album, I thought one of the biggest issues was that it lacked consistency, as he mixed together so many different sounds that simply didn’t work with one another. In this album, I hear a consistent sound, and I think it helps the listeners to fully understand his unique style. Aside from that, Murda also provided Smoke with some beats that allowed him to step outside of his comfort zone a bit, and when he did, he actually succeeded. I think it’s safe to say, they made each other better on this project.

Since I grew up listening to 90’s rap, you know I will always have an issue with the lyrical content of the rappers today. I curve, I try to look past, but when I hear simple ass hooks and meaningless lyrical content for 10 songs straight, I gotta call it out. However, I thought Smoke did utilize some dynamic flows, showing the world he is capable of rapping like a few of our favorite rappers out today (aka Migos)…Ya’ll still like Migos, right?

The production by Murda Beatz on this album is 10/10. How a young/white Canadian was able to create beats that sounded like it was made in the kitchen of a bando is astonishing to me! Every single beat is a banger! The way he was able to adjust the beats to favor SmokePurpp’s unorthodox style throughout is genius. Murda Beatz is clearly the MVP of this project.

SmokePurpp and Murda Beatz didn’t make a classic album with “Bless Yo Trap,” but I think they reminded us why these collaboration projects have been an absolute joy these last couple of months. I do look forward to hearing a couple of the tracks on this album in the clubs, and expect both of their legends to grow from here.