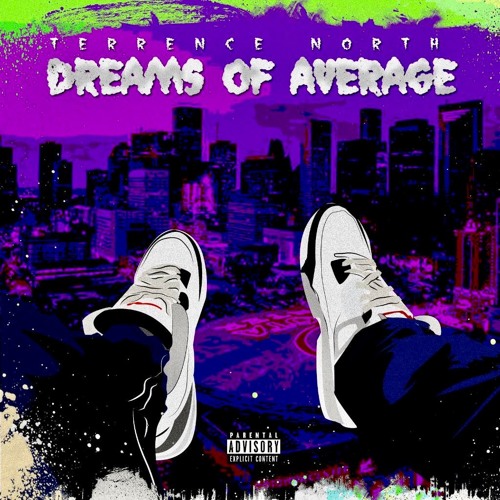 The first release from Houston Northsider, Terrence North, features some real heat! The up and coming rapper/songwriter has described himself as “dedicated to the music and motivated by the struggle,” so it is to no surprise that he pours those sentiments into literally every track on this mixtape. With that being said, “Dreams of Average” contains plenty of passion, and features music that is meant to be felt just as much as it is meant to be heard.

I personally love the laid-back feel of “Major Blessings.” The track has a memorable chorus, and an instrumental that is both smooth and mawkish. On his verses, Terrence North prays for his “major blessings” through this imperturbable flow that will make you want to light one up as you listen to it.

It is pretty inspiring how Terrance North lays down the groundwork for his fame and fortune on this song. He makes it feel attainable despite the fact that nothing is promised in this world.

A good majority of the themes on this mixtape revolves around following your dreams and doing whatever it takes to meet your goals. On “OWT,” North advertises those sentiments while also preaching that hard work and perseverance are the “only way there.” Overall, the track has a motivational purpose, and if you really listen to the lyrics Terrance North drops on it, you’ll be convinced that his dedication towards his passions is palpable.

Derion J, who by the way sounds like a young Snoop, teams up with Terrence North on this song. He raps with a different rhythm to the beat, but shares North’s relentlessness to make it to the top.

If this track doesn’t motivate you to get on your grind, I don’t know what will.

You can tell Terrence North had a lot of fun recording this track. It is the shortest on the mixtape, but has this celebratory feel to it that makes it addictive.

On his verses, North likens his skills and drive to win it all to that of the 94-95 Houston Rockets. If his home team advancing to the second round of the western conference playoffs is any indication of his future successes, then things are looking bright for him!

There’s always that one love-related song on nearly every album or mixtape, and “Tell Me What It Is” is it. On it, Terrance gets a chance to provide his girl with a few tender words over this R&B inspired instrumental. The harmonizing he does on the track is pretty infectious, and his slow-paced flow on his verses tells me he understands the importance of capitalizing on the tone of the record.

I’m highly impressed with the fact that Terrance didn’t use a lick of auto-tune when he was singing on this song.

This song is absolutely menacing, and everyone knows I love a menacing rap track! Terrence North and Dj Mane were in their bag when they recorded this.

To me, this song has the most potential to be a viral hit. On it, both Terrance North and DJ Mane pass the mic back and forth with confidence and ease, letting the listeners know about their winning ways through formidable flows and gritty lyrics. What I love most about the track is that the production has this signature trap snare — one that encourages you to scrunch up your face while counting your wad of cash.

With “Dreams of Average,” Terrence North got a chance to express his trials, tribulations, inspirations, and motivation. Throughout, he lets it be known that he does not want to be a celebrity worshipped by the masses, which I think results in genuine rap music.

There is so many different genres of hip hop music on this mixtape. On certain songs, you may get something melodic in which North makes it a mission to show off his ability to harmonize, and in others, you get this aggressive version of the Houston rapper that is prepared to protect his throne. It makes for a versatile album that has something for everyone.

This mixtape featured a lot of Houston pride with songs like “Northsiders,” “Clutch City Rockets,” and “From The Soul.” (“Northsiders” is where North reps his status as a Houston Northsider, “Clutch City Rockets” pays homage to the thriving basketball franchise based out of Houston, and “From The Soul” uses the chopped and screwed style that originated from Houston in the 90’s) Simply based off of those three songs, you can tell there is this urgency from North to rep his city, and that love he has for the place he grew up in will certainly resonate with you.

Make sure you give “Dreams of Average” HERE!