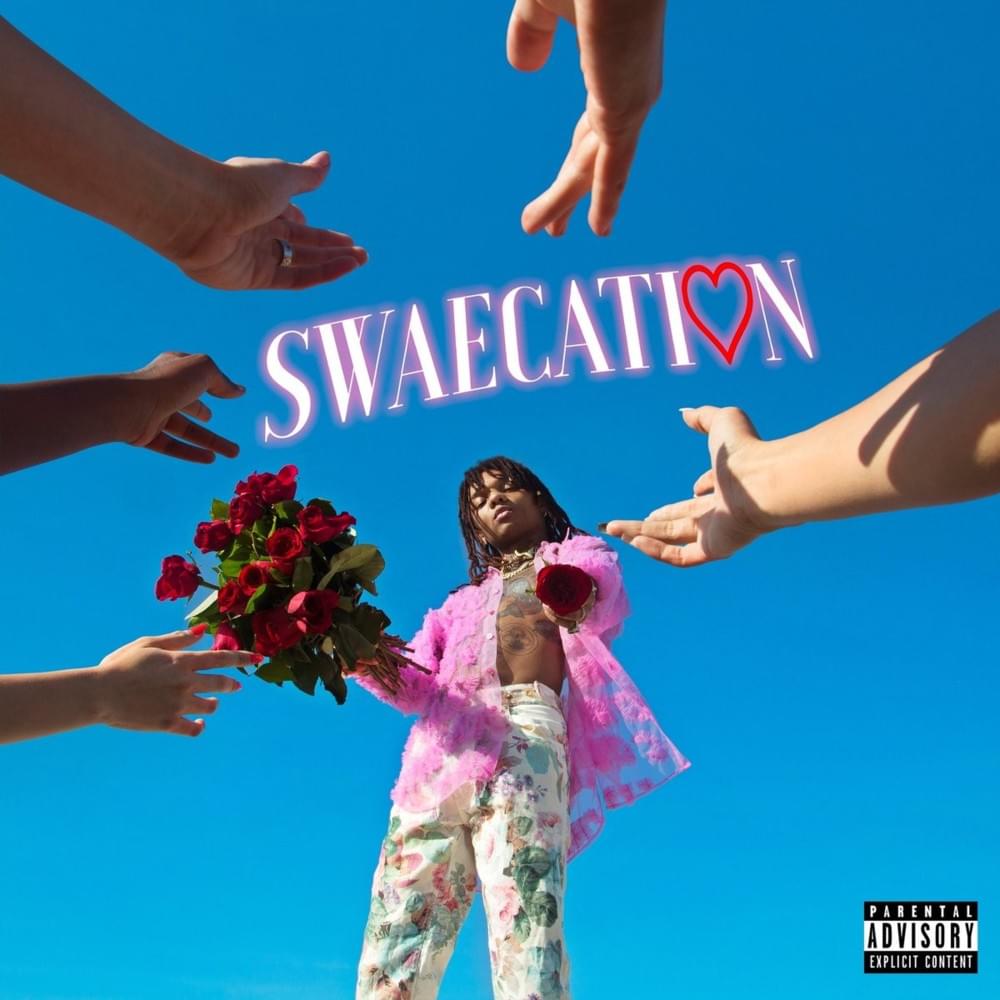 You know what I was guilty of in the past? Thinking Rae Sremmurd would be just another gimmicky duo that wouldn’t get past slightly relevant in the rap game; well it looks like they proved me wrong. In present day hip hop, I believe they have been just as influential as any one of their peers, but for some odd reason, it seems like they never get the credit they deserve. With that being said, I expect “SR3MM” to be the album that elevates them to super star status, especially since they’ve been showing off what they are capable of doing on the solo tip as of late. In part 2 of my 3 part review for this album, I look at Swae Lee’s R&B inspired effort in “Swaecation.”

“Lost Angels” f**ks with your mind from start to finish. I feel like it has this outer-space-ish vibe to it that is partly infectious and slightly bizarre. I do love how Swae bounces back and forth between this low and high-pitched sound throughout, coming across like a n***a that is going to war with his grown-up and pre-puberfied self. As for his lyrics, they are on some real s**t, but at the same time, a bit creepy…. Why would you want this woman to hide from you so bad? When you say you’re a smoking gun, what does that mean you are capable of doing? Swae, you’re scaring me!

If you have a car with a drop top, listen to “Touchscreen Navigation” in it with the top down to fully gauge its musicality. It is absolutely smooth, from the beat to the way Swae is singing on it. The song also has a few good melodies attached to it — ones that force Swae to sing in a variety of ways.

This is probably not the best song on the album, but in my opinion, it is one of the most impressive.

I’m always down for some good ole brunch music like this! Pass the Egg Benedict, Peter..

“Hurt To Look” is beyond pleasant, as Swae continue to tap into his mushy side through some vulnerable lyrics and gentle harmonizing. It’s almost like he made the song directly after a break-up, and now that he is ready to get his Dennis Rodman on, he has this pep to his step.

I hear this attention to detail in this song that tells me this was a very important track to Swae.

2. HEAT OF THE MOMENT

“Heat of The Moment’ contains a very spirited effort from Swae. Powered by this flute-heavy/808 boomin’ instrumental, the light skin half of Rae Sremmurd lets the world know about the confidence he has in himself using this strong melody and sturdy vocals. On his verses, Swae shows the world that he is wide awake when it comes to love, letting his lady know that he has her back and that he is prepared to deal with the trials and tribulations that come with growing a romantic relationship. Isn’t that sweet?

In the heat of the moment, the Toronto Raptors crumble.

“Guatamala” is being marketed as “Unforgettable 2.0,” but I see it as slightly better. First off all, you get more Swae Lee and less French Montana on this version, as our hero gets a chance to get lost in the vibes of the Afro-beat for about 95% of this song. Secondly, though he’s singing very softly on this s**t, his lyrics are a lot tougher than the original version. This means the song can be enjoyed by thugs and brunch-goers alike.

Slim Jxmmi drops a verse at the end of the song, and it mimics everything Swae tried to do on his contributions. While I prefer Jxmmi to hit us with some bars as opposed to sing, I can still dig his part because it is in line with the vibes of the track.

It’s funny how these rappers always talk about taking a chick to this exotic country, but never discuss the booking process that comes with traveling. What if the flight you’re trying to get has layovers? Are you willing to sit in a f**king airport for 7 hours with this girl you just met, Swae? I think not!

My biggest takeaway from this album is that Swae Lee is a legit singer. I think he has this angelic voice that is capable of reaching notes that these other rapper turnt singers simply can’t reach. I also think Swae plays the role of crooner very well, showing this willingness to tap into his feelings whenever the vibes of the song asks for it. When you combine all these factors together, you get this modern day Ralph Tresvant that has a drink in his hand and some bad b*tches on his side.

Lots of kudos has to go to all the producers involved with the making of this album. Based off of what I heard, there is no way in hell that Swae got these beats mailed to him. You can tell the producers worked with him in the studio diligently to zero in on this unique sound, because every track seems to fit the unpredictably fragile emotions of this R&B inspired version of Swae. Ladies, make sure you give the producers some love too when you shower Rae Sremmurd’s Romeo with kisses.

The maturation process that Swae Lee has gone through these last couple of years is hella impressive. For him to build a brand that is flexible enough to catch the attention of music listeners world-wide is simply something I didn’t see happening when I first heard them emerge onto the scene with “No Flex Zone.” It’s a testament to not only his work ethic, but the people around him that encouraged him to truly take advantage of his boyish voice and vulnerable thoughts. As a result, Swae Lee is a star in the making, and with this album, I feel like he’s only scratched the surface.