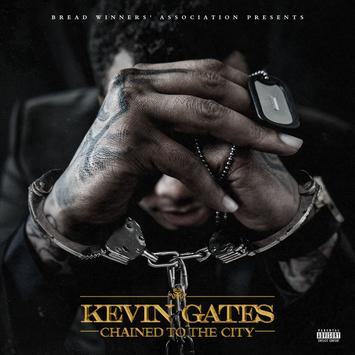 Here is an updated list of the top 5 realest rappers in the game: Dylan, Dylan, Dylan, Gates and Dylan. OK, all jokes aside, rap has missed the Louisiana native these last couple of months, as the 12 had him locked up and caged like a wild animal for domestic assault. The good news is that he’s finally out, and for the first time since his release, he decided to bless the world with new music.

“Let It Sing” is the clear-cut club hit on this EP, but it definitely lacks the wisdom of the other two songs.

The melody and catchy lines Gates was able to deliver on “Let It Sing” is what carries it into rap relevancy. It”s too infectious to ignore, as Gates draws you in with his glamorization of the materialistic things in life for the first and last time on this album.

“Change Lanes” showcases a version of Gates that has matured. I hope that means no more crazy ass Instagram posts in which he talks about eating p***y for 15 minutes.

“Change Lanes” combines this sobering sound with a gritty one production-wise, ultimately creating this platform in which Gates can either sing passionately or rap tenaciously. Lucky for us, he got the memo, because throughout this song he switches between soulful singing and gutter rapping. Content-wise, as expected, he touches on the struggle he goes through between fame and keeping to himself. I love how he doesn’t hold back his feelings on his verses, even admitting to the world that these days he doesn’t mind being a couch potato. (I’m paraphrasing, of course)

“Vouch” is the exact reason why Kevin Gates is one of the most unique rap artists out today. The song is a club banger, but he managed to instill so much raw emotion into it that you might f**k around and actually learn a valuable life lesson while you shake your ass to it. Even more impressive is how Gates is able to switch between sounding like he’s about to break down and cry to sounding like a stunna that is determined succeed.

I would pay top dollars to see what the f**k kind of erraticness is going on in Gate’s head.

Gates continues to pour his heart out into the music he makes; so much so that I felt like I was listening to a crying Jordan rap throughout this small project. Not only does his passion constantly rip through your soul when he raps, but he chooses to plug in his passion into songs that are supposed to be fun/energetic club bangers. I know that three songs is a small sample size, but based off of what I heard on them, I can see Gates making it a mission to assume the role as hip hop’s Pac.