Kyle – Light Of Mine (Album Review) 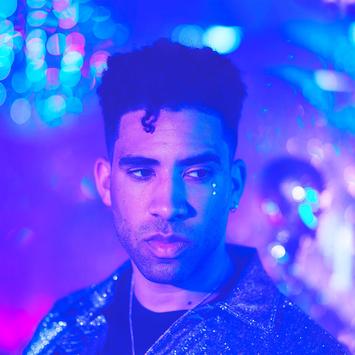 Kyle’s little light has been shining bright these last couple of months. With his hit single, “ISpy,” flying off of the charts, music fans all over were introduced to this snaggle tooth MC that made music that gave off nothing but youthful vibes. I’m not mad at it, because we all have a little bit of youth in us — Kyle just chooses to embrace it.

Look at Kyle finally being a gentlemen!

“Opendoors” is understandably smooth. It has Kyle talking about treating his women the right way —  I’m talking about doing the simple things like opening doors, making it a mission to call her on the phone first,  and wiping the toilet when he misses. Even though Avery Wilson is clearly the R&B talent on this song — and this song is certainly heavy on the R&B side, Kyle’s catchy hook, sly verses and relatable words are it’s biggest sticking points.

I must be a bad hubby, because my girl doesn’t expect me to do any of these things Kyle mentions on this song.

I’lll be honest with you: I think “IMISSME” is a very basic song in several aspects. Don’t get me wrong, I was grooving to it throughout, as it gives off these funky vibes, but on the real, the hook that Kyle drops on it is simple, his verse isn’t all that impressive, and Khalid’s contributions weren’t memorable. But once again, it’s the energy and the vibes of the song that carries it through — something I never ignore when it comes to writing a review.

One of the biggest things that will catch your attention about this album is Kyle’s ability to sing. Not only can he reach a few impressive notes, but In “Babies,” he shows he can hold his own against a true R&B artist like Alessia Cara.

I have a warning for all the thugs that gave this album a try: This song is extremely mushy. It features a version of Kyle that is gentle, careful with his words, and very soft-spoken. After listening to it, I proclaimed Alessia Cara to be the man of their musical relationship.

In the beginning of his verse, Kyle proclaimed to the world that this song will be a major hit; he is absolutely right! The bass boomin’ production that powers the track will have you hooked, both 2 Chainz and Kyle’s bars on their verses are confident and appealing, and Sophia Black’s glowing hook is addictive. I literally enjoyed every second of it.

Do you think “Ikuyo” can end up being just as big as “ISPY?”

I have a secret to tell you guys: “ISPY” is one of my favorite songs from last year. I love everything from its colorful instrumental, to its catchy hook, to even Lil Yachty’s melodic verse (And I usually hate when Yachty thinks he can sing). Overall, I feel like the song does a good job of making you feel good about yourself, as Kyle becomes the first person in hip hop history to have a smile on his face while laying down a complete record.

In an industry where it feels like everyone’s fart smells like perfume, Kyle embraces his flaws. That makes him relatable, and like I said in the past, human beings love relatable. Whether it’s his ascension to the top, his struggles with self-confidence, or his willingness to find a way to treat his lady right, Kyle shines his brightest when he comes across as human, and because of that, it’s hard to hate the kid.

I know, Kyle’s lisp bothers me too, but if you’re able to ignore it, you’ll understand that he can do just about everything you want your favorite artist to do. He sings, he raps, and even acts, and he sounds above average on all three. What I really like about his versatility, though, is that he spreads his talent around pretty equally on this album. In my opinion, he had the right amount of smooth records, the right amount of club records, and when both needed to be blended together, he mixed the two masterfully. He has a really good ear for music.

The features on this album were damn there perfect. I feel like not a single person outshined Kyle on it, they simply played his shoulder to lean on. However, what I wish he did do more of was feature Lil Yachty’s narrating. I thought his idea of making him his conscience was pretty dope, and I wouldn’t have minded if he used him on the intro to most if not all of the songs.

Kyle gives off this youthful feel throughout this album, yet his music is very mature sounding. Unlike a good chunk of the rappers that are his age and out now, the music he was able to deliver sounded very well-thought out; that means he made sure he plugged in originality into every record he made, stayed away from using the flows of today, and actually discussed subject matters that were meaningful. Overall, I can hear this want from him to be different from the rest of the pack, and in that pursuit, he made a pretty solid debut album.