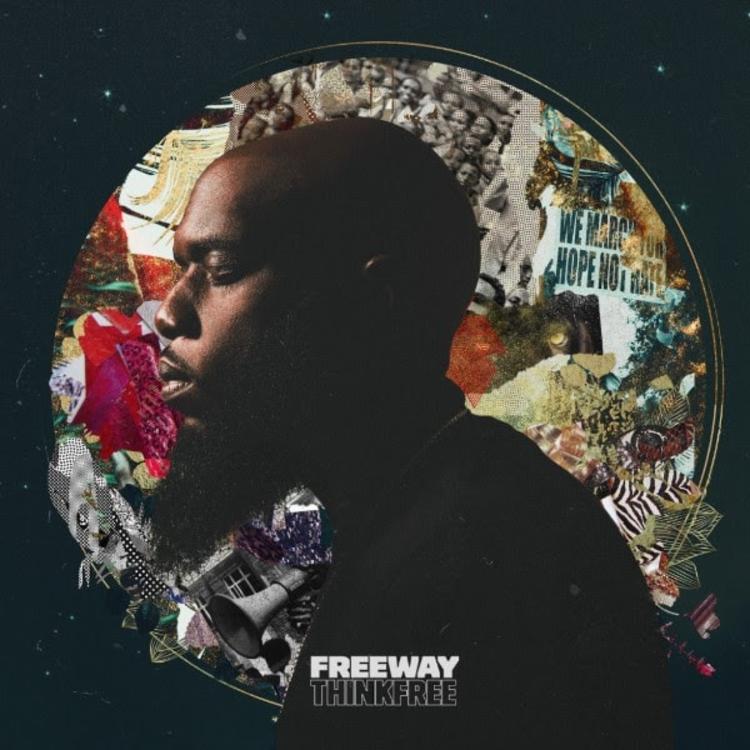 “Had to kill witnesses cause Free’s beard stickin’ out” is still one of the toughest lines in hip hop history! Since it was delivered by Jay-Z in 2004, a lot has changed: The disbandment of Roc-a-fella has happened, lots of new Philly artists have made their way onto the music scene, and the disappearance of Freeway. Today, the pioneer for gritty Philadelphia rap tries to make his triumphant return, and this time around, I’m willing to put a beat on!

It looks like someone in Freeway’s management team finally told him to capitalize off of Philly’s recent sports success.

I was never really the biggest Freeway fan, but I’ve always had respect for his willingness to give us nothing but the real whenever he rapped. All that may have changed today, as Freeway morphs into A$AP Ferg for this club banger titled “All The Way Live.” I ain’t mad at it, because he is actually able to keep up with the young people vibes of the song with plenty of catchy bars, an infectious hook (Which I’m pretty sure isn’t him), and a pretty wavy flow. Maybe this new sound works best for him? (That’s definitely more of a question than a statement)

“Cocaine White” is tough as s**t! It has this hard-hitting instrumental that also has elements of gentleness to it. Both Freeway and Fat Joe kill the beat at hand, rapping about their successes despite facing adversity during their come up. Even though the track has drug-dealing elements attached to it, it’s pretty humble at times.

This track reminds me of prime Ricky Rozay.

In my opinion, there is nothing better than a sacred rap track. “The Nation” is one of them, as it features this gospel-like rap instrumental that contains organs that’ll make you want to repent. As for the rappers featured on it (Freeway and Jadakiss), they each do their thing on their respective verses, challenging the heart of their competitors through some street certified words.

I find it funny how they make sure you feel every single word they spit on this song, giving us a more sophisticated “na na boo boo.”

Freeway calls this song an intro, but really, it is a complete song. It contains one long verse from him that is complimented by this soulful instrumental. Content-wise, he sorta gives listeners a history lesson about his life, getting a chance to speak some wisdom to the listeners throughout. I feel like he nails each and every line he delivers, showing the same exact confidence he had when he was poppin’ back in the early 2000’s.

This man knows how to enunciate with the best of them.

“Blood Pressure” was clearly made in 2005. Matter of fact, it’s the first time I said to myself that I can see Cassidy rapping over a song like this in 10 years.

“Blood Pressure” is explosive, D-boyish and street-inspired. It has Freeway letting loose, as he takes aim at foes and peers. Lyrically, there is nothing special about his verse, but his aggression and grittiness is what catches my attention.

Wayne has been giving us some underwhelming verses as of late; not this time! On this song, he goes off, doing his fair share of screaming, spelling and violent talk. By the end of it, he sounds like he ran out of breath.

I’m not going to lie, 73% of the reason I looked at this album was because of this song.

Freeway doesn’t make bad albums at all. He’s always had this knack for rapping some of the realest bars in the game, backing them up with some pretty nostalgic instrumentals. The combination always results in music that is catered for the soul. Now take everything I said, add more adversity to the equation, and you get nothing but meaningful records from the Philadelphia spitter from start to finish of this album. Who doesn’t like meaningful rap records?

I can’t say enough about the production and the features on this album. Both compliment Free’s style majestically, never stepping on his toes or overshadowing him. Other than Uzi Vert on the disappointing “Swagger On Mayo” track (Which is a stupid title, BTW), everyone sounds like either Freeway fans or fans of Freeway on their respective verses, making sure they give him some of their toughest bars they have laying around in their arsenal.

I know this sounds corny, but I love how appreciative Freeway sounds for the fact that he’s alive and well after a health scare. I just get this feeling of urgency from him to tell his story on nearly every song, translating to music that is high in quality. You can tell he wanted perfection, and quite honestly, he almost reached it with this album.