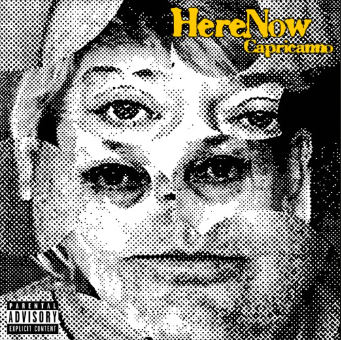 If you haven’t heard of Capricanno, you are truly missing out. He is one of the most unique indie artists in the game right now, especially considering how he mixes genres together when he makes his music. In his newest EP, “HereNow,” he looks to remind listeners how much of a unique mind he has, giving us four tracks full of emotion, unpredictability and absolute beauty.

“Should’ve Done It” is an emotional roller-coaster that is well worth the ride.

“Should’ve Done It” starts off with silky smooth vibes and passionate vocals from featured artists Kayego and Hayden Bailey. As the song goes on, things begin to intensify, morphing into this fast pace/rambunctious record that tries its hardest to get your heart racing.

Eventually, Capricanno gets a chance to take over the song, dropping this tough ass verse over the hard-hitting portion of the beat. More than likely, his aggression is a stark contrast of what you heard two minutes earlier.

Anyone else thrown off at how this song switched up?

“You Ain’t Gotta” is as chill and laidback as it gets, so grab your lemonade and kick your feet up as you let it play.

I’m not going to lie, I completely zoned out listening to “You Ain’t Gotta.” The production behind it boasts this calming nature that utilizes some simplistic instrument-play, while Capricanno delivers some soothing vocals on his contributions that solely focuses on sobering up the human mind.

At the very end of “You Ain’t Gotta,” Jayweh, the lone feature on this song, provides passion to the record, delivering a short yet boisterous piece that almost feels like a well-needed splash of hope and prosperity. Who doesn’t love some good ole hope and prosperity in their music?

Cap, I repeat, why are you toying with our emotions like this?

“The World Is Sleeping On Me” gives listeners a chance to enter into the unique minds of Capricanno and his buddies.

A good chunk of this song sounds subdued, as you get this dreary instrumental and sobering hook from Capricanno that feels nothing less than chilling. Eventually, the track picks up in grittiness, as Street Costello and dc262dc trade punchline-heavy/aggressive verses towards the end. If you are a major hip hop fan like myself, you might find this portion of the album appealing.

“Where Are You Tonight” is a bit somber and dark, but also has a speck of unruliness to it at the end.

For the first couple of minutes of this song, you get some pretty soulful singing from Zaira, Edsimo and Capricanno. Each artist spills their guts about needing to find someone to ease their lonely thoughts, setting the mood for a possible bedroom encounter.

Midway through the song, things completely switch-up… Around this time, Capricanno treats listeners to a few knowledgeable bars, touching on topics such as misguided happiness, the world’s addiction to social media, and my personal favorite, Sallie Mae’s excessive loans. Yes, the switch-up is pretty random, but for some odd reason, it works!

Whether you are a fan of the first or second half of this song, you have to appreciate both for its raw nature.

Four songs is a very small sample size, but if you ask me, the impact “HereNow” was able to give off made it feel like I was listening to a full length effort. For starters, there is so much creativity attached to each song on this project — creativity that is both genre-less and topic-less. Because of this, fans are treated to a body of work that feels unsystematic, unplanned and pretty random.

Unfortunately, In “HereNow,” you don’t get much rapping from Capricanno, but when he does happen to spit, it ends up being pretty damn decent. However, what I learned from listening to this EP is that Capricanno’s best attribute might just be his ability to play architect, as he does a phenomenal job of plugging in featured artists into places that makes sense in the grand scheme of the music. By doing this, he lets everyone shine equally, which results in a really well-thought out body of work.

“HereNow” is an appetizer that leaves you wanting more.