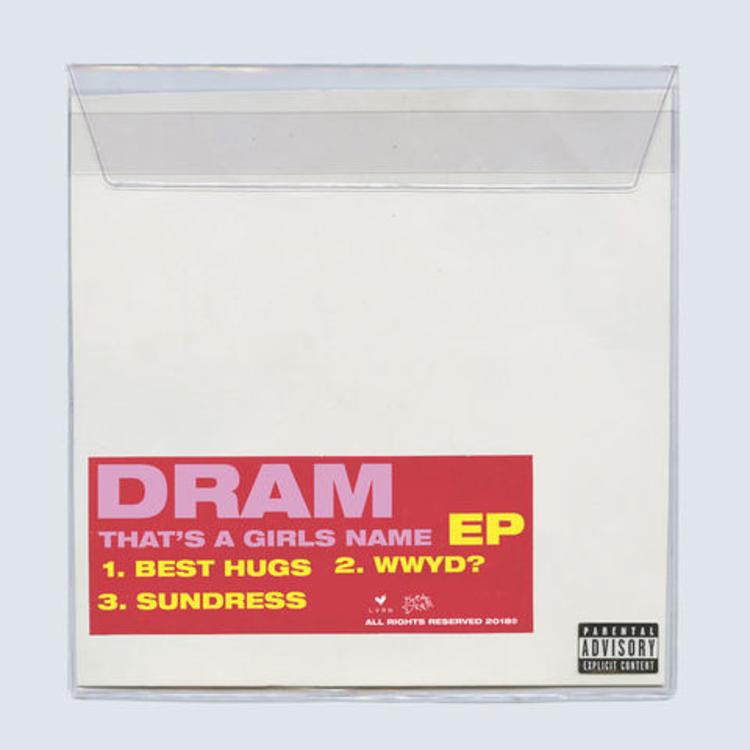 “WWYD” is clearly 90’s inspired music, so I recommend listening to it on a busted ass CD player in the living room of your tree-house.

“WWYD” is a step up in generations from “Best Hug.” It contains grittier verses, and features a pretty powerful instrumental. But the most impressive thing about this song is DRAM’s performance on it: It’s explosive, it’s dynamic, and most importantly, very inspiring! He doesn’t hold back one bit when talking about how to handle money, and I love every second of it.

“Sundress” is clearly 70’s inspired music, so I recommend listening to it on an 8-Track tape in your dusty ass attic.

“Sundress” isn’t my favorite track on this EP, but it is easily the most impressive, to me. With the production to it giving off this electrifying feel (Especially when it comes to guitar-play), DRAM morphs into a modern day Chuck Berry, lusting over this bad joint that’s killing it in a sundress. I love how focused he is to get into this bold and fearless character, doing his best to reach notes that Dwight Howard couldn’t reach, n***a!

I can confirm, a girl in a sundress can make you turn into anything.

“Best Hugs” is clearly 80’s inspired music, so I recommend listening to it on a Nintendo.

“Best Hugs” is both disrespectful and adorable (What a helluva combination). On it, DRAM does some pretty passionate singing, doing his best to describe how he got some other dude’s chick to fall in love with him. Is the song a bit cheesy? Yes, but its vibes are so damn undeniable!

This song will fit perfectly on a soundtrack to “Coming To America.”

Honestly, this EP is an attempt by DRAM to have fun and troll the so-called music lovers of the world. With that being said, it’s still pretty damn good! I feel like the Richmond, VA product stepped all the way outside of the box on nearly every note/rap that he delivered for us, resulting in an impassioned body of work that is somewhat jaw-dropping. Additionally, he picked production that was pure, dynamic and timeless, which I believe gassed him up to overachieve.  All in all, this three track EP is worth the listen, and might end up being the most fantastic thing you heard this week.