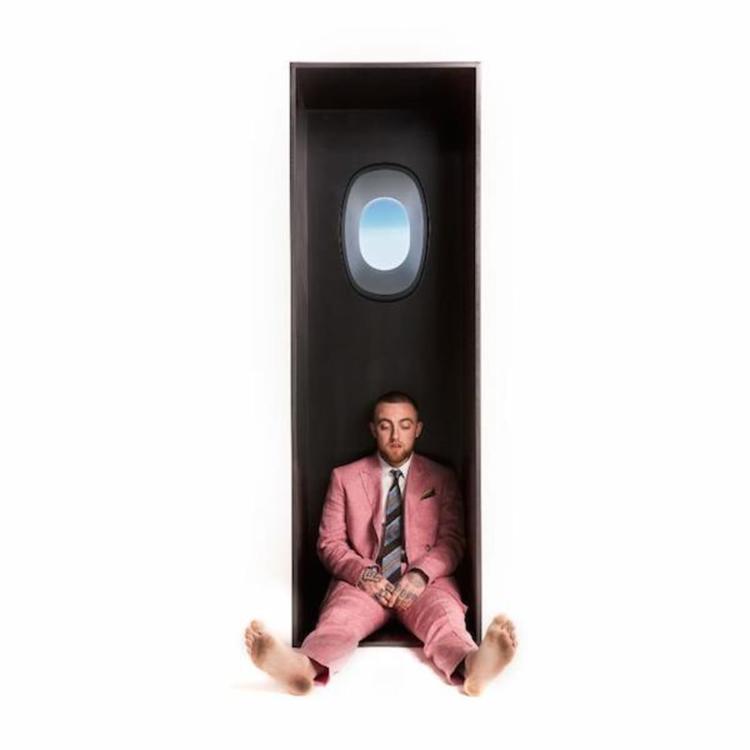 To say “Swimming” is a big album for Mac Miller is an understatement. Since his last one, The Divine Feminine, he’s experienced love, heartbreak, accusations of substance abuse, and one of the most bizarre arrests known to man. publicly, he’s handled each situation pretty well, with one of his smartest moves being not to say much publicly. However, with this new album, I expect to hear a different story. I expect Mac to tackle some of his past issues in the best way he knows he can: Through some lofty raps, bangin’ ass instrumentals and fearless content.

Rapping-wise, Mac Miller gives us his best performance in “Perfecto.” With the beat to this song giving off this drowsy feel, Mac approaches his verses with the opposite: Great animation and lots of confidence. Matter of fact, I will say that he manipulates the beat very well, ending his bars uniquely and unpredictably. Content-wise, he doesn’t stress a thing, despite the possibility of falling flat on his face after a night of drinking/smoking weed and emotional happenings. The version of Mac that is on the hook understands the consequences of such reckless behavior, but rapping Mac doesn’t.

Honestly, I think “Self Care” is the most important song on this album. It features this hazy instrumental that will get you to nod your head, but also have you in your feelings a bit.

I f**k with both the smoothness and realness of the hook to this song. I also f**k with Mac’s simple approach on his verses, as he eases through the beat with his usual appeal and tricky flows. But the thing that stands out the most to me about this song is the vulnerability that our hero shows: He understands he’s headed to a dangerous place in his life, touches on his infamous crash a couple of months ago, and damn there asks for help without formally asking. The song is touching, and with all the suicides happening these days, probably concerning.

There are so many lessons being learned on “Hurt Feelings.” The song is powered by this sobering yet heavy-hitting instrumental that I’m pretty sure would prompt anyone to vent.

On the hook to this song, Mac talks about how much things have changed since he’s been successful and how the people that weren’t following him in his path to success should feel regret. On his verses, he bounces between enjoying life and feeling miserable, pointing out all the money he’s making, girls he’s swimming in and cars he’s driving, but at the same time, also admitting that he doesn’t understand everyone around him and that he has his sad days from time to time. I love the simple-minded approach he uses on his verses, as he opts to drop real ass bars with nothing but unadulterated honesty.

Ahhh, there goes that sunny day I was looking for!

“Ladders” is flat-out amazing! It tries to trick you at first by opening up with this somber feel, but quickly turns into this high-energy/disco-inspired banger that both my Grandma and I can boogie to.

It’s not only the musicality surrounding this song that will catch your attention, but the positive words from our hero should also appeal to you. Throughout, Mac sings about making it to the top despite the demons around him lurking. I love that he raps with this pep to his step on his verses, loses himself in the colorful instrumental on the hook, and most importantly, stays mute when the song turns into an all out parade.

I love how funky the production to this song is. It reminds me of the type of s**t that you will hear at a random black BBQ in DC. Matter of fact, to maximize it’s impact, I made a burnt ass hot dog and started getting down in the middle of my living room floor.

Clearly playing second fiddle to the beat is a version of Mac Miller that is both higher and flyer than all of us combined. He’s also unbothered, as he talks about blocking out the naysayers and focusing on making paper for his crew.

I love how Mac switches between three different styles rapping-wise throughout this song: A smooth version that gets lost in the beat, an aggressive version that flows consistently, and a high version that is probably smiling his ass off and can’t find his car keys.

Strangely, this funkdafied sound you hear on the production to this song works for this particular white man.

It’s so f**kin’ interesting to hear a multi-platinum artist like Mac Miller take a step back and analyze his life the way that he does on this album. I can tell it felt therapeutic for him to do that, because it was therapeutic listening to it from my end.

So lets get serious here for a minute… Mac Miller does several cries for help on this album, and for some odd reason, cries for help are some of the best music to listen to. About 95% of the instrumentals on this album feel sad and lonely, and content-wise, about 85% of the album contains depressing lyrics. But much like that one struggling relative you have that claims he’s doing all right by smiling and cracking jokes at the family reunion, Mac finds a way to plug in some positivity here and there on this project that makes you think he’s doing A OK.

Mac is a phenomenal rapper — he’s always been, and always will be. But what I appreciate about him is that he’s willing to dabble in other sounds to get his points across, and he does that throughout “Swimming.” Whether its his soulful singing or pimpadocious rapping, the Pittsburgh native finds a way to make you fall in love with whatever character he presents to you, keeping you on your toes. But no need to worry, folks, Mac’s strongest attribute is still his rapping, and when he wants to, he’s phenomenal, hurling out punchlines seamlessly and effectively. He also shows a level of confidence that is hella impressive, sprinkling in itty bitty bits of reminders that he’s still one of the nicest on the mic.

In this f**king superficial world we live in, I’m so glad that there is people like Mac Miller! He doesn’t mind sticking his chest out like Janet to us, discussing his highs and lows, good times and bad times, and sober and inebriated moments. For 13 songs, I felt both sorry and proud of him, which means that I too am human and shouldn’t be afraid to let people know about my flaws. Thanks for the confidence boost, Mac!