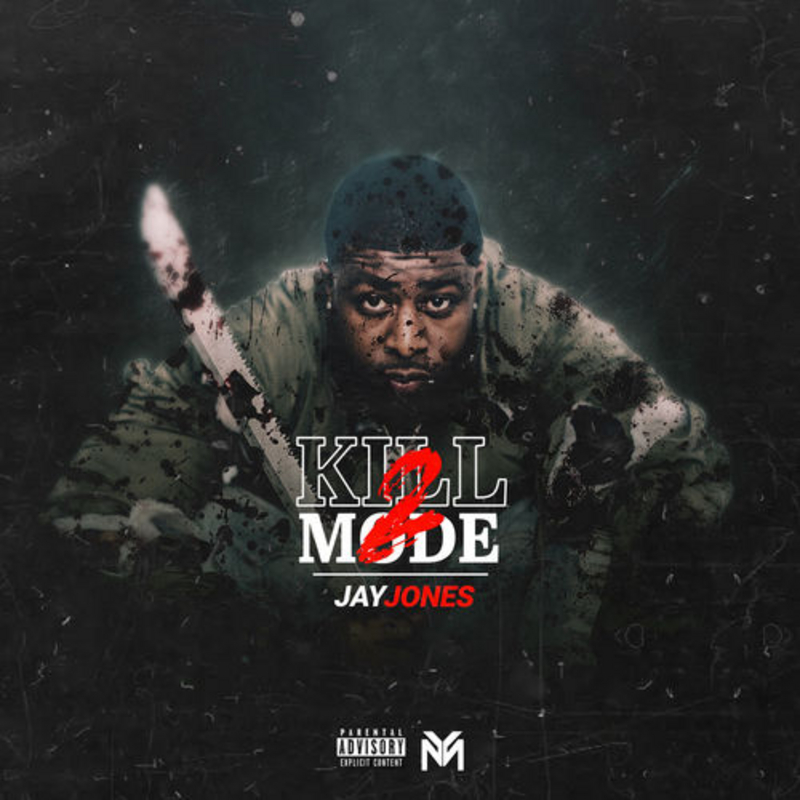 In “Visions (Challenge),” you get the gentlest version of Jay on the mixtape. Not only does he treat the listeners to this soothing instrumental, but he also navigates through the song harmonizing better than your average crooner. Content-wise, he talks about a romantic relationship that he was in that turned sour, and how he bounced back from it with some chicks that are a lot more arousing and down for the cause than his ex. Listeners will like the track because it’s relatable (Who hasn’t dealt with a break-up before, right?), and gain a new-found respect for Jay’s artistry.

“La Whodee” features such a sinister instrumental, and because of this, you get a version of Jay that is villainous. No, he doesn’t try to kill any super heroes with kryptonite or anything, instead, he finesses on bad chicks, totes choppers and boasts his ruthless ways (He’s an a lot more sophisticated bad guy).

You know what I love about this song? Jay approaches it very uniquely, rapping with a consistent flow for most of the time, and in others, test driving this hop scotch-like style of spitting that is very infectious. It keeps you glued to his every word, and encourages you to bop your head throughout.

I guarantee you that “No Time” will have the club and bando jumpin’! The instrumental contains both radiant and hard-hitting elements, something that gets our hero to drop both aggressive and melodic bars. The combination is phenomenal, especially if you’re in the mood for hitting the club.

Jay Park brings similar energy to the song as Jay, surfin’ through the track like raps version of Miki Dora. What I like about his verse is that it features some pretty humbling lines, as he discusses his level of focus when it comes to his career and feeding the fam. If you don’t respect those bars, you don’t respect real life!

Obviously something or someone gets killed on this song because it’s called “Caskets.” But how bad is the kill, you ask? Very bad! Over this menacing instrumental, Jay throws out serious shots towards his enemies while also bragging and boasting about the bad chicks he’s getting and love he’s receiving from individuals worldwide. I love the relentlessness he raps with from start to finish, as he attacks the beat like a n***a that wants it.

This song serves as the perfect introduction to this project.

I f**ks with “Big Shot” a lot! On it, Jay Jones and Punn Da Pusha swag their way through this piano-heavy trap instrumental. What’s the last piano-heavy instrumental you didn’t like?

In “Big Shot,” listeners are treated to a hit that will have you squinting your face and feeling like putting your most expensive diamonds in a haters face. But you know the best part about this song? The style of rapping that both Jay Jones and Punn Da Pusha spit with on their respective verses. They brag and boast about their trill ways using unflappable flows and appealing bars throughout, flexing their God-given ability to dismantle a beat. Correct, most of these rappers brag about what they have in their arsenal, but the way these particular rappers deliver their words sounds a lot more believable than the others.

This song will be on rotation til about Christmas for me.

You know what I love most about Lil Wayne and his Young Money crew? Everyone he recruits seems to have that same love for droppin’ bars and dishing out punchlines. Jay Jones is yet another one of Wayne’s outstanding discoveries, and quite honestly, he’s one of the most impressive. First and foremost, his bravado is solid, as he approaches each track on this mixtape like he belongs, never being afraid to tell it how it is when it comes to the street life, bussin’ down chicks or toting his gun. Aside from that, you get some catchy hooks, appealing bars and infectious instrumentals throughout this project, resulting in something that straddles the line between catchy and tough. All in all, “Kill Mode 2” is not your average mixtape, it’s more high-powered, passionate and complete than what you hear from others. This is why you need to give it a chance, and make sure you tell a friend about it.