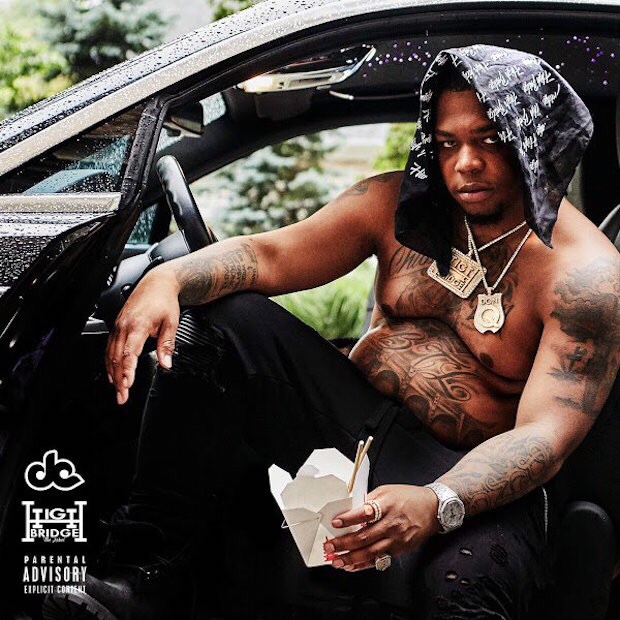 In the deepest track on this project, it’s fitting that Don Q calls on his hometown buddy A Boogie Wit Da Hoodie to help him out.

Lyrically, I believe “I Can’t Lie” features Don Q at his best. He drops some pretty deep bars on it, and even raps similarly to another heavy New York rapper (Notorious B.I.G.) in spurts. Though I have no interest in fact-checking any one of Don Q’s claims of growing up a savage dude on his verses, his gritty demeanor does at least make me want to consider it.

As he usually does, A Boogie adds some soulfulness to this track, giving us something with a nice melody and lots of infectious harmonizing. His part is pretty raw, as he comes across like a mob boss who calls shots and peeps what his enemies are doing through his office with that big ass window that shows the whole city.

More than likely, you are going to think that “Pull Up” is the toughest song on this album. It features this dark trap instrumental that has a great bop and some gentle fluting attached to it (Similar to a Zaytoven beat). Don Q raps over the beat with pizzazz, utilizing some of the flows of today while boasting both his winning and hood ways to the masses. I definitely f**k with his verse a lot.

G-Herbo and Dave East are featured on this song, and in their respective verses, they dissect the instrumental with relentless flows and a bit of chest sticking outing. When you mix the three artists together, you get a solid street record with three completely different styles of rap associated with it.

“Pull Up” is easily the most gangsta term in the history of man-kind.

I don’t follow Don Q’s moves much, but what I do know is that he has a knack for dropping some of the meanest bars in the game. In “Intro,” I was pleasantly surprised at his willingness to get a bit introspective for a few minutes, dropping this emotional track in which he laments all the bad going on in the world while also acknowledging the fact that a few of his enemies is on his neck despite walking and talking like him. I f**k with the dynamic style of rapping he uses here.

If I were to guess, “Intervention” is going to be one of the major club hits off of this project. It features this infectious beat that is both club-ready and slightly gentle, which ultimately results in an absolute banger that never lets up when it comes to trillness. I love the way our hero raps throughout the track, as he makes it a mission to provide us with appealing bars using this laid-back approach.

“Yeah Yeah” is a banger that is chill but still gangsta. It features a tough ass verse by Don Q in which he flexes his hood stripes through some silky smooth bars, and a dance-heavy contribution from A Boogie in which he talks about consoling some chick and being able to provide a fiery melody when he hops in the booth (Which he does here). But the biggest surprise comes from the third verse: 50 Cent guest stars, guys! Initially, he tries his hand at harmonizing, but ends up his gutter self, threatening to shoot his foes in the face if they cross him the wrong way. The combination of the three artists makes for quite the musical experience, especially if you’re from the hood.

Murda Beatz is the best producer in the game right now. His versatility is astonishing!

Do you need an authentic rap fix? I think this Mixtape will give it to you. On “Don Season 2,” our featured artist does everything from rap over trap beats to slay traditional east coast instrumentals. With that being said, I was impressed with his versatility, as he was able to switch styles just as much as any one of your favorite street rappers do for a good chunk of the time.

My one beef with “Don Season 2” is that there is a few songs in which Q sorta coasts through things, practically talking about the same topics as everyone else in the game and rapping the same way the poppin’ is rapping. When he challenges himself like he does on songs like “Can’t Lie” or “Intro,” I think he’s at his best; but when he settles, he’s an ordinary rapper to me. Thankfully, he challenges himself more than settles on this mixtape.

Make sure you check out “Don Season 2” at top. Trust me, it’s at least good enjoyable enough to keep you hooked.