I Am The Dark

Troy Petty Inspires All In “I Am The Dark” (Review & Stream) 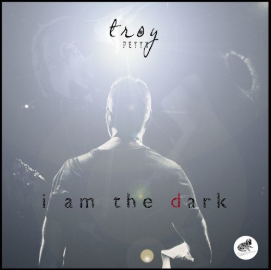 “I Am The Dark” is the first single off of Petty’s upcoming “Director’s Cut” album.

Troy Petty is more than just an alternative rocker, he is also an astute storyteller that doesn’t mind telling riveting tales revolving around everything from redemption to regrets in his music. In his newest project, “Director’s Cut,” he plans on staying true to his approach, while also experimenting with additional ways to make the listeners feel something in their heart and souls. The first single off of the project is titled “I Am The Dark” – A heavy-hitting rock gem that features some thrilling guitar-play, heavy-hitting drumming and a boisterous vocal performance from our hero. It also contains some powerful lyrics centered around embracing the idea of being different, while leaving the Negative Nancy’s and Debbie downers in the dust. Overall, I enjoy the energy of the track, and love everything about its inspirational messages.