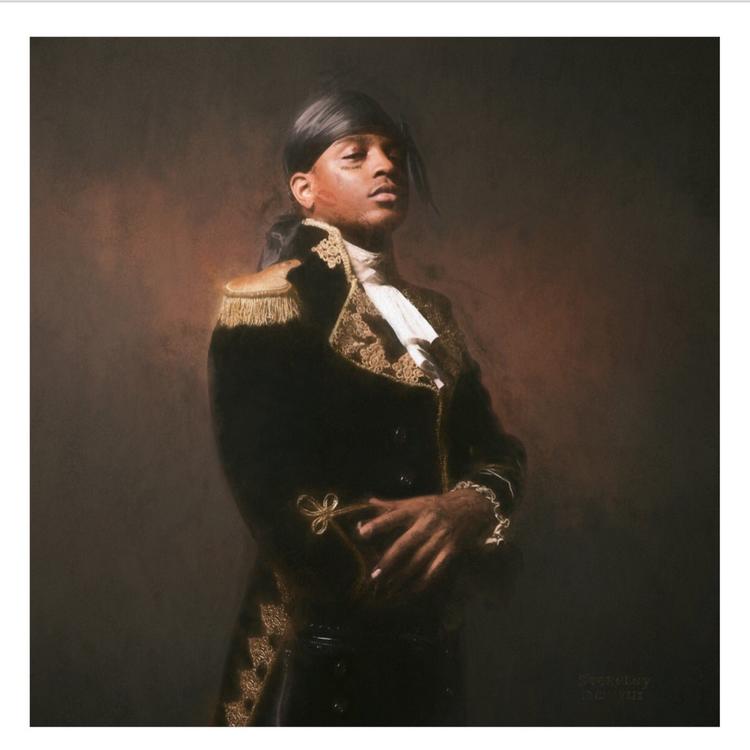 Ski Mask The Slump God looks to end 2018 on a high note with “Stokeley!”

For those of you that think Ski Mask The Slump God is a talent-less bastard, “Save Me Pt 2” will have you changing your mind. The song features these sentimental vibes, a sensual chorus by featured guest Austin Lam, and some pretty impressive singing and rapping by Ski (At least for his standards). I personally think lovers of music in general can f**k with this s**t.

Is this “Splash Waterfalls 3?” Luda was taking too long to make a sequel, so Ski took it upon himself to.

“Unbothered” might be the goofiest club banger I’ve ever heard in my life.

I’m not going to lie, when Ski Mask The Slump God and XXXTENTACION were friends, I thought some of the records they made together were straight-up weird. Now that one of them is gone, I kinda miss hearing the two cut up. In “Unbothered,” you sorta get a chance to reminiscence on those times, as Ski was able to gift us with this goofy ass track that has him showing lots of animation, wacky ad-libs and random ass subject-matters. Interestingly enough, I hear TENTACION’s influence all over this song, in addition to some Shawty Lo influences, too! (On Ski’s verses, he speaks smoothly like the fallen Atlanta rapper from time to time)

I never looked at Ski Mask as a sex symbol/sly ass n***a until I heard “Foot Fungus.”

“Foot Fungus” is powered by this bass-heavy instrumental that sorta sounds like an altered version of Snoop Dogg and Pharrell Williams’ “Drop It Like It’s Hot” beat from back in the day. On this instrumental, Ski raps with this sly demeanor, dishing out some pretty pimpadocios lyrics, a laid-back delivery and extremely infectious sound effects. On first listen, the song will sound stupid to you, but as it plays on, I guarantee you will start thinking you can get jiggy with the s**t!

I really like “So High!” It’s vibes are amazing, Ski Mask keeps things simple with his vocals, and the topic behind it is very relatable. Sometimes you just want to be left alone when you are in your zone, especially if you’re smoking on something good and have a box of Digiorno in your freezer. I feel you, Ski!

It’s pretty interesting that “Nuketown” follows “So High” on the track-listing to this album. I felt like the latter was calm and soothing, while the former contains nothing but explosive vibes.

“Nuketown” is intense! It is powered by this erratic instrumental that I’m sure has a messy room and lives in its mama’s basement. On that instrumental, Ski Mask The Slump God and featured guest Juice WRLD go absolutely ham! I’m talking crazy ass flows, deranged subject-matters and lots of uncontrollable screaming. While listening to both of them rap on this song, I immediately began to understand why they call that s**t in our ears ear drums! (Goddamn, can ya’ll n***as chill out?)

I already knew Ski Mask The Slump God was bipolar, but now I’m starting to think Juice WRLD is, too…

I thought “Stokeley” was rebellious, creative, original, controversial, touching and pretty dynamic. Though silly at times, Ski Mask The Slump God entertained with his outlandish characters, playing everything from crooner to madman.

Somewhere dislodged between all the animation you hear on this album are some really good bars from Ski Mask. I feel like he has flows that are pretty impressive, punchlines that are powerful and a confidence to him that is top notch. With all the wild-n-crazy beats he was handed, he stood tall, never folding, instead, overpowering each and every one of them. Do you understand how hard that is to do?

There were a few features on this album, and 89% of them were Ski Mask The Slump God dressed up as other n***as. The other 11% were solid, as Juice WRLD put up something fiery, Lil Baby put up something normal (Which wasn’t normal based off of all the other crazy s**t I heard throughout this project), and Yachty put up something surprisingly good.

You know what I hear from Ski Mask The Slump God on this album? A willingness to make music that is accepted by the masses, but at the same time, different. I respect that creativity. Aside from that, I love his passion, even if that comes with a bunch of WTF moments for us as listeners.