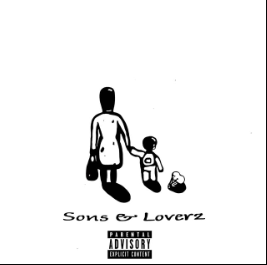 Kasiim is the definition of a talented artist. Not only does he mix, master, produce and write his own music, but the music he creates happens to be pretty powerful, too. In “Sons & Loverz,” his latest effort, Kasiim shines bright, telling tales of everything from lost love to hood success stories.

5. BLOOD OF MY BLOOD

As you can expect, “Blood Of My Blood” is one of the most passionate tracks on “Sons & Loverz.” On it, Kasiim talks about how his torn up relationship with his mother resulted in him being alone and left to fend for himself in the streets.

I can honestly say I felt every single word Kasiim spoke on this song, mainly because he was vivid in his details. Additionally, rapping-wise, the way he pieced together his words was just as poetic as it was combustible. The combination of each aspect results in some real ass s**t.

“Lonely” allows you to hear a different side of Kasiim.

“Lonely” features this soothing instrumental that sounds like an altered version of Cole’s “Breakdown” hit from back in the day. From there, Kasiim showcases his singing skills, gifting us with a few verses that are heavy on both the melodic and honeyed side.

I love how Kas opens up on this song, professing his love for this woman of his that he hopes sticks around through his good, bad and ugly days. I also enjoy the vibes attached to the track, and absolutely love the high-pitched sample you hear throughout it.

There’s nothing like a downtown b*tch! Especially if she can roll a blunt up, too.

“Introduction” is the first track on this album, but “Downtown Bitchez” is the REAL first track, to me. It is powered by this instrumental that gives off both funky and trill vibes. Over this instrumental, Kasiim lets loose, discussing reckless topics such as smashing chicks, smashing bottles, toting guns and grindin’ til the lights come back on. Personally, I love how Kasiim plows his way to the finish line using a steady flow and impressive word-play on the song, feverishly venting until he crashes (literally).

“Loverz” is probably the most commercial-friendly track on this album. From start to finish, it gives off welcoming vibes on the instrumental, hook and verses. To be even more specific, Kasiim keeps s**t pretty chill on his contributions, discussing his mindset, lessons learned and negative/positive experiences that came with dealing with a bunch of women. As usual, you’ll love the tongue-twisting flow he raps with throughout the song, especially how he is able to give off this cool demeanor to accompany it.

If you want to fully understand where Kasiim came from, listen to “All Fallz Down.”

“All Fallz Down” is charming, but at the same time, gritty. Throughout the track,  you get some pretty harmonic contributions by Kasiim, in addition to tough ass bars. The combination of the two vastly different styles makes for this unique description of all the deep ass s**t that our hero and the people around him had to see living in the hood.

A lot of the hoods in America are the same, however, what’s usually different is how the people living in it deal with being there. It was interesting hearing Kasiim’s point of view when it came to living in his hood.

WHAT I LOVED ABOUT “SONS & LOVERZ”

WHAT I HATED ABOUT “SONZ & LOVERZ”

“Sonz & Loverz” was quite the musical experience. At times it felt like a rap diary, and in other times, it shined purely from musicality. I am definitely a fan of how it was put together.