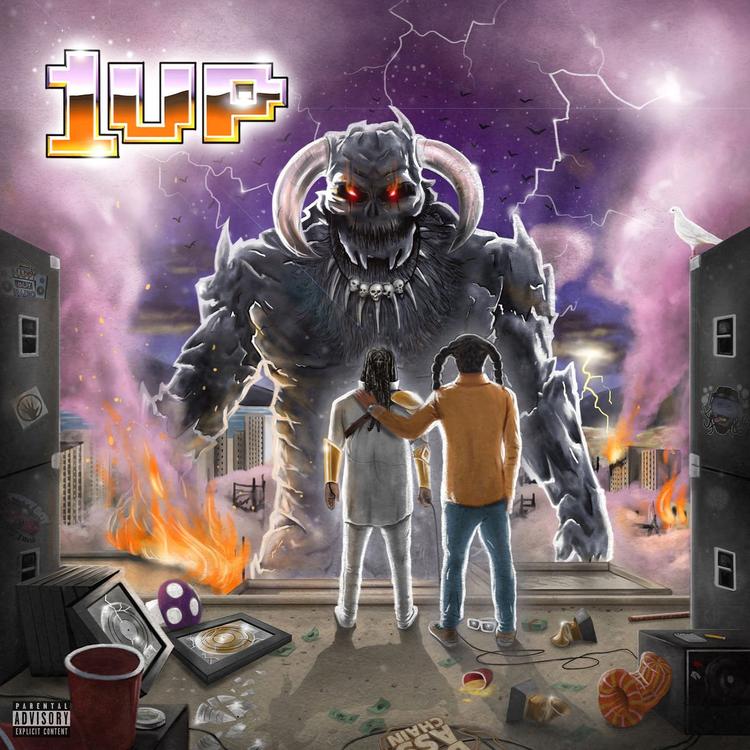 T-Pain is still ticking, folks! After taking a bit of a hiatus from 2011 to 2017, he’s returned to his old form, releasing a bunch of music that has slapped these last three years. “1UP” is his latest body of work, and as expected, it features an explosive version of the legendary crooner that will get you all the way amped up.

“1UP” starts 1UP off, and in my opinion, that was a perfect choice by Pain. The track features this passionate yet bass boomin’ instrumental that allows the Tallahassee singer to be his usual animated self, but also a dude that is reflective of his life journey. Additionally, you get everything from boisterous singing to gritty lyrics from both him and featured guest Profit Dinero on the song, resulting in a hit that is as riveting as it is meaningful.

I love how raw “Goat Talk” sounds. From start to finish, both Pain and Lil Wayne (T-Wayne) talk their s**t, caring less about using inside voices or offending people. It’s almost like the song is supposed to serve as several punches to an aspiring artist’s gut (That’s actually sad).

Don’t sleep on Pain’s ability to drop something memorable on the hook and his verses to this song. Also, pay attention to how hard Lil Wayne’s punchlines and wordplay hits on his verse.

“Here It Comes” is powered by this uptempo instrumental that has its share of soothing vibes attached to it. Over this instrumental, Pain sings heavenly, promising to give his chick all the love she deserves. In my opinion, listeners will enjoy how Pain goes through the motions throughout the track, probably closing his eyes while he gets as explicit as he can get.

Russ is featured on “Here It Comes,” and on his lone verse, he does a little bit of rapping and a little bit of singing. The two sides of him are different from one another emotionally, but on the same page when it comes to the idea of wooing a chick.

Russ and T-Pain sound terrific together!

“A Million Times” features a vibrant vocal performance and sly lyrical content by T-Pain. It also features a funky instrumental and an animated contribution by O.T. Genasis. When you combine all of those aspects together, you get something that is fun, slightly smooth and vintage-Pain sounding.

T-Pain and Present-Day T-Pain unite on “Getcha Roll On.”

“Getcha Roll On” is explosive, vintage-sounding and savage. It features a belligerent/freaky version of Pain that is intent on having a good time, and a version of featured guest Tory Lanez that wants to finesse his way to fourth base with some bad ass chick through some pretty frisky crooning. That should be enough to catch your attention, no?

On the low, Big Tymers’ “Get Ya Roll On” turned out to be a pretty classic record. N***as stole everything from the flows to the hook from it.

WHAT I LOVED ABOUT 1UP

WHAT I HATED ABOUT 1UP

T-Pain is one of those artists that loves to bask in the glory of his past s**t. It’s clear he isn’t wavering from the sound that made him one of the hottest dudes in the game. I find this refreshing, but at the same time, a bit disappointing. But then again, Pain is a great listen when you put 0 expectations on him.