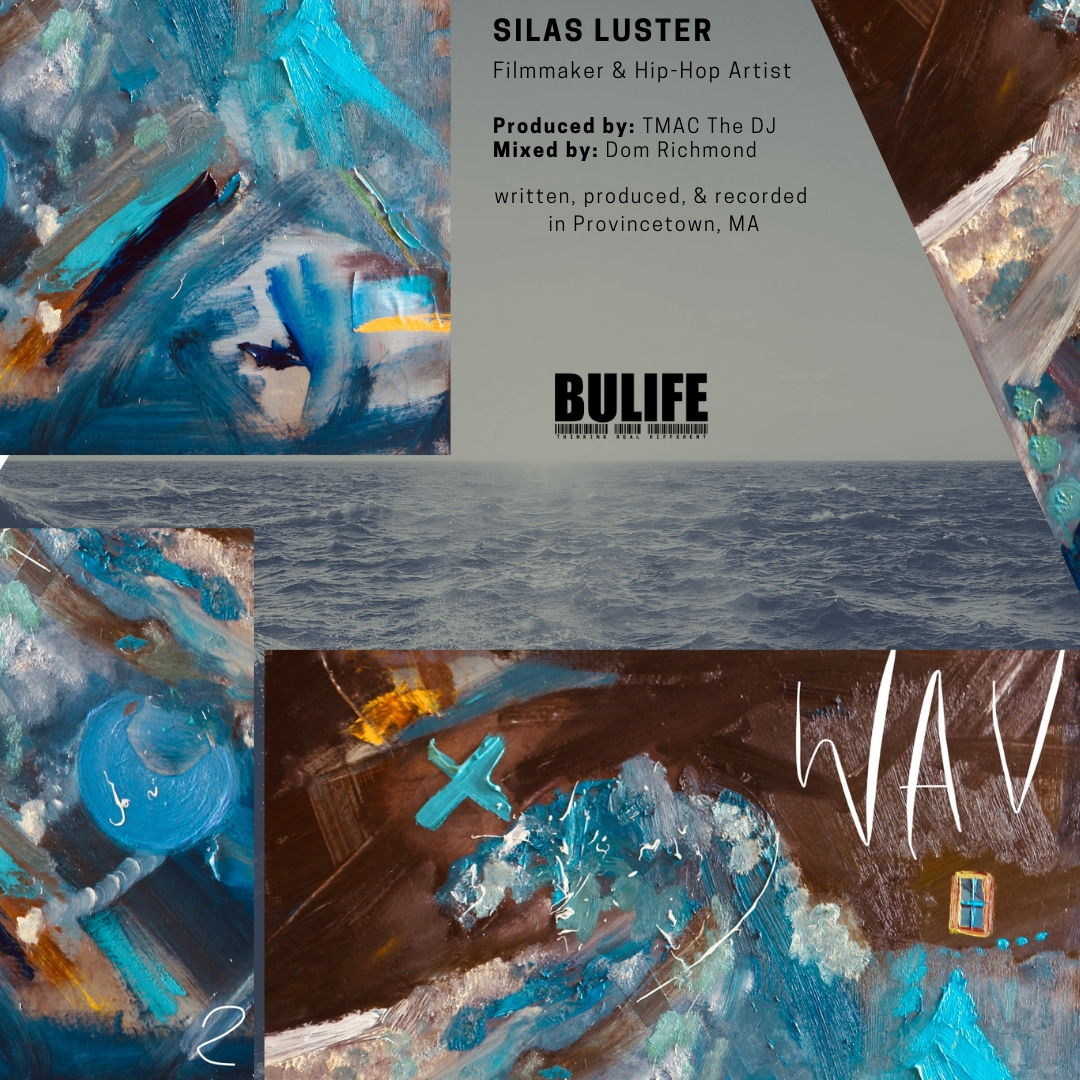 Silas Luster is hip-hop’s version of a Swiss army knife. Not only does he have a knack for spitting bars that are comparable to the ones your favorite MCs spit, but he also has an infinity for film-making, seeking an Oscar just as much as a Grammy for his work. This is fitting, because in his new EP titled “W.A.V.,” the Massachusetts native delivers something cinematic, riveting and authentically hip-hop.

“MOLDAMENSIONS” is a dark banger that features this terrifying instrumental that sounds like it lives in a haunted house in the hood. Over this instrumental, Silas delivers his most dynamic raps yet, slaying each of his verses by dishing out wisdom-filled lyrics, tremendous word-play and controversial content.

Overall, I love the rebellious nature attached to this song, and how Silas excels playing this out-of-this-worldly rap figure throughout it.

You know you are a talented rapper when you can drop bars over an instrumental powered by rain.

The moment you press-play on “O.S.H.N,” you will think you were listening to some Disney on Ice s**t. Once the beat to the song drops, what you get is an explosive banger that features some old school vibes attached to the instrumental, an outstanding vocal performance by the singer on the hook, and most importantly, a myriad of competitive bars by Silas. The combination of the three entities is beyond hip-hop magic, illuminating your ears every step of the way.

In “Diewitit,” Silas gives listeners a true introduction to who he is as a rapper.

Over this tough ass instrumental, Silas drops bars about his rap takeover, women-stealing ways and weak rapper slaying. Throughout the track, he actually comes across like quite the braggadocios dude, sounding like he’s rapping with a smirk on his face the whole time.

I just love how Silas carves the beat he was served with on this song up, continuously throwing body blows at it. Matter of fact, at times, that s**t gives up, asking for several breaks throughout.

“SION” starts “W.A.V.” off right, as it features this lively hip-hop instrumental that literally begs for a true MC to kill it. Well, since Silas fits the criteria, he sounds masterful on it, spitting knowledgeable bars about everything from destroying his competition to the revolving door that is family and friendship.

What I love about this song is that it has this raw nature to it that literally makes it feel like you’re listening to a n***a battle rap himself. I also love Sila’s relentless rap approach throughout, which translates to steady flows and godly lyrical content.

Silas definitely murders every one of his verses on this album. I feel like his wordplay was top-notch, his flows were unflappable, and most importantly, his confidence was glaring. In order to truly appreciate his complex rhymes, you had to pay close attention, cause if you didn’t, you would probably end up missing some truly wise words by him.

Content-wise, Silas touches on a bunch of topics, but somehow/someway, they seem to always revert back to some competitive s**t. Since I come from a generation that loved knocking people’s heads off whenever they hopped on the mic, I am OK with this, but I can definitely understand how younger listeners would strive for more from Silas in this department.

They don’t make albums like “W.A.V.” much anymore. Sila’s focus on gaining listener’s attention through well-structured beats and hardcore raps is one-of-a-kind.