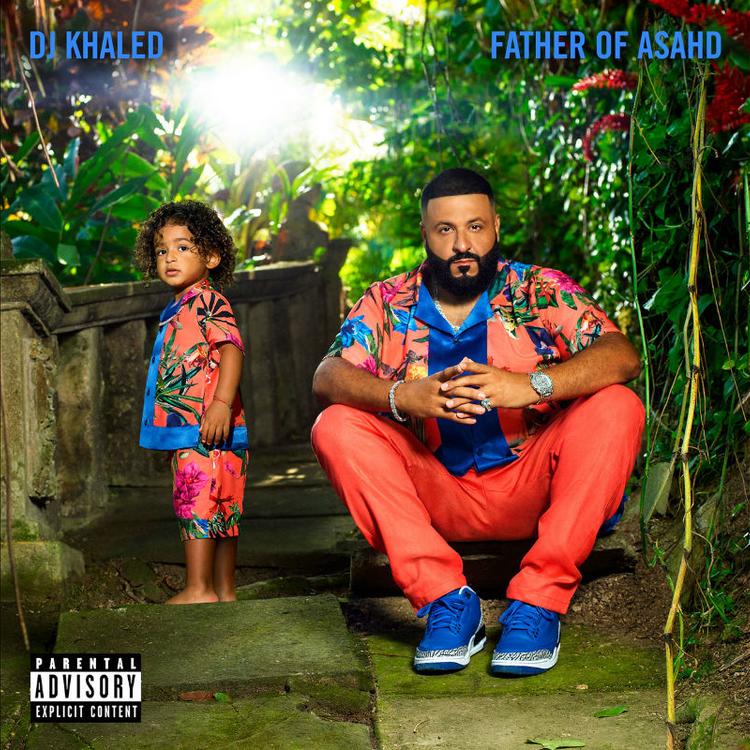 Here are DJ Khaled’s most famous catchphrases: “Another One,” “Major Keys,” “Big Bag Alert,” “Special Cloth Alert,” “LISSSSTEN,””Bless Up,” and my favorite, “Father of Asahd!” While each catchphrase is pretty comical, the last one seems to indicate that there is something Khaled thinks is bigger than he is walking this planet. With that being said, this album is called “Father Of Asahd,” so I expect the chubby DJ’s best music to-date on it.

“Top Off” doesn’t quite sound like a radio hit, but since it features Jay-Z and Beyoncé, it got shoved down our throats. Anyway, on it, Future, the other featured guest on the song, drops this repetitive ass hook that sounds a lot like “I Got The Keys.” If you ask me, his part is pretty useless, but then again, who am I to make that judgement?

As for Jay-Z and Beyoncé, they both drop pretty decent verses on “Top Off,” as each rapper (Yes, I said rapper) tries their best to prove that they are Gucci in the streets, despite being as close to billionaire status as it gets. While their parts are certainly trill, I think they force things a little at times (Especially Beyoncè).

While this isn’t my favorite song to listen to in my free time, that s**t features Jay-Z and Beyoncè, so I’m going to force myself to f**k with it!

How can we transfer Cardi’s heart into James Harden?

At this point, Cardi’s ability to make hits is inevitable. Her presence is amazing, and on the real, lyrically, she’s progressively gotten better. In “Wish Wish,” a song that features a bass boomin’/club-inspired instrumental by Tay Keith, the Grammy award winning rapper (I can’t believe I can say that now) gets her gritty on, rapping about killing her competition and flossing like a n***a that just ate some goat meat. While I’m getting tired of all this strip club hip-hop s**t, Cardi makes it the best, so I had no problem with this song.

21 Savage is featured on “Wish Wish,” and on his verse, he plays Cardi B’s right hand man, shooting his fair-share of shots at his foes, bragging about smashing chicks and treating his chopper like a roommate. Well damn, I guess in the UK them n***as are really about that life!

If you argue with me that there are a lot of songs on this album that are better than this one, I’ll politely tell you to get the hell up out my trap-house (I might sprinkle in the word n***a in there, too)!

This album is for Asahd, so why not praise one of the few Disney-sounding tracks off of it?

I think people will have a love/hate relationship with this song. In one sense, it’s catchy and has some feel good vibes to it, but in another, it is a bit corny. Whatever side you’re on, you’re probably going to come out wanting some popsicles after listening to it.

Sometimes GOD works in mysterious ways. Before Nipsey Hussle’s untimely death, one of the songs he was working on was “Higher” with DJ Khaled and John Legend. Today, we finally get a chance to hear it, and by-golly, it is as epic as I thought it would be.

“Higher” sounds so holy, I feel like I can rain-check church this weekend after listening to it. For the most part, the beat behind it is divine, while John Legend, one of the two featured guests on the track, gives us something pretty powerful on the hook, talking about denouncing the devil and overcoming odds. But in the end of the day, it’s the other featured guest, Nipsey Hussle, that will catch your attention the most, as his lyrics about getting revenge on his enemies, his rough upbringing and love for Los Angeles will give you the chills.

Nipsey’s raps were giving me the chills before he passed, so imagine how I feel hearing him spit now…

DJ Khaled doing an intro to the NBA Playoffs On ESPN over the “Ms Jackson” beat makes so much more sense now.

When I looked at the track-listing for this album, I didn’t expect one of my favorite songs from it to be “Just Us.” First off, it’s only one of three tracks that features one person, and secondly, the title to it isn’t all that special. However, with this hidden gem being powered by Outkast’s classic “Ms. Jackson” beat, I thought SZA slayed s**t! Not only does she do a great job of playing this carefree individual that is intent on living life with minor distractions, but she also proves to the world that she’s past her vocal issues, delivering a wide-ranged performance that features high-notes and lots of passion.

I want SZA to be one of my groomsmen. (She just seems like a cool ass n***a!)

Let’s grade ALL of the features on this album:

Sometimes you can tell when a project means something special to someone; I can tell “Father of Asahd” meant something special to DJ Khaled. While you get his usual antics on it (Commercial ass tracks, a random Mavado feature, and a whole bunch of bizarre collaborations), you also get some pretty riveting music that will make you cry from either joy or sorrow. But in the end of the day, I thought the album was choppy, shifted gears a lot (Some songs are really bad, just bad, average, good and fantastic), and was somewhat forgettable. Cot damn, I hate to play bad guy for this dedication album to little Asahd…