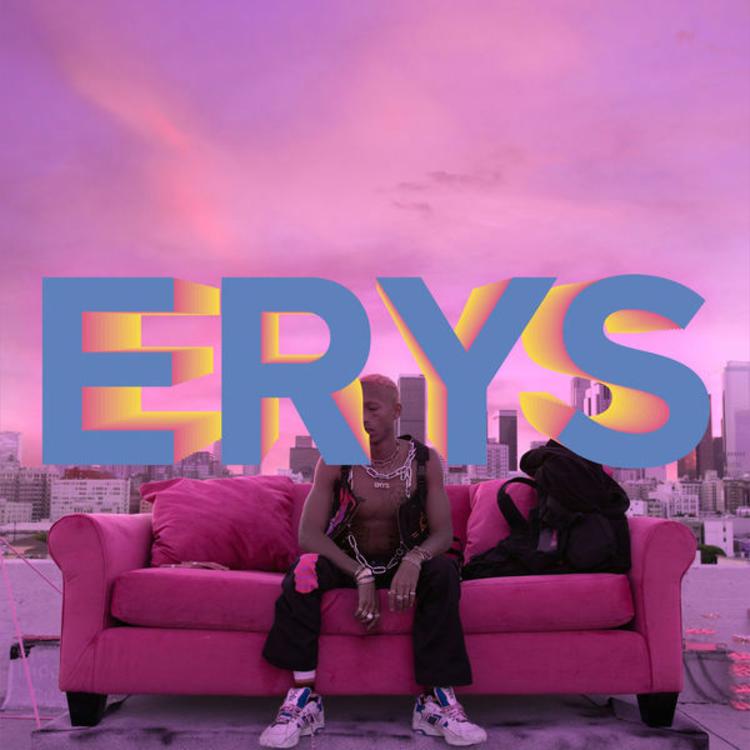 In my humbling opinion, Jaden’s last album showed the world that he is more than capable of making quality music. In “GHOST,” Jaden shows he’s also capable of taking on rap’s finest.

“GHOST” is trill, contains some pretty competitive lyrics, and best of all, the flow Jaden raps with is fantastic on it! On the real, the song literally represents the next step Jaden had to take to grow his fan-base even further, to me.

“GHOST (Remix)” isn’t that great (It features nothing but yapping by Jaden and A$AP Rocky). The original version of the song needed to get love on this post, though.

I bet “NOIZE” sounds like nothing but noise to old people. Matter of fact, you know what that s**t sounds like to me? The music that white kid was listening to on the intro to Michael Jackson’s “Black and White” song.

I love when Jaden is rebellious in his music. For starters, I feel he has a bratty voice, so when you let him cause destruction, it sounds so damn natural, to me. With that being said, “NOIZE” sounds perfect for him, as he bounces between this tenacious individual when he’s rapping, and a very understanding nurturer when he’s singing.

Jaden’s boyfriend (Tyler, The Creator) is featured on “NOIZE,” and on his verse, he uses his villainous voice to smash his competition efficiently. Personally, I love how effortlessly he drops his punchlines on his part, in addition to his steady flow and cool demeanor.

I’m cool with a Tyler/Jaden relationship, especially if they make music like this together.

“K” starts off extremely sappy, vulnerable, unmanly, sad, sobering, somber and depressing. For whatever reason, raw teenage emotion interests me (Especially when it comes to music), so I enjoyed hearing Jaden soak on this part of the song! Another reason I enjoyed this portion of the song is because Jaden delivers a very engaging melody on it and lyrics that are relatable to any man who needs a chick by his side that can deal with his inconsistent emotions.

Towards the end of “K”,  that s**t turns into an all out club banger! You get snippets of n***as getting haircuts, a hard-hitting instrumental and boisterous lyrics by Jaden. S**t, after I wiped the tears off of my face from the first part of this song, I hopped on my couch and jammed the f**k out to this second part!

“Again” starts off as a banger, as it features plenty of mumbling and a heavy-hitting trap beat that just knocked the Cheerios off of the top of my fridge. On this portion of the song, you get a gritty approach from the California native, as he bullies foes and brags about his unattainable lifestyle. Ultimately, the song turns into this complete sapfest, as the once confident Jaden transforms into a clingy ass n***a that probably eats all the red Starbursts in a pack of them and takes naps on random lawns with his girlfriend. Honestly, how drastically this song flipped faces is astonishing.

In my opinion, the best case scenario for Jaden’s career is to be a Kid Cudi 2.0. In “On My Own,” the two unite, creating this thrilling banger that sort-of sounds like a hip-hop version of a super hero’s theme song.

To be honest with you, I didn’t quite enjoy Jaden’s singing on this album… However, on “On My Own,” I really liked his vocal performance! For starters, he didn’t try to overpower the inky instrumental that powers the song — instead, he sort-of glided his way to the finish line, opting to rely on his inspiring lyrics to carry him through. As for Cudi’s contributions on the track, they are flawless! Not only does the Moon Man deliver a fantastic melody on the hook, but he also hums and harmonizes like a n***a that recorded his s**t on some clouds, too.

I would pay an insurmountable amount of money to get a Kid Cudi and Jaden joint album!

I’m still trying to figure out how to navigate in Jaden’s bi-polar world. In one sense, he’s a competitive rapper, taking on anyone that cares to challenge his unruly ways; in another sense, he’s very mawkish, often singing about seeking a love that is real and willing to pick him up from the middle of nowhere when his uber app isn’t working. The combination of both Jadens results in a body of work that is unstable and slightly insolent (It’s your call on whether you want to take that as a compliment or an insult).

In my opinion, Jaden is too talented for his own good. On “ERYS,” I feel like he rarely takes the easiest route to making a hit, opting to drive his artistic mind aimlessly through his tracks instead. To some, Jaden’s defiant mentality will piss you off; to others, you will applaud him for trying to stand out in a music industry in which a good chunk of the individuals sound the same. With that being said, this album doesn’t necessarily have the clearest of raps, the catchiest of hooks, or simplest of bangers (It’s your call on whether you want to take that as a compliment or an insult).

The beats on “ERYS” are fantastic! Yes, a bunch of the s**t you hear sounds like your typical trap bangers, but if you blink (Which I’m sure ears don’t blink), you will miss the multiple effects Jaden’s producers applied to their respective beats. What those effects provided were epic feels that made the heir to Will Smith sound grandiose, important and affluent. In other words, I feel like the producers on this album wanted to make sure Jaden felt like a young king that was making his introductory walk to his throne. Aside from the trap club beats on this album, you also got lovey-dovey, rock and pop instrumentals.

The features on this album were so-so, to me. A$AP Rocky had a great showing on “Chateau,” but a poor showing in “GHOST (Remix).” I thought Tyler, The Creator and Kid Cudi were fantastic on their respective songs, while Willow Smith showed the world she has star-qualities in “Summertime in Paris.” As for Trinidad James, he let the world know he was still alive on “Mission.”

I said the following twice in my summary of this album: “It’s your call on whether you want to take that as a compliment or an insult.” What I mean by that statement is that “ERYS” will absolutely go over the top of your head. While listening to it, you will either end up drunk off of mumble rap, trap club vibes and/or youthful rebelliousness. As a guy that values an individuals artistic side, I appreciated what Jaden brought to this album; but when I put my orthodox cap on, I hear a bunch of boyish noise that is extremely hard to not get irritated by. I’m sure Jaden wanted “ERYS” to cause this tug-of-war between my two greatest sides.