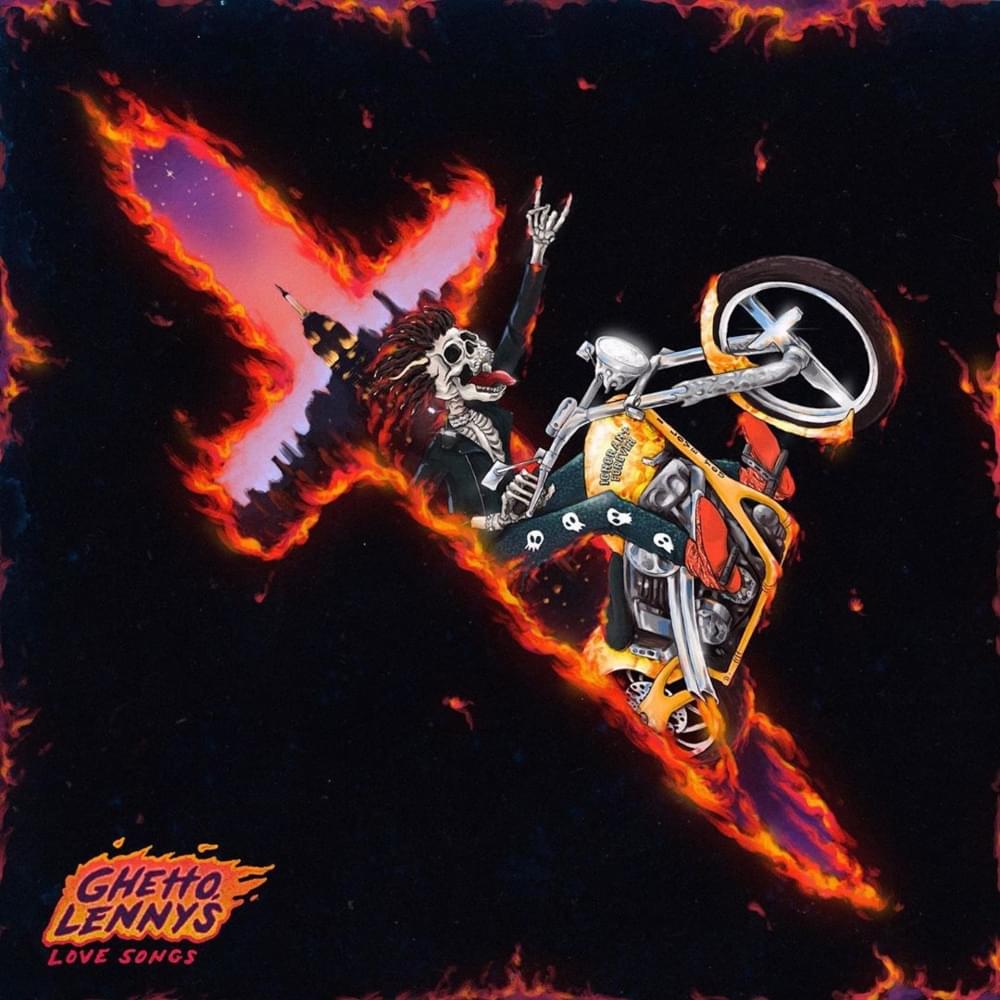 After years and years of claiming SAINt JHN has next, the time is now for the New York rapper to prove me right! (Man, I love being proven right!)

“5 Thousand Singles” is way too trill to pass up on. With the track featuring this fast tempo/bass heavy instrumental, SAINt JHN combines a traditional rap style with this brawny R&B one, utilizing both to let the world know that he’s grandiose enough to be picky when it comes to selecting women. S**t, if I had the voice of a Disney hero like him, I would think I can get any girl I wanted, too!

In “Trap,” the first single off of “Ghetto Lenny’s Love Songs,” SAINt JHN and Lil Baby were able to create this dark banger that features burly/soulful crooning, lyrical content revolving around drug-usage, grinding and lost love, and a hook that I believe club-goers will find comical/electrifying. I personally think the song is a hit, especially because it covers both the regular and bizarre trap n***as of the world.

Are we sure SAINt JHN and Lil Baby are talking about the same trap on this song?

For those of you that were questioning how skilled SAINt JHN was, listen to “Wedding Day.” On it, he plugs-n-plays with several different melodies, and harmonizes like a straight-up R&B singer. JHN also tip-toes the idea of self-assurance, self-confidence and self-empowerment rather nicely on the track, coming across like a hood motivational speaker.

What a helluva way to open up an album, right?

Excuse my language, but “Borders” is a f**king beautiful ass song! Yes, the singing you get from both SAINt JHN and Lenny Kravitz is phenomenal, and the rap verse JHN delivers is pretty powerful, too, but I think it’s the song’s message that strikes a chord with me. On both artists’ verses, they talk about trying to heal this girl’s inner wounds, promising to be by her side each step of the process. Never for a second does this song sound phony or watered down; instead, it sounds honest, heartwarming and timid.

“Anything Can Happen” is a track in which SAINt JHN talks about the paranoia that comes with being a megastar. As usual, what you get from JHN on this song is serious harmonizing, a hypnotizing melody, and lyrics that are a balance between trill and divine-sounding.

All the big highlights from “Anything Can Happen” comes from Meek Mill. On his lone verse, he tackles Kanye’s support of Donald Trump, the pressure he feels from his foes on a daily basis, and his knack for making the smartest of moves in the streets. As expected, you’ll love how relentlessly Meek spits out his bars, as he meets the song’s passionate instrumental with the same energy from start to finish.

Damn, is fame something people should strive for?

If you are judging “Ghetto Lenny’s Love Songs” by the first five songs, it might be the best album you’ve ever heard in your life. Since we are not, I am ready to at least call it one of the best this year. On it, SAINt JHN approaches rap’s stereotypical Illustrious lifestyle in a bunch of interesting/unique ways. (Who wouldn’t like to hear unique trap music?)

SAINt JHN is a legit singer (Like for-real). Not only can he hold a few notes that true R&B singers can, but his knack for creating powerful melodies, harmonies that are heartfelt, and lyrics that are well-thought-out is hella impressive! On the real, I got The Weeknd vibes while listening to this album, and I think The Weeknd is the best male singer in the game right now.

SAINt JHN does show sides of his trap side in “Ghetto Lenny’s Love Songs.” Every once in a while, you might find the Guyanese musician getting trill, sticking his chest out and talking s**t like your typical rap figure. What I love is that JHN doesn’t force this side of himself to come out all that often; instead, he sprinkles it into songs when we aren’t looking.

SAINt JHN’s ear for music is outstanding! Do you know how I know it is? When I listen to the instrumentals he chose on “Ghetto Lenny’s Love Songs,” each and every one of them is passionate, but also quirky, unique and trap. I swear to you, while playing this album, I cried and bopped my head equally as hard.

There were four features on this album (Meek Mill, A Boogie Wit Da Hoodie, Lenny Kravitz and Lil Baby), and each were great, as they met SAINt JHN’s intensity through lofty bars, solid harmonizing, passionate lyrics, and authentic trap vibes. I love how SAINt JHN didn’t put 100 people on this album, but did put people big enough to make an impact.

SAINt JHN is not just a star talent, he is an intelligent human-being that knows how to bridge the gap between trillness and spirituality masterfully. In “Ghetto Lenny’s Love Songs,” not only does he blow me away, but he also makes me vision a way that Gothic, mushy, trap and rich n***as can all co-exist.