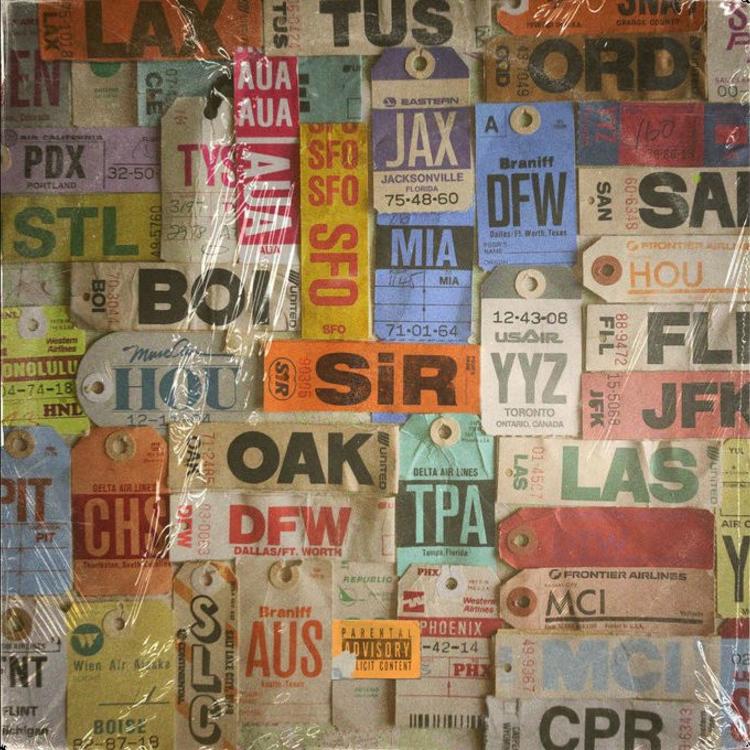 SiR looks to slow things down for the summer with “Chasing Summer.”

“Fire” is the definition of a feel-good love song. Though it boasts plenty of raw sexual lyrics, the way SiR delivers these lyrics is smooth and gentlemen-like. Additionally, the instrumental and melody attached to the song is laid-down fantastically, which as a result, will make you want to close your eyes, snap your fingers, and daydream about that thick ass waitress you saw at your local diner the other day.

You know what I love about this song? It’s uptempo and features a trap instrumental, but SiR and Zacari never alter their urgency or rush things on their respective verses. In my opinion, when you are able to have a beat on a leash like that, you’ve entered a next-level artistry stage.

You get nothing but swag from SiR in “Lucy’s Love.” With the track being powered by this laid-back instrumental that also has a helluva bop attached to it, the 32-year old singer tries to live carefree, dismissing advice he needs and opting to roll up with the best of them. What I love about SiR’s contributions on this song is that they are wisdom-filled, but so effortlessly wisdom-filled that I am convinced he was higher than a kite when he laid them down.

Lil Wayne is featured on “Lucy’s Love” (Of course this weed-head would be featured on this song). On his lone verse, he sings (or tries to sing) about doing some nasty things to his girl, smoking on some good-good, and being a rebellious figure. While Wayne’s verse is just as clever as SiR’s, I couldn’t tell, mainly because it sounded like he was about to throw up the whole time on it.

There are so many quotables on this song…

Hold the f**k up, isn’t John Redcorn a character from King of the Hill?

I love the soothing vibes that you get from “John Redcorn.” Not only does the track feature this serene instrumental, but throughout it, SiR sings heavenly, reluctantly opening up about how much he cares for this woman he’s seeing on a daily basis. While you may have trouble staying awake listening to the track (It’s not boring, it’s just really soothing), I think the topic behind it is too real/relatable to go to sleep on.

This song is very ‘6lack-esque.’

I’m cool with SiR letting his hair down, just as long as he isn’t standing next to some fire (Let Michael Jackson’s Pepsi incident serve as a lesson).

TDE’s singing and rapping department is strong. On “Hair Down,” one artist from each department (SiR and Kendrick Lamar) decided to join forces with one another, creating this pretty serene banger that features weed praise, an instrumental with a helluva bop, trill bars, and lastly, plenty of pimp talk. S**t, I feel like I caught second-hand smoke listening to this muthaf**ka!

In my opinion, there is no possible way you can appreciate “Chasing Summer” as much as you’re supposed to. Not only is the singing you get on it fantastic, but the instrumentals on it are timeless-sounding, the subject-matters and lyrics are meaningful, the vibes are magical, and SiR’s veteran approach to the project as a whole is impressive.

I’ve heard so many different approaches to love these last couple of years, but on the real, I haven’t heard one similar to SiR’s. Regardless of the ups-and-downs that comes with being in a romantic relationship, the TDE singer doesn’t stress a single sentiment of his… It’s almost like he is the type of guy that remembers to ‘stop, drop and roll’ when he’s on fire. Aside from relationships, SiR also tackles the idea of rolling up and making money with the same calm he tackles relationships… It’s almost like he is the kind of guy that remembers to run in zig-zags when an alligator is chasing him. (F**k what you heard, I’m staying at SiR’s house during World War III)

Even after two fantastic albums, I still wouldn’t be able to recognize SiR if he ran up on me in the streets and gave me a wedgie. In a sense, that’s what makes him such an appealing artist. While everyone wants to claim that they are the realest because they tote guns and disrespect women, SiR shows the world he’s the realest by loving on women and smoking on fat ones very silently; I respect that approach a lot!