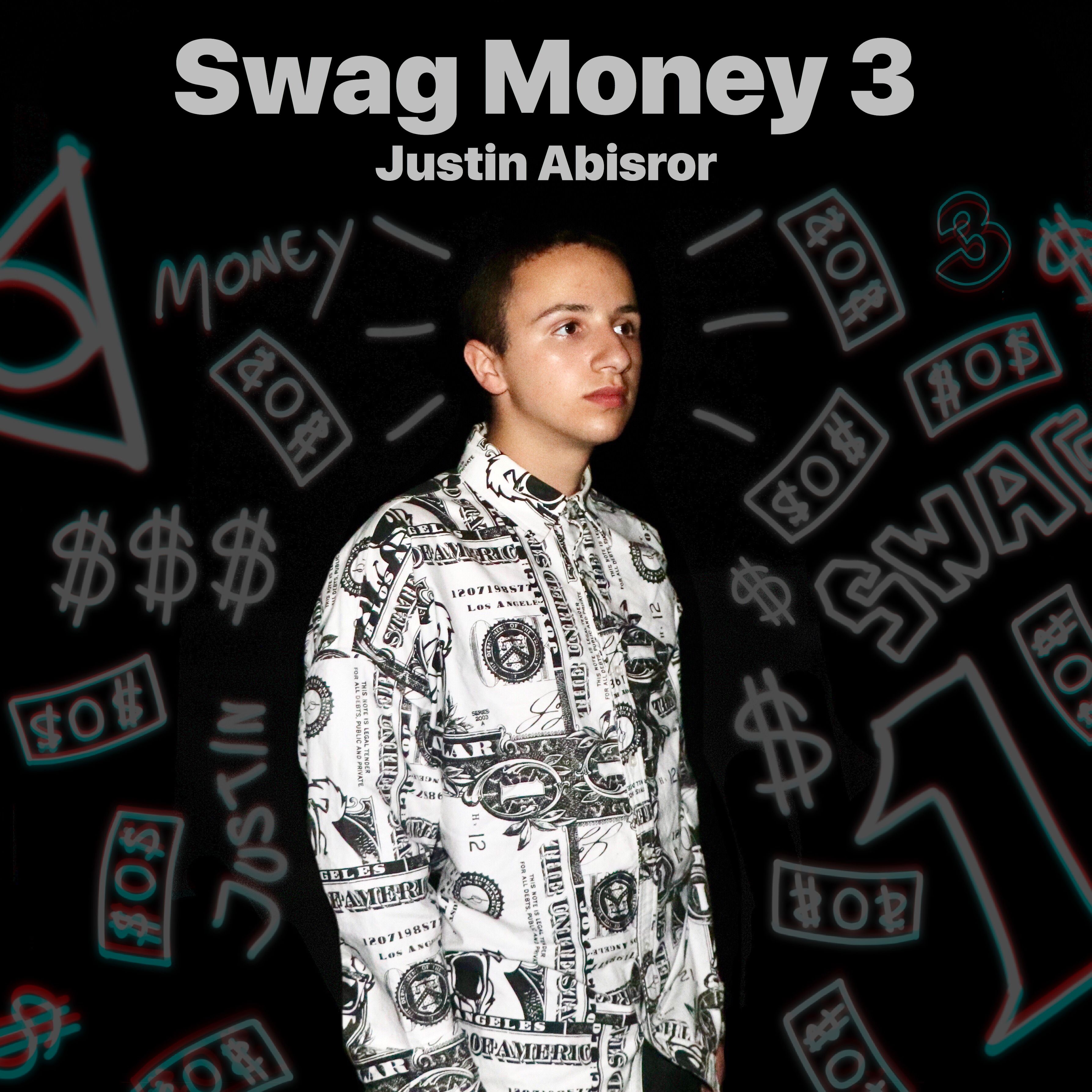 “Tilted Towers (Remix)” has a pretty dope instrumental to it (It’s bass-heavy and trill). Over this instrumental, both Justin and featured guest Knock Monsterr go back and forth on some fightin’/competitive/video game s**t (Yes, s**t is real on this song!).

While I love the aggression that both Justin and Knock rap with on this song a lot (Especially Knock), I still can’t get down with the idea that Minecraft is better than Fortnite (I’m sorry, guys!).

I love living in a world where video games can spark beef!

In “IDK,” Justin tries to bake (Literally), slay and demolish his competition.

For the most part, “IDK” takes on an outer space-ish tone, as instrumentally, you get some Star Trek s**t on it. Lyrically, you do get a version of Justin Abisror that is gassed up, as he plows through his verses with pure swag and confidence (Any rapper that shows these two characteristics is cool with me!).

In “IDK,” it’s almost like Justin is intent on sounding like he’s killing his ops in an uninterested manner (I could definitely hear him saying, “Tsk Tsk” in this song). I guess his competition is peasants to him…

Despite “GTFO” sounding kiddy as s**t, I f**k with the song! For starters, I believe the hard-hitting, yet gentle beat attached to it is hella dope, even though it gives me Rugrats flashbacks at times. Additionally, I feel like the hook featured guest GFOTY and Justin deliver is catchy as hell (Despite it sounding extremely kiddy), the flows Justin amd GFOTY rap with are pretty dope, and the futuristic feel the song gives off as a whole is ill.

First and foremost, “BTW” is powered by this terrifying/robotic instrumental that literally sounds like it was created by The Terminator. Over this instrumental, Justin and featured guest Ameer Ali trade bars, rapping about luxurious items, bad women, royalty and fame.

While “BTW” does have some goofiness attached to it, I do f**k with the trill ass hook you get on the track, in addition to Justin’s low-key solid punchlines. I’m not going to lie, I enjoyed myself listening to this joint!

“ASAP” starts off quirky and bizarre, and ultimately, it turns into this even more bizarre track that features tons of talk about religion and the impact it has on Justin’s life (Based off the money outfit Justin is wearing, I didn’t see that coming).

Believe it or not, “ASAP” is hella catchy, the bars you get from Justin on it isn’t half-bad, and as a whole, I love how the song is orchestrated (Especially when it comes to how Justin plugged in featured guests Sam and B.B.O.B. to add soulful and gritty contributions to the song). I also love how the instrumental changes faces more than Renee Zellwegger, keeping you on a roller-coaster ride from start to finish.

Justin Abisror is clearly a young cat that is still learning the ins-and-outs of rap. At times, I feel like he has superstar written all over him, while at other times, I feel like he just hit puberty (No offense). Nonetheless, I thought this album was quite the experience, especially when you consider all of the different sounds you get on it.

Justin’s mind is very peculiar. On this album, he touches on a variety of topics such as video games, religion, money and vaping. He tackles each topic with great energy, showing the world he has equal passion for everything.

Justin also has an astute ability to deliver punchlines. Throughout this album, he hurls out clever bars to help him piece together his thoughts. In my opinion, this was the best aspect about this album, mainly because it showed me that he actually has a love for rapping.

The guest features on this album were solid. I thought Ameer Ali, Sam, B.B.O.B and more gave it well-needed changes of paces. I also thought they added a level of grittiness to their respective songs.

The beats on this album are also solid. They are hard-hitting, zany, and different from what you are used to hearing. I also believe they fit Justin’s unique style really well.

While “Swag Money 3” may not be the best album you heard in your life, I do think it’s entertaining enough to enjoy. As an adult, it may not be your cup of tea, but as a teen, I think it will strike a chord with you.